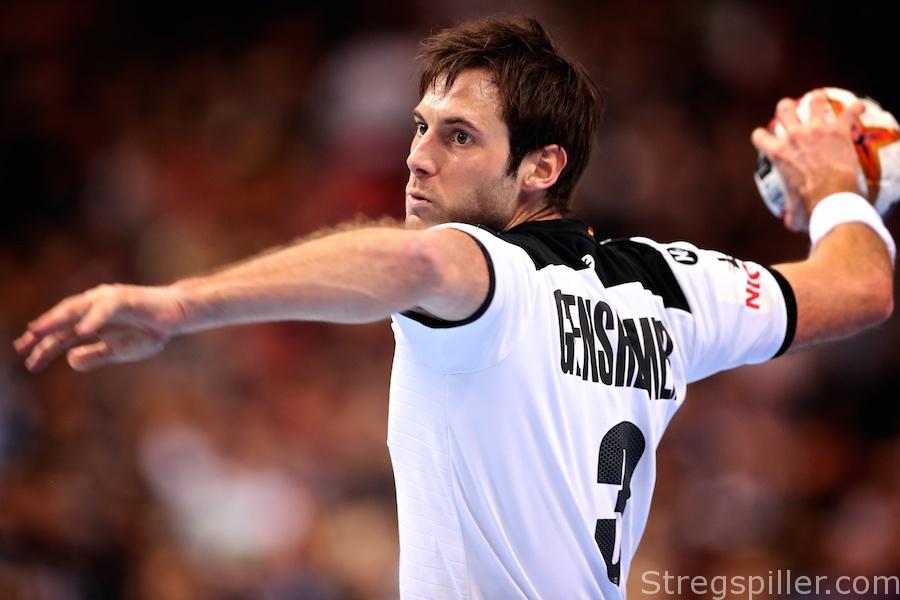 Germany all but assured they will be heading to Tokyo this summer with a brilliant victory over Slovenia on Saturday, displaying both physical and tactical dominance.

Coach Alfred Gislason – 10
His claim that he left Wolff out of Friday’s team to allow him to focus on Slovenia’s shooters, who he knew well, may have raised a few eyebrows yesterday but that plan will have people raising a glass to him tonight as Germany have all but booked their ticket to Tokyo. He set up the team and their tactics brilliantly, frustrating Slovenia’s tricky attack and physically dominating them all over the court.

Hendrik Pekeler – 9
Marshalled the defence beautifully. Once they got the hang of the connection between Zarabec and Blagotinsek, he helped cut it out and dominated in defence. Made the game look easy today and even got himself three goals despite barely playing in attack.

Marcel Schiller – 9
Friday’s hero had a poor start with a couple of misses, including a penalty, but then found his rhythm and looked a menace on the wing and counter attacks, scoring seven goals from then on. Scored a gorgeous spin lob in the second half and looks to be Germany’s best winger at the moment.

Julius Kühn – 9
Brilliant start to the game with three goals as he was Germany’s big back court threat, before getting himself a couple of silly suspensions in the first half. Managed to avoid trouble from then on and had done more than enough to ensure the victory in the first half, scoring five of his six goals.

Andreas Wolff – 8
Was held in reserve on Friday in anticipation of this match and it worked a treat. He was well and truly in the Slovenian players’ heads, reading their shots really well, standing in waiting for near-post shots in particular. 10 saves at 37% for him in combination with a brilliant defence.

Johannes Golla – 8
All-action first half for him, scoring a pair of good goals on the line and reading Slovenia’s attack well to intercept some passes to the line. Ended up with an average scoring rate of 3 from 6 but deserves plenty of credit for his defensive display alongside Pekeler.

Steffen Weinhold – 8
A classic no-nonsense performance from the right back, going about his business at both ends of the court without any grand gestures.

Kai Häfner – 8
Continued to be the assist machine for Germany today, setting up seven goals for his teammates while scoring a pair of his own. Forming a really reliable right back pairing with Weinhold at the moment and delivering the kind of performances Germany needs.

Timo Kastening – 7
A few misses, including a penalty, the only thing bringing him down today in what was otherwise an assured performance on the right wing. He has come a long way since the previous Germany coach Christian Prokop forgot his name just over a year ago.

Philipp Weber – 6
Enjoyed more success taking on the defenders and being a nuisance for the opposition today, not trying to do anything special. His shooting was a bit costly, scoring 2 from 5 but managed the attack well.

Sebastian Heymann – 6
Came in for a couple of short periods in the first half without offering much but came into his own in the second half. Displayed just how powerful and dominant he can be in attack with three big shots going in and another pinging off the post.

Silvio Heinevetter – 6
Tricky to come on in goal for the final quarter with the game done and dusted, a time when defences usually switch off a bit, but he made a couple of truly brilliant stops to show why he deserves a place in the squad.

Juri Knorr – 4
Came on with the game already over as a contest. Tried to inject a bit of pace in the playmaker position but gave the ball away cheaply a couple of times and missed a sitter.

Fabian Wiede – 3
Clearly still needs some time to find his way back into this team after more than a year away. Tried his luck with three shots and missed them all. Interesting to see whether he’ll fit in this team solely as a playmaker with the right back position seemingly fully booked.

Coach Ljubomir Vranjes – 3
Played right into the hands of his old rival Gislason and Germany. Their style of play troubled the opposition for a few minutes but the well soon ran dry and there was no real plan B. Difficult to blame Ljubo completely as it felt like the players strayed from the plan as soon as life became difficult. Plenty to think about before Sunday’s showdown with Sweden.

Blaz Blagotinsek – 7
The only bright spark in a miserable first half for Slovenia. Made space for himself and scored with every ball that came his way. Not so efficient in defence, however, as he was simply avoided by Germany and left unable to get involved.

Urban Lesjak – 7
Goalkeeper for the second half and he did very well, saving 10 shots at 32%, which may have earned him the starting spot tomorrow.

Dragan Gajic – 7
Played the second half on the right wing and showed glimpses of the stunning form he has had in the French league this season. 4 goals from 5 attempts, including a few well-taken penalties.

Stas Skube – 6
Scored all of his three goals in the final quarter, practically garbage time. A better reflection on his performance is his five assists stacked up against four turnovers.

Gasper Marguc – 6
Only given the second quarter out on the wing and did a solid job, scoring both his opportunities and adding an assist.

Blaz Janc – 5
Really bright start to the game on the right wing but it all went downhill once he moved to the back court. Did well to create room and chances for himself but his tame shots were predicted and dealt with by his former Kielce teammate in the German goal.

Miha Zarabec – 5
Had a phenomenal connection with Blagotinsek early on, giving a few really nice assists. But that all changed once Germany’s defence sat back and invited him to try his luck along, which he did and it did not work in the slightest.

Darko Cingesar – 5
One of the few players to produce some positive actions in defence, with a block and a steal, also scored 2 from 3 on the left wing.

Matej Gaber – 4
Came into the centre of defence early on and was caught out a few times. Ended up with a decent 38 minutes on court but was barely noticeable for much of it.

Tadej Mazej – 4
Played the first half on the left wing and number 2 in defence. Was far too passive and physically outmatched in defence, while he scored one of his two shots on goal.

Rok Ovnicek – 4
Used as the left back Slovenia were desperately missing and did his best. Always looked positive and keen to make an impact, scoring three goals, but missed a couple of must-score chances and had three turnovers.

Klemin Ferlin – 3
Played the first half in goal and was left for dead by his teammates. Could have done better with some shots though and ended on a poor 3 saves for 18%.

Jure Dolenec – 2
A nightmare for the right back today and a performance which summed up Slovenia’s first half. With five shots saved and three turnovers, nothing seemed to work out.

Gregor Potocnik – 1
Had the worst start to a game I’ve ever seen. Got a two minute suspension in the first defence of the match, came back on and got another right away, hurting his hand in the process. Came on at left back for a short spell and threw the ball away.