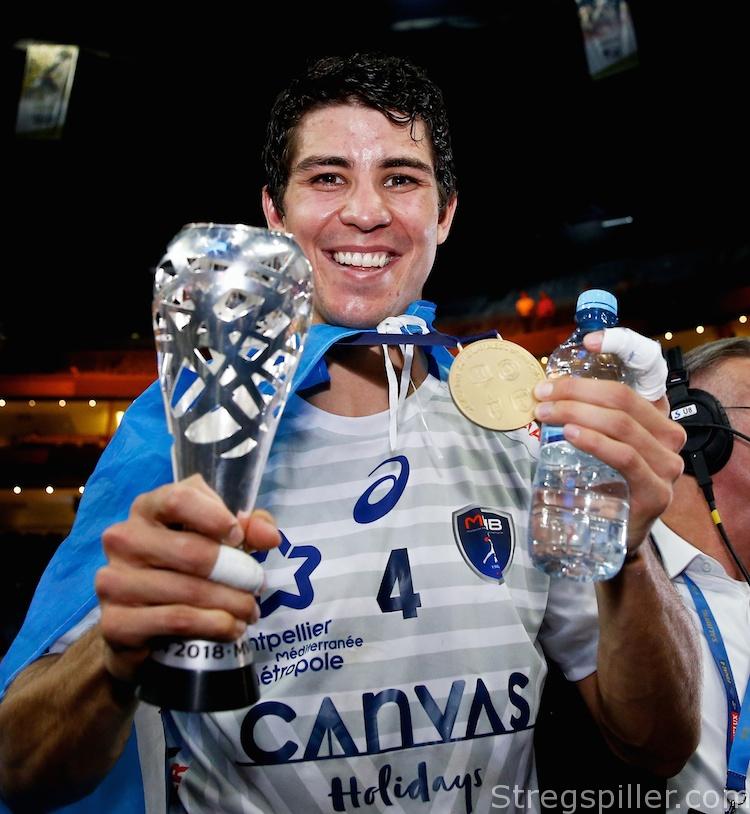 After a fascinating final, played at a relentless pace, Montpellier picked up their second European title in 15 years at the VELUX EHF FINAL4 with a 32:27 win over Nantes on Sunday. Here are the ratings for all players involved and the two head coaches, with everyone rated on a scale of 1 to 10.

Coach Thierry Anti – 7
The changes he made at half-time were inspired, but needed his big players to perform for the entire 60 minutes to stand a chance of winning.

Kiril Lazarov – 8
Showed us he still has it. Most influential player in attack for Nantes with six goals and the odd assist.

Eduardo Gurbindo – 7
Used as a defender in the second half and did a brilliant job, before adding a few goals late on. Did whatever was needed for the team.

Espen Lie Hansen – 7
Finally got his chance in the second half and immediately scored three goals to level the match. Not much joy after that and should have been trusted to make a bigger impact.

Dominik Klein – 7
Ended a barren spell for Nantes after 20 minutes. Did his job well when called upon, but the attack was too focused down the middle of the court.

Rock Feliho – 6
Battled throughout in the centre block, but could not keep Fabregas quiet.

David Balaguer – 6
Scored a few nice goals, but 4/8 from a wing player is too inaccurate. Gave away a couple of balls when in the back court.

Olivier Nyokas – 6
Scored twice in the opening four minutes, but that was all Nyokas could produce in attack.

Romain Lagarde – 6
Played very well in the first half, before going off with what looked like an injury.

Cyril Dumoulin – 6
Kept his side in the game during a difficult first half spell. Made what looked at the time like a momentum-swinging save in the second half, but he and Nantes couldn’t keep it going.

Nicolas Claire – 5
Got away with a red card offence with the shoulder barge on Porte. Could not come up with a solution when Plan A did not work.

Romaric Guillo – 5
Defended aggressively and well in the centre block in the first half. He and the rest of the defence went missing in the second.

Nicolas Tournat – 4
Won a few penalties, but no goals to his name. With so much of Nantes’ attack focused around him, they needed him to put some chances away.

Dragan Pechmalbec – 4
Plenty of energy when brought on to defend, but was left behind on a couple of occasions and lucky not to get a two-minute suspension.

Arnaud Siffert – N/A
Did not play enough for a rating.

Coach Patrice Canayer – 9
Made the right substitutions at the right time and did not take panic timeouts when Nantes closed in twice in the second half. Made good use of Truchanovicius and Porte, who were not firing in attack, while giving squad players a chance to shine.

Diego Simonet – 10
Much more freedom in attack today and it showed. The Argentine well-worth his MVP award as he tore through the Nantes defence, scored some beautiful goals and even survived smashing his face into ‘The Rock’ in the first half. His hattrick of goals in the final six minutes made the difference.

Ludovic Fabregas – 9
After feeding off scraps yesterday, he exploded today, making full use of the space he had to play with. Lethal finishing saw him pick up six goals as he showed us his composure and athleticism.

Vincent Gerard – 8
Sublime goalkeeping in the first half, laying the groundwork for victory. Didn’t have many saves in the second half, but his defence didn’t leave him with too much work to do.

Melvyn Richardson – 8
Got himself into early foul trouble with two suspensions, but eventually found his rhythm with more selective and accurate shooting. An MVP candidate for a pair of very good performances this weekend.

Mohamed Mamdouh – 8
Where did this performance come from? The Egyptian with his biggest European performance by a mile and what an occasion to do it.

Vid Kavticnik – 8
Excellent performance from the Slovenian all-rounder, who made the most of his chance on the wing, providing some brilliant assists and 4/4 from the penalty line.

Jonas Truchanovicius – 7
Had a tough time in attack, but he kept on truckin’ with a strong defensive display, setting up teammates and a fast break goal of his own.

Mohamed Soussi – 7
Hyper-active in defence, did not give Tournat an inch. Produced a couple of sublime moments in attack.

Jean Loup Faustin – 6
Employed up top in the 5-1 defence early on and did his job of pushing the pace well again. Displayed his ability with the ball in hand as well thanks to a sweet spin through the Nantes defence to score.

Nikola Portner – 6
Two penalty saves against Lazarov deserve a rating and a gold medal for Switzerland.

Valentin Porte – 5
Not Porte’s day today, but deserves a 5 – simply for returning to court after going down heavily from a nasty shoulder charge by Claire.