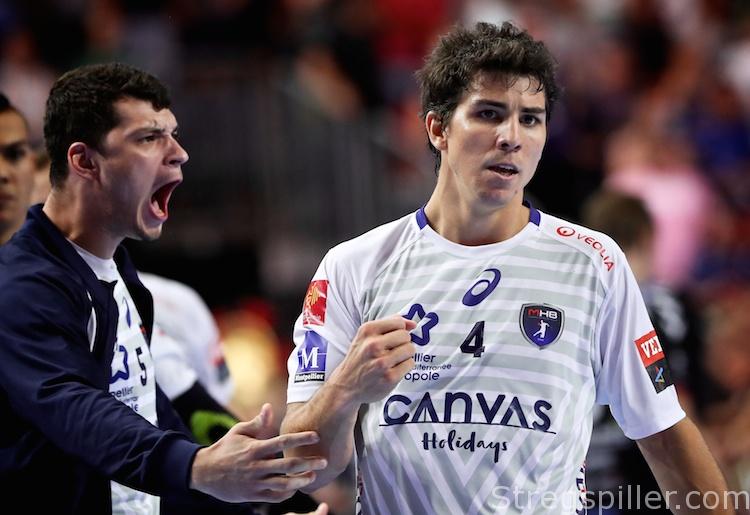 Montpellier made it an all-French affair in Sunday’s gold medal match at the VELUX EHF FINAL4, thanks to a 28:27 win over defending champions HC Vardar. Here’s how the players and coaches involved got on, with everyone rated on a scale of 1 to 10.

Coach Raul Gonzalez – 7
One cannot criticise Gonzalez much. He made the right call to switch goalkeepers and set many things straight at half-time.

Luka Cindric – 8
Struggled to set the desired pace in attack early on and made some poor decisions, but second half saw him catch fire in attack.

Ivan Cupic – 7
Only goalscorer for Vardar in opening 10 minutes with two penalties and had a good match overall before being replaced by Shishkarev.

Vuko Borozan – 7
Main attacking threat in the second half. Stepped up every time Vardar required a goal, until the final 10 seconds of the match when his shot flew wide of the right post.

Jorge Maqueda – 7
Excellent breakthroughs in attack saw Maqueda pick up four goals. Would have liked to see more from him.

Ilija Abutovic – 6
Made an impact in the defence during the second half and kept Fabregas fairly quiet. He and his defence caught stuck to the six metre line a few too many times by Richardson.

Rogerio Moraes – 6
Most successful line player with two goals, but that says more about the overall performance than anything else.

Stojance Stoilov – 6
Fought hard at both ends of the court, like he always does, and created some opportunities out of nowhere.

Strahinja Milic – 5
Made some nice stops in the second half, but his three and Sterbik’s solitary stop simply not good enough at this level.

Joan Canellas – 5
Smart and unselfish in attack, dishing out five assists alongside his one goal, but the odd mistake at key moments could have turned the match.

Timur Dibirov – 4
Never seen Dibirov less involved in a match. Just a single shot and goal for the Russian wing.

Dainis Kristopans – 3
Doubts about his ability to shine at this event were not dispelled today. Crashed a few shots off the crossbar and scored early in the second half, but that was it.

Mijajlo Marsenic – 3
Given his chance in the first half and bounced a shot over the bar.

Daniil Shishkarev – 3
Replaced Cupic and was very quiet on the wing.

Arpad Sterbik – 2
Discussed as a likely match winner ahead of this weekend, but it was just not his day. The penalty lobbed over his head by Guigou sums it all up.

Coach Patrice Canayer – 8
Set out a gameplan and made sure his team stuck to it, 5-1 defence early on set the pace, he rotated the squad well with 12 men having a part to play and stuck with match-winner Simonet despite his frustrating evening.

Michael Guigou – 9
He would play in goal if needed! Always involved, everywhere on the court. Never allowed Vardar to settle in transition defence and toyed with Sterbik for many of his seven goals.

Valentin Porte – 9
Immense in the first half at right back with a half-time buzzer-beater the highlight. Quieter in the second period, but played his part on the wing.

Melvyn Richardson – 8
Found his way through the big Vardar defence well and made great use of what little space he had. Great athleticism, battled with the big boys in defence. His shooting was far from perfect, but when it was good, it was really good.

Diego Simonet – 7
Had to adjust in attack against the aggressive 5-1 defence. Persevered in attack, played unselfishly and was rewarded with the winning goal.

Ludovic Fabregas – 7
Will have bigger days on this stage. Not given much room to breathe by Vardar, but scored a perfect three from three when opportunities arose.

Jonas Truchanovicius – 7
Great speed and movement into the gaps early on, before Vardar figured him out. Still a presence at both ends of the court.

Vincent Gerard – 6
Improved in the second half, but still conceded a few too many soft goals. Showed his character when he came back on to produce a key save with his head in the final moments.

Mohamed Soussi – 6
Smart and brave defending in battles with Kristopans and Stoilov, but found out a couple of times when Vardar attacked with pace.

Jean Loup Faustin – 6
Started the game on top of the 5-1 defence and pushed the quick restart well, setting the tempo for the match.

Mohamed Mamdouh – 5
Did not play much, but earned a couple of penalties before getting a two-minute suspension.

Nikola Portner – 5
With Gerard having a torrid time against Cupic’s penalties, Portner was given a chance and obliged with an important stop. Only save he made from four, but it helped make the difference.

Baptiste Bonnefond – 4
Lively start to the game in attack, but could not deliver and did not see much court time afterwards.

Vid Kavticnik – N/A
Did not play enough for a rating