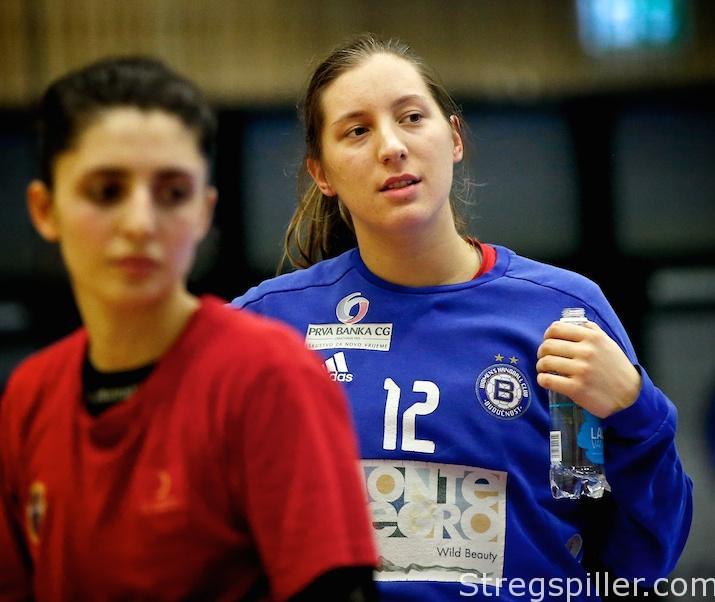 Montenegro are off to Tokyo this summer, despite losing to Romania on Sunday. In a match where the home side looked certain to win, they suffered a ludicrous collapse in the final five minutes before escaping with a three-goal loss, while Romania were left to rue wasted opportunities as they fell just short.

Coach Kim Rasmussen – 7
It wasn’t pretty but he and his players got the job done. Set up the defence well to deal with the Neagu-Pintea axis and force shots on the weak wings, more than half of which were saved. I’m not sure about the “we can lose 30:25 and qualify” quote in the final timeout as it seemed to inspire some horrendous attacking, but maybe he just wanted to give his Norwegian neighbours something to fret about.

Djurdjina Jaukovic – 9
Was engaged in a serious battle with Pintea in defence, which led to two suspensions by the 23rd minute but she came right back in and didn’t hold back in the centre of defence. She was equally fearless in attack and took command of the back court, firing in nine goals, many of which came at vital times. A real all-round performance that proves how important she is to this team.

Ljubica Nenezic – 8
Won the goalkeeper battle by a country mile, saving 14 saves for 35%, which is odd considering she ended up on the losing side.
Made a huge save from a Neagu penalty early in the second half as Romania looked to be taking control and followed it with a double save from Buceschi’s penalty five minutes later.

Itana Grbic – 8
Showed us an array of gorgeous assists into Ramusovic on the line, leaving the opposition defence helpless. As well as her six assists, Grbic scored four important goals in another assured performance from the young playmaker.

Jovanka Radicevic – 7
Not involved as much as she would like to be but made an impact every time she got the ball, scoring four of her five shots.
In a perfect example of what a game-changer she is, she came cross-court and beautifully assisted Mehmedovic while they were two players short.

Ema Ramusovic – 6
Was a lot quieter in attack this time but still took both of her chances provided by brilliant passes by Grbic. Played an important supporting role in the battleground that was Montenegro’s centre of defence.

Majda Mehmedovic – 6
Had a bit of an off-day shooting-wise, including an inexplicable shot at the end when Montenegro were in self-destruct mode, but her three goals were well taken.

Andrea Klikovac – 5
Took a heavy hit early in the game, which took the wind out of her sails in attack somewhat. While she played an important role in defence, he attacking output amounted more to keeping the ball moving and providing the odd assist.

Katarina Dzaferovic – 5
Came in after Klikovac suffered a heavy hit and scored immediately but that was as good as it got for her in a 15-minute spell where she didn’t offer much else.

Nikolina Vukcevic – 4
Was not able to have the same impact in the 5-1 defence as she had on Friday and was a bit off the pace, all things considered. That showed as she was sent off for three suspensions, the last of which was quite the rugby tackle on Neagu.

Matea Pletikosic – 2
Came in to cover for Jaukovic’s second suspension and immediately hit Pristavita in the face to warrant a red card. The last thing Montenegro needed at a crucial time towards the end of the second half and it reduced their back court options considerably.

Coach Adrian Vasile – 7
Threw everything his squad had at the opposition and it nearly worked. Wasn’t afraid to make changes early and often in order to find the right balance and at the end of the day, there were factors leading to them just falling short which he cannot be blamed for.

Cristina Neagu – 9
There were times when her teammates looked completely disinterested in the prospect of qualifying for the Olympics but Neagu was having none of it. She dragged her team kicking and screaming into contention with 12 goals and 8 assists, despite the opposition never letting her out of sight. Those three missed penalties came back to haunt her at the end but there was little more she could do.

Crina Pintea – 8
It was disaster for Pintea and Romania at the 40-minute mark as a glancing-touch to Grbic’s face saw her given a red card. Hard to blame her for the incident as it really was the slightest of touches. Before that, she was exceptional in attack, proving to be a nightmare to handle, forcing suspensions and scoring each of her four shots. A cruel way for her weekend to end.

Ioana-Laura Pristavita – 8
Filled in at right back after 15 minutes and did brilliantly. Flew into the gaps whenever the opportunity arose, scoring all three of her shots on goal and providing three assists. If anything, she wasn’t used enough in her 40-minutes on court.

Anca Polocoser – 6
Came in to deal with Jaukovic’s threat and was very active early on, jumping out to close down Montenegro’s threat. However, her influence waned somewhat in the second half.

Sonia Seraficeanu – 6
Came in on the problematic right wing but didn’t help much as she missed a shot immediately before making up for it moments later with a goal. Turned out to be the best of a bad bunch on the wings, scoring three goals but blighted her performance with two unnecessary suspensions.

Eliza Buceschi – 6
A real up and down day today. Looked really smart on occasions in attack but conversely would appear lost at times when Neagu was marked out of the game.

Gabriela Perianu – 5
Started in defence and stayed there for the majority of the match. Was left stranded too often by Montenegro’s back court and while she helped marshal Ramusovic well on the line, couldn’t make the impact you feel a defensive specialist need to make.

Elena-Cristina Florica – 5
Played almost the entire game on the left wing in attack and was incredibly quiet, scoring one of her three shots. Played number 2 on the left side of defence and was a lot more active, helping to keep Klikovac quiet

Yuliya Dumanska – 5
Slightly better of the two keepers, but clearly lost the goalkeeper battle. Her five saves (28%) included two breakthroughs and one on the wing, but Romania needed more today.

Denisa Dedu – 4
Four saves from 16 shots is not a great return on a day where her defence helped restrict Montenegro to just 40 shots on goal.

Ana Iuganu – 4
Came in for left wing defence after a couple of minutes, making it incredibly difficult to rate her performance. Montenegro’s right side of attack was unusually quiet, which is a credit to her. Given a chance in attack late on and wasted a good chance on the wing.

Laura Moisa – 4
Started the match on the right wing and looked quite uncomfortable, leading her to be exposed somewhat in attack as she missed her first two chances. Given another opportunity in the second half and was much improved, scoring twice.

Cristina Laslo – 4
Started at right back again and once again did not look comfortable out there. Credit needs to be given to her for doing whatever the team needed but she was unable to offer much and was hauled off quite early.