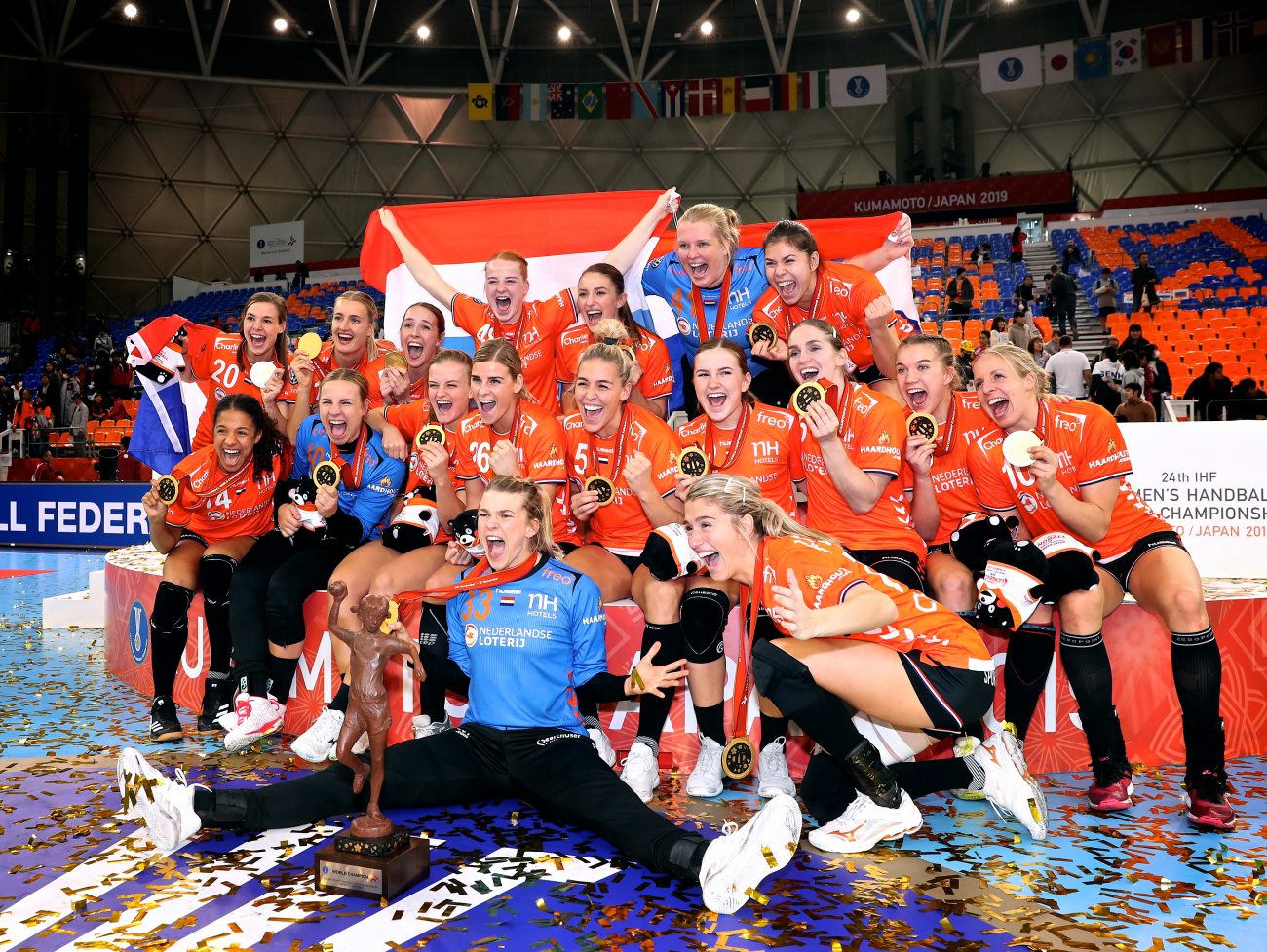 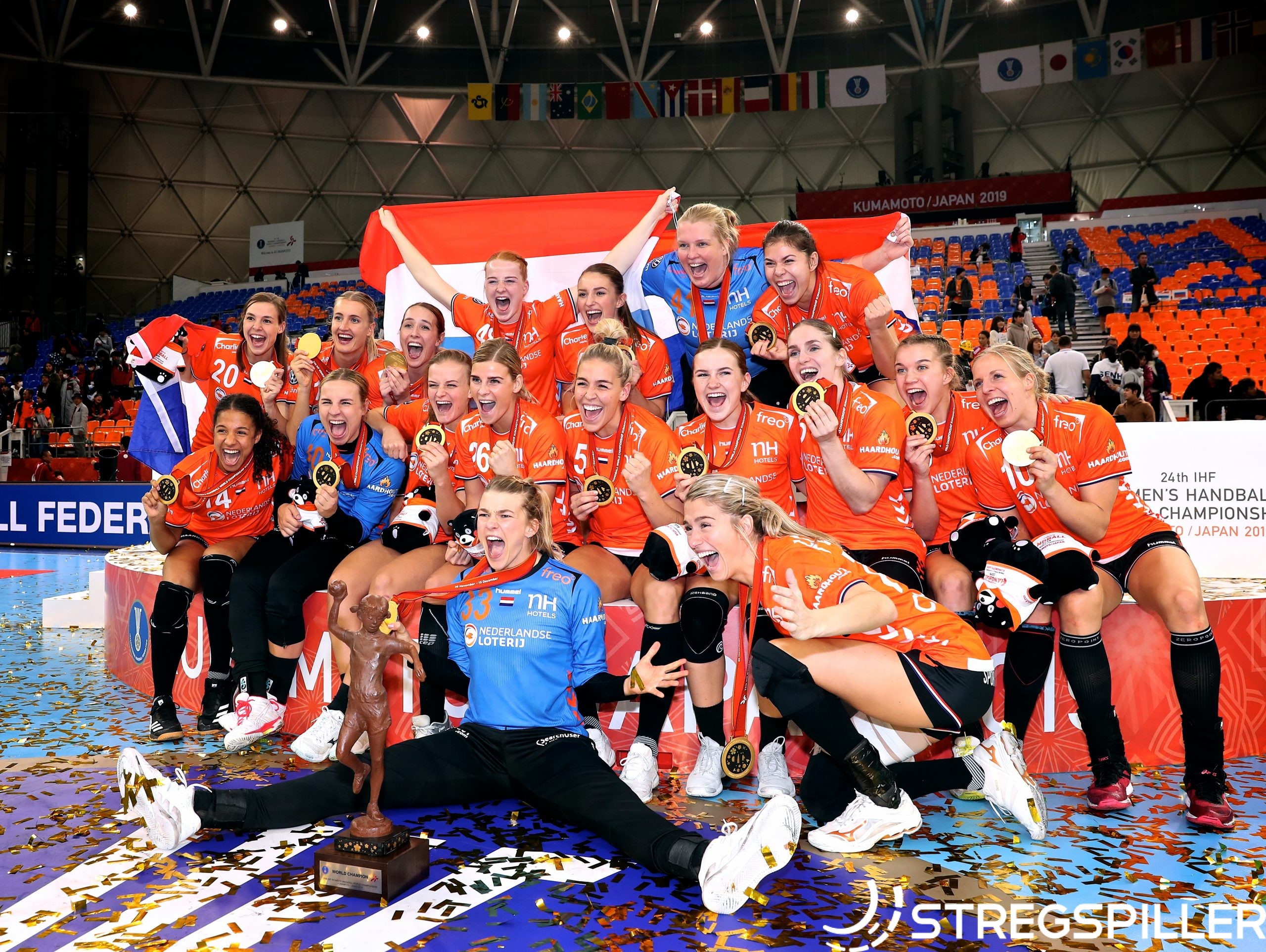 The Netherlands made history on Sunday night in Kumamoto, winning their very first World Championship after 60 minutes full of nerves, drama and some tremendous handball in which they beat Spain 30:29.

Here are the ratings for all players involved in the Japan 2019 final and the two head coaches, with everyone rated on a scale from 1 (the worst) to 10 (the best).

Wasted no time in calling his first timeout, waking his players up and setting the attack straight. Also timed his other two timeouts well. Didn’t experiment much with the squad today, only brought in players for very specific reasons and managed to squeeze as much as possible from his stars, without a drop in performance.

Exceptional leadership from Polman today. Her performance can be summed up with one particular moment – things were getting very tense around the 47-minute mark with mistakes aplenty and nerves taking hold, but Polman changed that with a wicked shot into the top right corner to give the Dutch a 24:21 lead. 9 goals from 15 shots do not make the best reading, but somebody needed to take the initiative and most importantly, four of those goals came in the final quarter. Excellent work from the tournament’s official MVP.

Helped wake her team up after their slow start and dragged them into contention with some brilliant long-range goals. Put in a massive shift, on court for 57 minutes, and although she was relatively quiet in the second half, she stepped up to slot home the winning penalty in the final seconds, a fitting end for the competition’s top scorer with 71 goals.

Spurned a pair of good chances early in the second half which really could have killed Spanish hope, but followed it up with a gorgeous lob and her performance on the whole was great. On court longer than anyone on either team and her shooting was near perfect on the line.

Had a slow start to the game, like the rest of her team, but when her defence worked with her, things improved greatly. Gobbled up most of Spain’s back court shots and made two massive saves in the final two minutes, an incredible fast break stop and the final save from Cabral, which led to her pass being blocked by Hernandez and earning the winning penalty.

Without Malestein’s three goals in the opening quarter-hour, Spain may have gone out of reach. In a sloppy start for the Dutch, Angela kept the scoreboard ticking over and that contribution should not be overlooked.

It can be tricky as a wing on this team, with so much emphasis on the back court. Bont needed to stay patient and composed when her chances came and she did exactly that, scoring on both occasions.

Came in midway through the first half in defence. Played a bit at left back and on the line. Like Kramer, she’ll do whatever is needed and her defensive performance was very important, helping to nullify Spain’s threat from nine metres.

Mostly played in defence and filled in at right back for a while and did a solid, if not unspectacular, job. Would play anywhere on the court and knew her role in the backcourt alongside Abbingh and Polman.

Ineffective in the first half, but brought back in to help break down the 5-1 defence and did so brilliantly, taking on and beating her defender on numerous occasions. Her shooting wasn’t on point today, 3 goals from 8, but delivered some nice assists.

Scored immediately after coming on late in the first half and that was her day. The 20-year-old will have her days to shine, but made good use of her seven minutes today.

Had a very quiet game out on the left wing and missed her one shot on goal. Tried to get involved as best she could during her 50 minutes on court, but anything down the left side began and ended in the back court.

Set out his team very well and they caught the Dutch on the hop. When shooting from the back court wasn’t working, his team found solutions, same with the wings. Orchestrated a fine second-half comeback and he can’t be held responsible for the heartbreaking conclusion.

Made her physical presence felt on the line and there was almost nothing legal the Dutch could do once she got her hands on the ball, she either scored or earned a penalty each time. Ainhoa played a central role in the defence which stepped out to meet the Dutch head-on and flustered them and you have to feel for her after her block on Wester’s pass resulted in a red card and the winning penalty for the Netherlands.

After a poor first half, where she hit the crossbar twice, Lopez scored Spain’s first goal from the wing in the 37th minute, then scored another five in a brilliant second-half display. A serious tale of two halves for her and the second far outweighs the first.

Excellent game in defence. Managed a couple of big blocks and set the tone for Spain’s charge at the beginning and at the end. Dove onto the ball which led to the late equaliser and even got herself a goal on a fast break.

Deadly first step tore through the Dutch defence on a number of occasions. Missed a simple lob early on, but didn’t mess around after that, scoring on a number of breakthroughs. Her shooting from distance was amiss today and she had two late shots saved, which could have won Spain the match.

Played all around the back court, wherever she was needed, and delivered in each position. Scored some nice breakthrough goals and dished out a few assists. Definitely a leader in the making.

Pena’s shooting wasn’t amazing in the first half, but she toyed with the defence, creating opportunities and earning penalties. Orchestrated the attack well and kept finding solutions on a day when the big shots were not coming.

Had a very bright start to the game, scoring two early goals as Spain flew out into the lead. Missed a couple of chances and had some turnovers afterwards. Unfortunately for Mireya, she didn’t get a chance to make an impact in the second half.

After the wings offered nothing in the first half, Spain really needed something in the second and Soledad delivered with two goals on the left wing. Solid performance.

Came on late in the first half and made some good saves in the second, but they were few and far between. It’s impressive that the Spanish defence restricted their opponents to few shots, which was the key to the game going down to the wire.

Had an attacking foul and a two-minute suspension moments after coming on and it didn’t get too much better for her in her 15 minutes on court.

Not Navarro’s day today. Couldn’t read the wing shots and was consistently beaten by Abbingh and Polman from long range. Three saves before she was replaced late in the first half.

Started out on the left wing and had a frustrating first half, a fast break pass just out of reach and two missed shots from the left wing before she was replaced after 18 minutes.

Came on for 11 minutes at right back and was unable to offer much. Missed her single shot on goal and eventually, Fernandez was preferred as a right-hander in the position.