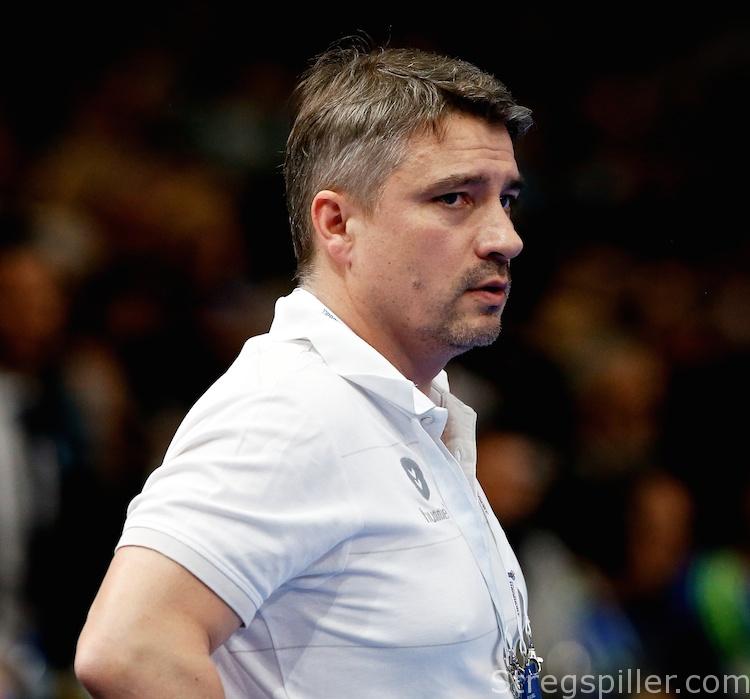 IN FOCUS: Brest looked back to their best on Sunday afternoon as they recorded an impressive away victory against Odense, not as impressive as Ana Gros’ performance though. The Slovenian right back scored 14 goals in the 31:24 win.

Coach Ulrik Kirkely – 5
Was outmanoeuvred at the very beginning and Odense paid the price. An early time-out and a number of changes helped bring Odense back in the game for a while but at the end of the day, simple turnovers and the inability to deal with Ana Gros was the difference.

Nycke Groot – 7
Started the game at right back and was unable to have the desired influence, leading to her being taken off early. Came back in at her more favoured centre back role and looked much better, scoring four goals and providing some nice assists.

Angelica Wallén – 7
Helped to steady the ship in attack and defence when she came on midway through the first half as Odense clawed their way back in. Not a flashy performance by any means but Wallén comes in and does whatever is required of her.

Helena Elver – 7
A shaky start but grew into the game as it went on and was the focal point of Odense’s first half comeback. Scored three nice goals but gave away possession too often with unforced technical errors.

Althea Reinhardt – 6
Finally got a hand to an Ana Gros shot on 14 minutes and gave Odense hope as they came back into the game by half-time. Added five saves in the second half but will be disappointed overall and was clearly outperformed in the Danish goalkeeper duel by Sandra Toft.

Ayaka Ikehara – 6
Somehow always managed to find the back of the net and gave Toft plenty of trouble with her unusual shot placement in the first half. It was a different story in the second half as she was finally figured out as she finished with four goals from seven shots.

Sara Hald – 6
The brighter of the line players for Odense today. Managed to get herself free on two occasions and scored from both.

Lois Abbingh – 5
The major casualty of Odense’s terrible start as she was taken off early and did not return until the final quarter. Brest were set up well to deal with her and an improved second half performance will leave Abbingh frustrated with her overall output.

Freja Cohrt – 5
Never short on desire and spirit but Sandra Toft had Cohrt in her pocket in the first half. The left wing enjoyed a purple patch in the second half with three goals in quick succession but 3 from 7 attempts did not cut it today.

Jessica Quintino – 5
Was desperate to make an impact when she finally came on and did so with an excellently-finished fast break, although the game was over as a contest by then.

Katja Johansen – 5
Came on late on the left wing. Missed a wide-open opportunity but made up for it with a strong wing shot right before the end.

Rikke Iversen – 4
Started on the line but was wrapped up from the very beginning. Some opportunities did finally come her way in the final quarter of the match but Iversen could only score one from three attempts.

Kamilla Larsen – 4
Odense’s defensive specialist was unable to produce anything special to stop Ana Gros today. She said herself that they were too slow to react in defence and she was caught out too often, also picking up two suspensions.

Malene Aambakk – 4
Thrown on late at right back and had some good shooting opportunities, though all three shots failed to find the back of the net.

Anne Cecilie de la Cour – 3
Brought in to balance the back court somewhat and was certainly lively in attack as she looked keen to score from distance but unwilling to throw herself in through the gaps in defence. Scored a very nice goal but one from five is a poor return.

Tess Wester – 3
Simply could not get a grip on Brest’s back court shooters, though not helped by defence. Given the hook after just eight minutes and not given an opportunity to redeem herself today.

Coach Laurent Bezeau – 9
Bezeau deserves a lot of credit for how he set up his team today. Completely shut down Odense’s main weapons in the first quarter, while allowing his big shooters to make their mark immediately. Perhaps over-rotated the squad a bit in the first half, which allowed Odense to make it a contest again, but always looked in control.

Ana Gros – 10
In a league of her own today. Not often is Gros given much room to breathe by defenders these days but she was today and made the most of it, scoring an astonishing 14 goals.

Besides her almost flawless shooting, the Slovenian displayed her self-confidence and composure in the first half, right after missing for the first time, as she slid in a behind the back pass to the line.

Sandra Toft – 9
Back in her home country and she put on a show, much to the dismay of her fellow Danes. Toft recorded 15 saves (39%) and stood out against her national team partner at the other end of the court.

Coralie Lassource – 9
Perhaps the best all-around game I’ve seen her play. Heavily involved for a wing and it was rewarded with four goals, the pick of which came in the ninth minute as she showed her athleticism with a brilliantly-taken in-flight goal.

Very lively in defence as well, always looking for the steal and showing serious determination to win unlikely loose balls.

Isabelle Gulldén – 7
A solid and dependable performance from the Swedish playmaker, exactly what you’d expect from her and what was needed from her when Ana Gros was in today’s form. Two goals and a handful of assists in a display which saw Gulldén set her attack well and keep the ball moving smoothly.

Djurdjina Jaukovic – 7
Helped set the tone for Brest, alongside Gros, by flinging in a pair of long-range goals but that was the end of her offensive input. Played a vital role at the other end of the court, however, as part of an imposing centre block, helping to limit Odense’s back court shooting chances and delivery to the line.

Pauletta Foppa – 7
Has seen better days in front of goal but Foppa’s role today revolved around doing the heavy lifting in the centre of defence and in on the line, creating space for the back court to work with – all of which was done well.

Sladjana Pop-Lazic – 6
Much like her fellow line player Foppa, Pop-Lazic had an up and down day in front of goal with two scored from four attempts.

Kalidiatou Niakate – 6
Had a mixed day at the office. Came on halfway through the first half, when Brest had build a strong lead, and was unable to have quite the impact she would have liked. Two goals from four attempts and some important work done in defence by the left back.

Constance Mauny – 5
Came on late on the left wing but was involved. Hit the post with her first opportunity after a stray pass fell kindly to her and scored a nice fast break right before the final buzzer.

Alicia Toublanc – 5
Was given a chance on the right wing in the second half and was an improvement on Coatanea, scoring from her one opportunity. Not much else was required of her and a two-minute suspension halfway through the second half marked the end of her game.

Amandine Tissier – 5
Came in on a couple of occasions to help freshen things up in the back court and fulfilled that role well, without offering too much more than the one goal she scored.

Laurene Catani – 4
Catani adds plenty of pace to the Brest attack in the centre back role but lacked the incisive passing or shooting power which would have made her a real danger.

Pauline Coatanea – 3
Despite playing the majority of the match, it passed her by. With Gros scoring at will beside her, the right wing wasn’t involved much and looked lacking in confidence when the opportunities did come her way with a missed shot, earning a fortunate penalty after a second miss, then missing a free ball for an easy shot on goal.