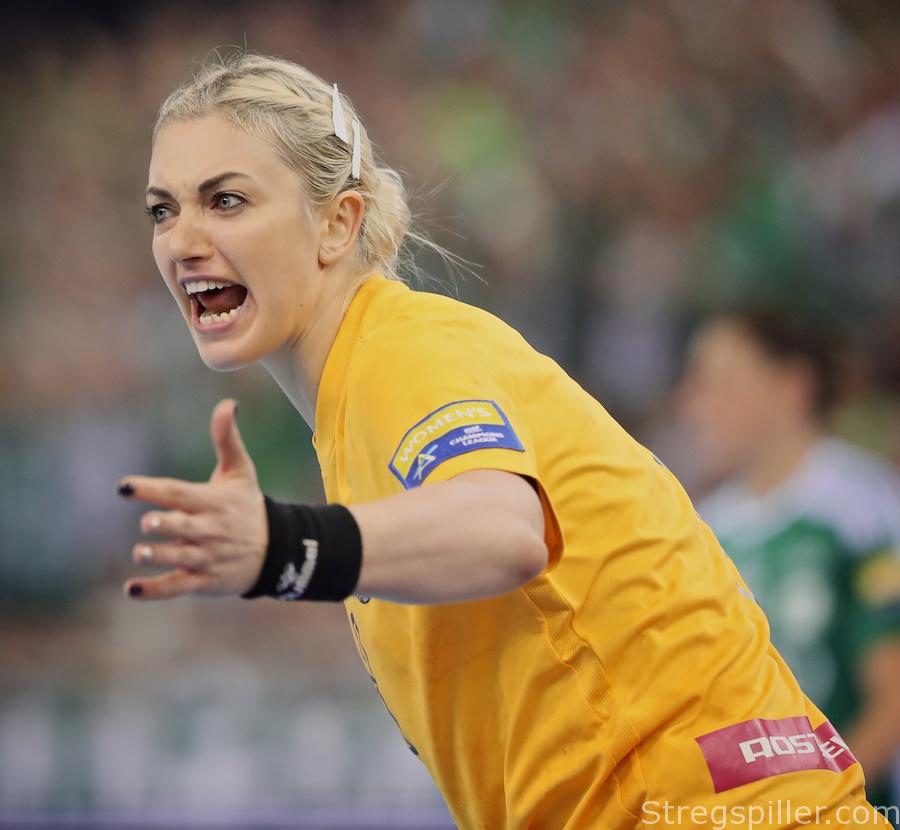 IN FOCUS: Rostov-Don took a while to get going against Metz, but eventually took full control of the highlight match in Round 5 of the DELO EHF Champions League, claiming a 30:26 win and going top of group A.

Coach Per Johansson – 8
Still getting to grips with his new team but you can already see that Per is having an influence on Rostov’s style of play. Kept things relatively calm when Metz were pushing his side in the first half, trusting in his squad’s quality and strength-in-depth, and it paid off with an impressive victory.

Anna Sen – 9
The hero of the first half for Rostov as she was everywhere. Backed herself to take on the Metz defence and delivered five important goals, providing a nice balance to the playing styles of Zaadi and Vyakhireva. Sen’s focus was purely on defence in the second half and she delivered as 9 goals conceded in minutes 30 to 50 ensured the game was over.

A very good outing between the posts for Kalinina. 12 saves recorded but it felt like she had an even bigger impact, consistently popping up with important saves to ensure Rostov remained in the driving seat.

Grace Zaadi – 8
Gave the ball away cheaply a couple of times early on, then suddenly came to life with three goals in the space of a couple of minutes, shifting the momentum in Rostov’s favour.

Her brilliant game vision and passing ability came to the fore in the second half as she orchestrated the attack well to ensure Rostov’s win.

Iuliia Managarova – 8
Helped to break up Metz counter attacks on a number of occasions and played an important role in making the Rostov defence compact, squeezing the opposition into the middle. Constantly motoring up and down the court and it was rewarded with four goals and a couple of penalties.

Kristina Kozhokar – 8
Not much more you could have asked from the left wing this evening. Bounced back well from missing her first shot early on by working incredibly hard at both ends of the court. Snatched herself three steals and three goals, while looking delighted with herself every time she contributed to the victory.

Anna Vyakhireva – 7
Hit the ground running with three early goals but was a bit hit and miss for the rest of the first half.
Although her shooting was off in the second half, scoring 5 from 10 overall, the importance of her movement and passing in attack cannot be underestimated.

Vladlena Bobrovnikova – 7
Came on in the second half and did pretty much exactly what was required of her. Broke through to score twice in “powerplay” situations and moved the ball well the rest of the time. Got carried away once with a wild shot blocked down but a solid performance overall.

Ksenia Makeeva – 7
Came on halfway through the first half but made her impact in the second half. Scored three good goals and worked well to shut Metz down in the centre of defence.

Anna Lagerquist – 6
A battling performance at both ends of the court from the Swedish international. Started on the line and was given some decent delivery early on but it was a quieter performance than she would have liked.

Viktoriya Borschenko – 6
Besides a little bit of court time, Borschenko’s contribution can only be measured in penalties. She scored two from two, giving her a decent rating.

Yaroslava Frolova – 5
Not too much can be said about Frolova’s cameos. Came and did nothing wrong, moving fairly well, but not having much of an impact as she looks to find her groove in this team.

Coach Emmanuel Mayonnade – 6
There were a couple of great camera shots of him early in the second half, looking perplexed and a bit weary as he watched his squad throw the ball away twice in a row, which somewhat reflects his side’s day. Set out his team’s stall and it looked to be working early on, but 14 turnovers and other poor decisions cost them and there wasn’t too much Emmanuel could do about it.

Hatadou Sako – 9
The best performance from anyone on court today. A four-goal loss is a bit kind to Metz and it would have been a hell of a lot worse if not for Sako’s saves between the posts. Made stunning double-saves in both halves and consistently frustrated Rostov’s back court shooters.

Olga Perederiy – 8
Did surprisingly well considering how many times the ball was flung into the line with her smothered by two defenders. Quiet in the first half, then came to life in the second, scoring four goals and earning a couple of penalties as she became the first target in attack.

Meline Nocandy – 8
An all-action performance from Nocandy, although not all of the action was positive. Nevertheless, a brilliant shooting performance from the young playmaker, whose movement and shots were the only thing to regularly pierce through Rostov’s tough defence.

Tjaša Stanko – 7
Worked well in the centre of attack, setting up a few goals and used the space created by playing 7 vs 6 to score two nice standing shots. Missed two penalties, which is the only major blot in her performance.

Laura Kanor – 6
Bit of a messy game for Kanor. Got to give her credit for her first-half effort, particularly for scoring a goal from either wing, but missed a couple of chances after that which Metz could not afford.

Maud-Eva Copy – 6
Came in and performed fairly well on the left wing. Recovered well from having her first shot saved to score once in each half and helped to keep the right side of Rostov’s attack a bit quieter.

Orlane Kanor – 5
Tried to take control of the game but it did not work out more often than it did for her today.
Too many simple mistakes and turnovers was her downfall as she will feel she could have contributed more.

Camila Micijevic – 5
Not at the races today. After scoring a couple of early goals, Rostov’s defence were on to her and gave her no joy from left back. Tried to go force a number of shots in and it wasn’t working for her, meaning coach Mayonnade had to go with another approach in the second half.

Louise Burgaard – 4
Took a quarter of the game to get going and score her first goal but things did not improve from there. Tried to force passes which were not on too often in the first half and was far too quiet in attack in the second period.