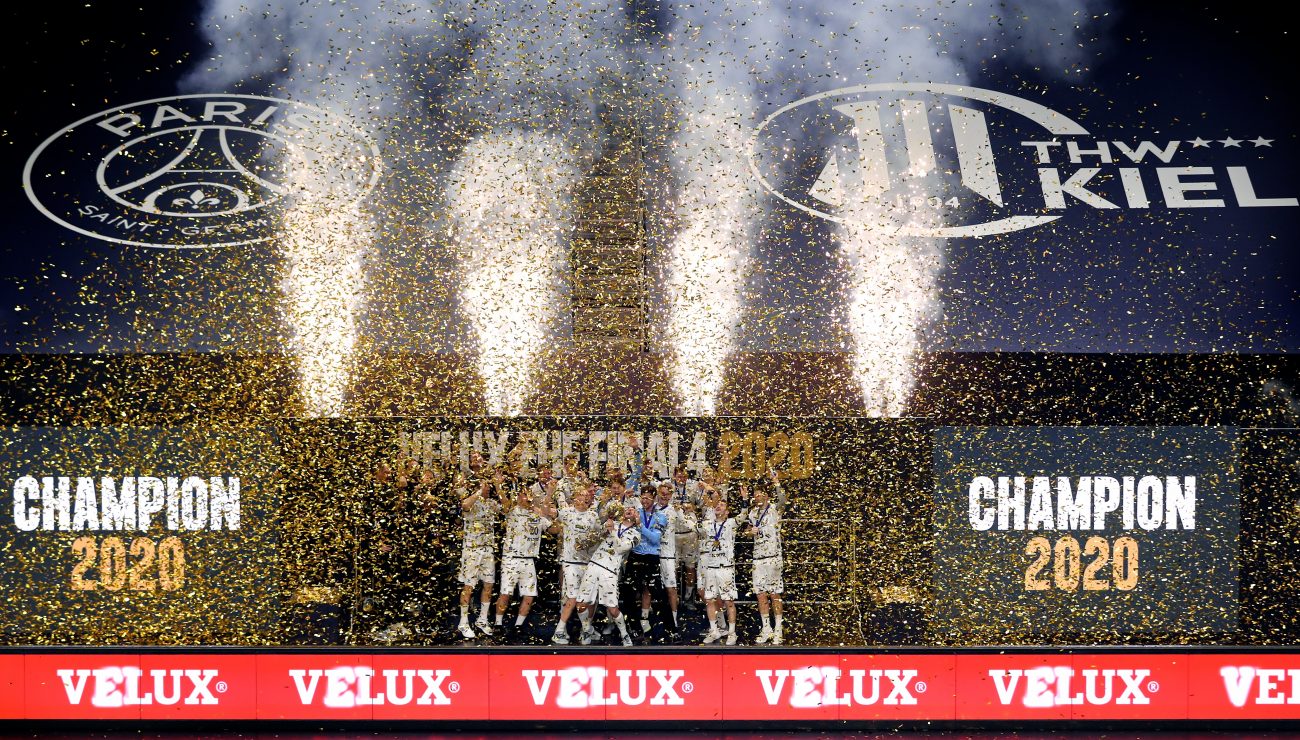 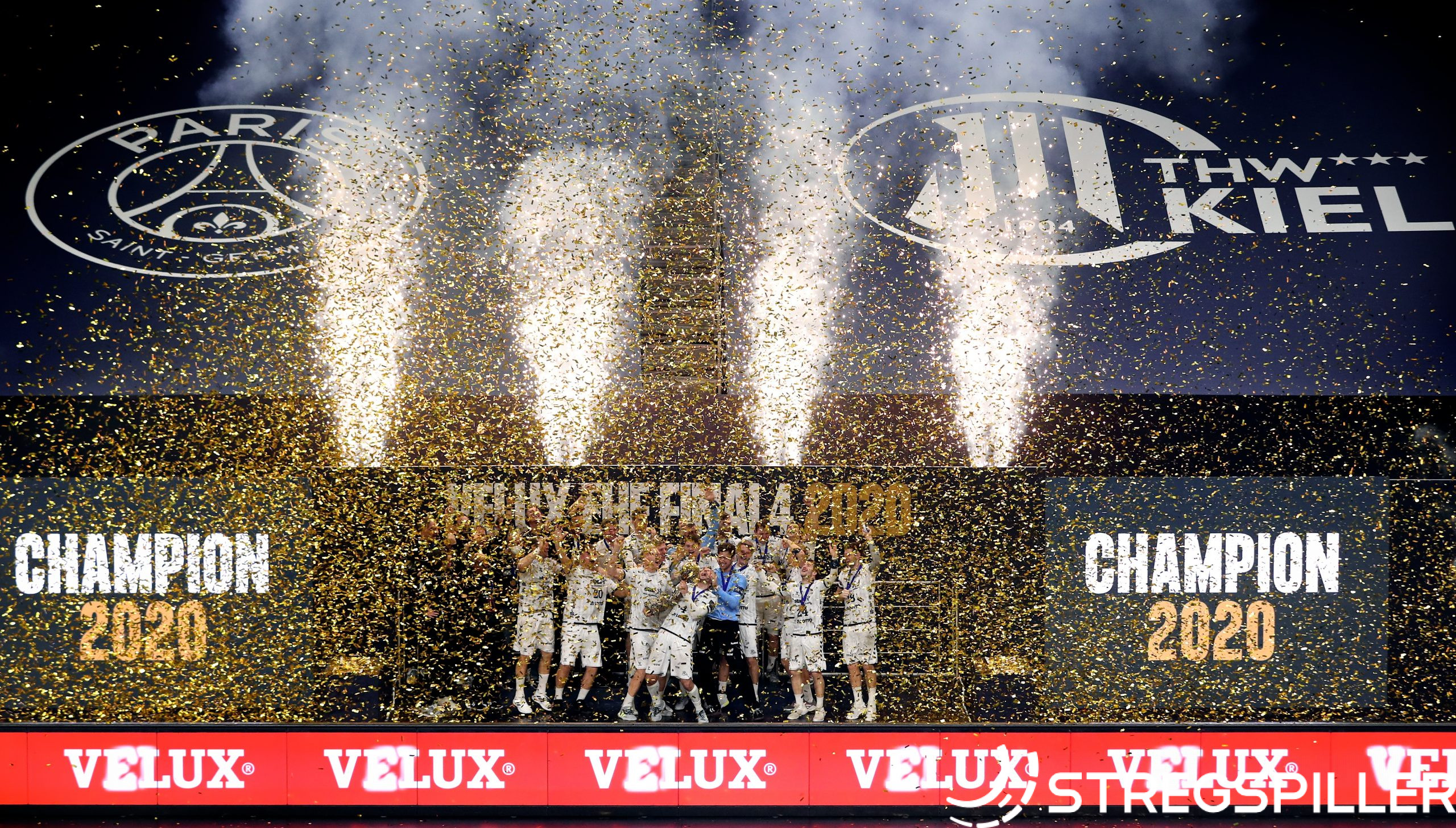 THW Kiel defied the odds and stunned the seemingly unstoppable Barça to claim their fourth EHF Champions League title and the first since 2012 in their second thrilling encounter in 24 hours.

Coach Filip Jicha – 9
Lit a fire under his players and got them to somehow keep running home and prevent Barça from playing the way that suits them best. Managed to get the most out of a limited squad and deserves a huge amount of credit for that and his tactical approach.

Steffen Weinhold – 9
He reeled back the years at this event, giving us a bit of everything in the final. Started as a defensive specialist but finally got a chance in attack and scored a goal he had absolutely no right to late in the first half. Then he took over in the second, scoring goals from nothing when Kiel needed them most. Outstanding contribution.

Sander Sagosen – 9
You could tell right from the off that he was up for it today, perhaps a bit too much so as he got himself in early foul trouble with two suspensions in 10 minutes. He followed that with a steady flow of morale boosting and impressive goals from the back court and his connection with Pekeler, in particular, was marvellous.

Hendrik Pekeler – 9
MVP for the EHF FINAL4 in fully deserved. Put in another massive shift today, working brilliantly in tandem with Patrick Wiencek in defence, hustled to no end at all over the court and once again delivered in attack with four goals from five shots.

Niclas Ekberg – 9
Kiel’s top scorer on the day with eight goals, six of which came from ice cold finishing on the penalty line. Did not get too many shots out on the right wing but one he did score was an absolute peach in the first half.

Niklas Landin – 9
The star of the second half. While Barça were made to work extra hard to create chances, he was there at the end of them to deflate them with saves worthy of his World Handball Player of the Year award. 14 saves (34%) is nothing special to him but the manner of many of his saves in that second half made the difference.

Rune Dahmke – 8
He was everywhere. Scrapped for every ball he could get near, collected some important rebounds and produced a trademark flying dive to intercept a counter attack pass at a crucial time. Scored five times, though the last two were walk-ins in the dying minutes, but he put in one hell of an effort for the entire 60 minutes.

Patrick Wiencek – 8
Somewhat wasteful in attack early on but he eventually put it right and scored two goals. However, the focus of his performance is defence, where he was an absolute animal. Intelligent, sneaky and occasionally brutish play helped shut down the opposition’s attack down the middle.

Miha Zarabec – 7
He was the right man for the playmaker role today and he fulfilled it well. Worked hard to create opportunities for his teammates and it was an admirable display, besides a couple of brain farts in the final quarter, which we can forgive in hindsight.

Domagoj Duvnjak – 5
Came in to plug the gaps where needed today and did it well. Missed a couple of shots and perhaps could have been awarded a penalty but he won’t mind that one bit when looking back on this victory.

Harald Reinkind – 4
Another day to forget in front of goal. Made two horrible decisions in a matter of seconds when a man up on 20 minutes, which he soon put right by scoring a nice goal. That was, however, as good as it got today.

Coach Xavi Pascual – 5
Was simply outclassed today. His men were outrun and outfought, forced to play in a way that did not suit them best and despite his best efforts, there was nothing to counter it.

Aleix Gómez – 9
Put the semi-final performance behind him and was deadly from the penalty line, until he smacked the crossbar with a chance to make it a two-goal game with three and a half minutes left. It’s hard to pin any blame on him though as he was in exceptional scoring form, banging in 10 goals in total in a largely composed performance.

Gonzalo Perez de Vargas – 8
Made a number of top class saves, 10 in total, and kept his team in the game in the second half, particularly at the beginning of the final quarter when neither side could buy a goal.

Ludovic Fabregas – 7
Earned two early penalties and looked like he would be the thorn in Kiel’s side. He tried his best. Producing three blocks and getting himself three goals, probably as good as he could get given the attention he received by Kiel’s defence.

Luka Cindric – 7
Incredibly hard-working performance from the Croatian star, made to scrap for every inch and the three goals he scored. Kiel prevented him from enjoying any space in the centre and his partnership with Palmarsson misfired a bit.

Dika Mem – 6
A mixed bag for Mem today. Excellent in the first half, scoring three good goals and giving Sagosen and Kiel a nightmare in defence. A frustrating second half, in which he tried to force some things to happen which were just not on.

Raul Entrerrios – 6
Had a bit part to play and did it well. Proved he still has that magic with a wonderful feint through the middle of the Kiel defence to score at the start of the second half.

Aron Palmarsson – 6
His passing was out of this world in the first half, seeing things that nobody else does until it’s already happened. That influence waned somewhat as the game wore on and he was well off the ball when it came to shooting, scoring one from five attempts.

Aitor Arino – 6
A dutiful and professional performance from the left wing, running hard and doing what was needed from him. A decent shooting return of four goals from six, though the two he missed in the second half were important in terms of momentum.

Timothey N’guessan – 5
Unable to have the ‘super-sub’ impact he enjoyed in the semi-final. Scored one from two shots and dished out a couple of assists but not enough to haul his team back into contention.

Thiagus Petrus – 5
Arguably the best defender in the world on his day but today was not his day. Unable to disrupt Kiel’s one main long-range shooter, Sagosen, and was caught out on a couple of occasions with two suspensions his side could ill-afford.

Blaz Janc – 4
Was handed the start on the right wing but never really got into the game. Was kept quiet by Dahmke and missed his only two shots on goal, before being replaced by Gómez.

Cedric Sorhaindo – 4
Caught out a few times in defence early on and from then on was quiet or on the bench.

Kevin Møller – 3
Started in goal but never got into any kind of rhythm as he was beaten 12 times from 13 shots before making way for Perez de Vargas. Not all his fault, of course, but there were some shots he could have dealt with better.

No rating – Luis Frade, Alex Pascual, Jure Dolenec
Dolenec was brought in for the final and came on to take the first penalty, which he bounced over the bar, he and Frade did feature but not enough for a rating in my books.