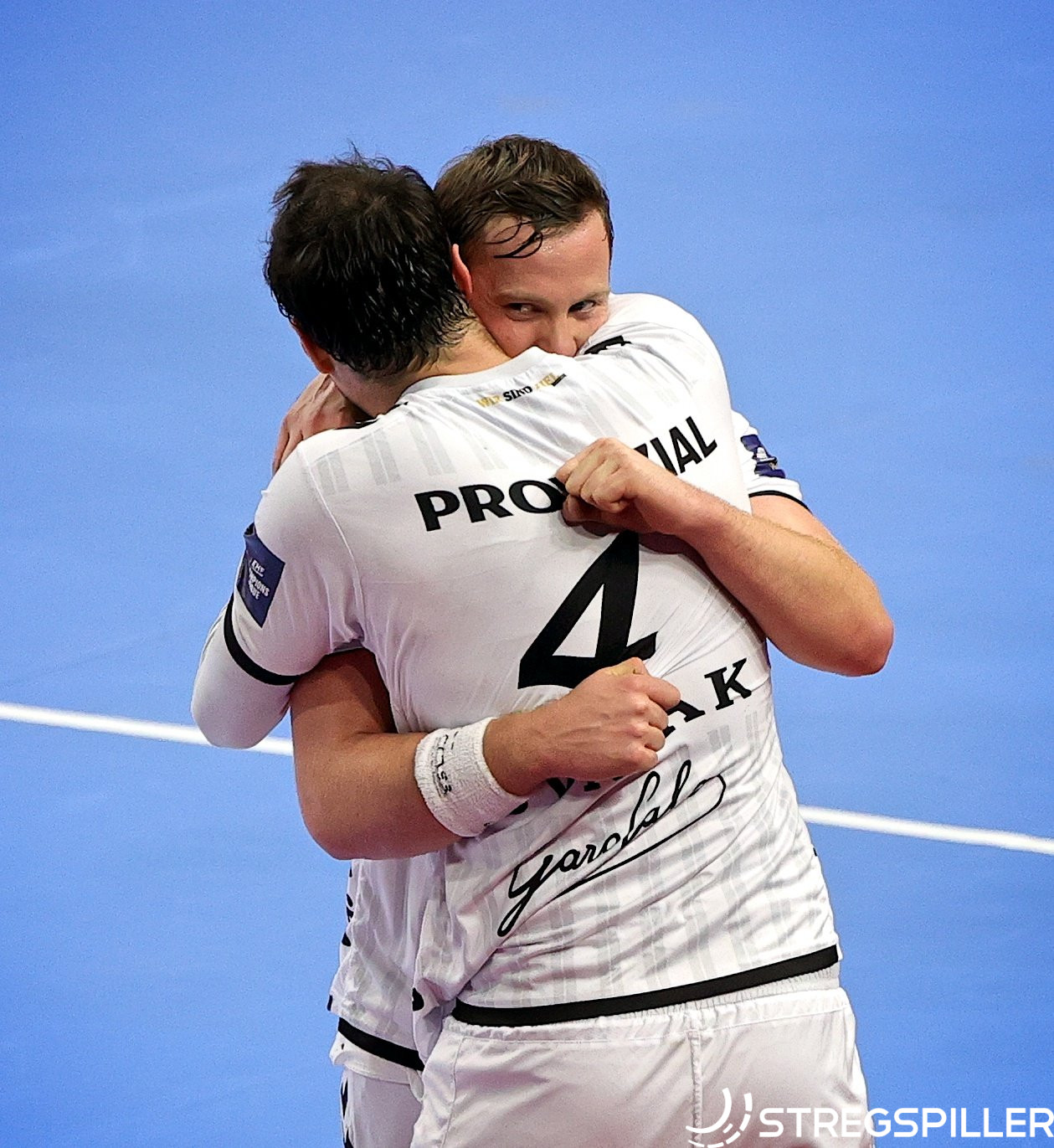 THW Kiel somehow survived one of the most enthralling matches in EHF FINAL4 history to beat Veszprém and book a spot in the final against Barça on Tuesday night.

Coach Filip Jicha – 7
Prepared beautifully for the opposition with his defence in the first half, setting traps and sealing the centre of the court off. Nothing seemed to be working in the second half until a decision to bring Duvnjak in front of their defence did the trick. The decision to play 7 vs 6 in the 59th minute threw away victory in normal time but he got away with it in the end.

Hendrik Pekeler – 10
Is there anything this guy can’t do? He made the game look easy in the first half with his defence, counter attacks and set attack on the line.
Things got difficult in the second half but he worked so damn hard off the ball when delivery dried up and that majestic high-ball rebound and goal in extra-time clinch the 10 rating for him.

Niclas Ekberg – 9
Despite being somewhat isolated on the right wing, ended up with seven goals, including a brilliantly taken winning goal in extra-time. Took his four penalties well and even popped up with a couple of assists in the kind of performance you’d hope and expect from the smooth Swede – plus a bonus point for taking that final Nenadic shot to the kisser, let’s hope he’ll be fine for the final.

Domagoj Duvnjak – 8
What a man. Stepped up in the second half when Kiel needed him most, reminiscent of another semi-final this year, for Croatia at EHF EURO 2020. Three important steals when playing out in front of Kiel’s defence late on and a very efficient four goals from six shots.

Steffen Weinhold – 8
Intelligent play in the first half, taking on the treacherous number 2 position on the right side of defence very well and earned two penalties on counter attacks, knowing full well he was taking heavy hits. Came to life again in extra-time with two goals and a penalty won, without which Kiel would have been stranded.

Patrick Wiencek – 8
Was all over Nilsson like a bad rash, smacking, pulling, disrupting at every opportunity. His work in tandem with Pekeler in the first half was a sight to behold as they completely shut down shots down the middle. His red card was harsh and a minor blot on his report.

Rune Dahmke – 7
Was considered a serious injury doubt coming into this game but started on the left wing and signalled his readiness with a fine move to score the first goal of the game. Looked to be in a fair bit of pain in the second half but soldiered on and scored all three shots, not more you can ask from him on the wing.

Sander Sagosen – 6
Stayed patient in the first half, picking his moments to find space and go one vs one very well, scoring three and providing some nice assists. The second half was the polar opposite as he tried to be the hero a bit too often, though he found his touch again late on. Created a lot of good things for Kiel in attack and made the right decisions in extra-time but it’s difficult to look past his shooting stats of five goals from 14 shots.

Miha Zarabec – 6
A mixed evening for the playmaker, who moved the ball well but found long-range shooting difficult. Delivered a moment of wizardry late in the first half to score a goal from a dead-end but was somewhat quieter from then on.

Niklas Landin – 4
Had a decent first half but his form fell off a cliff early in the second. Following a short break, he came back on to make a couple of important stops, which say more than the poor 24% save rate does.

Harald Reinkind – 4
Few better at riding a challenge and powering through to unleash a shot but there are times when one more pass is the better option. Not very economical with his shooting today, 1 from 4, and eventually lost his place to Weinhold.

Coach David Davis – 6
He knew full well that Kiel were going to throw something new at them today but had no response to it in the first half. To his credit, he set the team on the right path in the second half and it feels like playing mistakes rather than tactical mistakes cost his team their four-goal lead late in normal time.

Yahia Omar – 9
Played with wisdom and patience beyond his 23 years today as he became a leader for Veszprém in attack. Took him a while to get a shot off but then got two goals in the space of a minute and never looked back. Five goals from as many shots is the highlight but his vision and generosity cannot be overlooked as he delivered five assists as well.

Gasper Marguc – 9
Played practically a perfect game for a right wing. Scored with all seven of his shots, including some gorgeous finishes, and won a couple of penalties to boot.

Rodrigo Corrales – 8
Stunning second half performance, where he had the likes of Sander Sagosen in his pocket. 17 saves in total for the Spanish international and it’s difficult to say whether he could have done much more – perhaps against the wing shots?

Vuko Borozan – 8
Had two purple patches, one at the beginning and another midway through the second half as he helped his side take the lead. In between, he ended a long goal-drought with a trademark goal and in the first half was the only real spark in Veszprém’s back court. A bit liberal with the concept of three steps but if the refs don’t mind it, nor can we.

Rogerio Moraes – 7
Brought into the centre of defence midway through the first half and helped shore it up big time. Scored his only shot on goal but his role today was primarily in defence, where he did well to make life difficult for Kiel’s long-range shooters.

Mate Lekai – 7
Transformed Veszprém’s attack in the second half, adding much-needed pace and movement, as well as an attacking threat. With penalties earned, four goals and a number of assists, we may not have been treated to extra-time without him.

Kentin Mahé – 7
A dutiful if uninspiring performance on his less-favoured left wing position in the first half but he seems like the kind of player who will do anything for the cause. Took his three penalties brilliantly and with that kind of finishing it would have been interesting to see him get a shot at the back court.

Blaz Blagotinsek – 6
A strong and disciplined defensive performance for the most part, until his clothesline on Weinhold in the final minute of extra-time, which left his team a man down until the end.

Andreas Nilsson – 5
Found the going tough and did not have the impact you would have expected. Balls played into him were ambitious at best and he seemed to be harassed beyond the laws of the game at times by Kiel’s defence. Scored two from four on the line and really needed to take every chance he got.

Dejan Manaskov – 5
Came onto the left wing at half-time and had a relatively quiet game. Tried his best to get involved and scored a couple of goals but his two missed shots today were more noticeable on a day where every wing shot had to go in.

Jorge Maqueda – 4
Got the start at right back but never really found his way into the game as he was overshadowed by Sagosen at both ends of the court until late in the first half, where he was taken off.

Petar Nenadic – 4
Given no room to breathe in attack and some of his mistakes in attack led to easy goals down the other end. After being swallowed up and disappearing for much of the game, he popped up to earn a penalty and score a vital goal at the end of the first half of extra-time, then disappeared again.