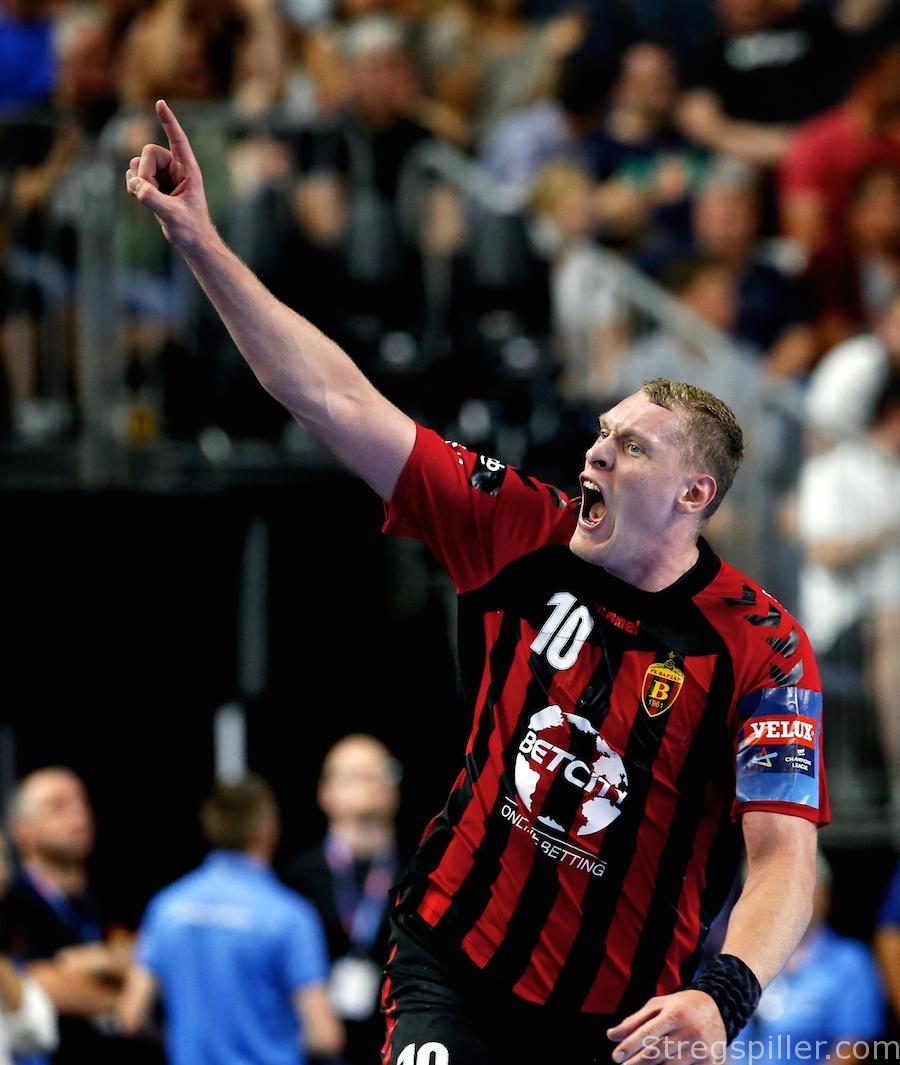 A stunning second half turnaround saw Vardar reach their second final in three years, while Barca suffered VELUX EHF FINAL4 heartbreak yet again in a 29:27 thriller on Saturday evening.

Coach Roberto Parrondo – 8
Whatever he said in the changing rooms at half-time worked. Tried some bold tactical moves, such as 7vs6 in attack at the beginning of both halves, 4-2 in defence at one stage, and while they didn’t seem to work, the spirit he has fostered within this team over the season came good. Didn’t risk Dissinger until he absolutely needed to, and that paid off in the second half.

Dainis Kristopans – 10
Took a serious amount of punishment, as per usual, but kept on trucking and proved himself to not only be one of the most improved players of the last year, but one of the best players on the planet. 10 goals for the big Latvian as well as his now usual display of mature and considered ball movement.

Dejan Milosavljev – 9
The outstanding player for Vardar in the first half. His heroics managed to keep the score somewhat respectable and he kept it going in the second period. A brilliant 40% save rate from the big man on his FINAL4 debut.

Igor Karacic – 8
A real hero today and throughout the season for this team. Had to be carried off with cramp after scoring what proved to be the decisive goal. Five fine goals and the top assist giver with five as well.

Christian Dissinger – 8
Great to see him in action after what seemed like a season-ending injury at the SEHA League final. Given a chance at the start of the second half and make an immediate impact with both goals and assists. With Skube unable to shine, his presence was vital to Vardar today.

Ivan Cupic – 7
Put away his two penalties and worked tirelessly down the right wing without seeing too much of the action as his neighbour Kristopans did most of the damage in attack.

Rogerio Moraes – 7
A couple of lucky breaks, but a perfect shooting performance on the line from the Brazilian with four goals. His contributions came at the perfect time, with three goals during the remarkable comeback.

Gleb Kalarash – 7
It was never a lost cause as far as Kalarash is concerned. The defensive specialist battled throughout his time on court, his effort and interaction with the crowd typified the spirit Vardar showed tonight.

Daniil Shishkarev – 6
Wasn’t able to offer too much on the wing in attack, but put a shift in with the defence when called upon.

Stojanche Stoilov – 6
Only one goal for him today and it was the final goal – the icing on the comeback cake. Battling performance, as you expect from the captain, but wasn’t able to leave much of a mark.

Timur Dibirov – 5
Treated us to a Dibirov no angle special in the second half, which was his first goal after three misses. Not his best day, but involved himself as much as possible and will undoubtedly be better in the final.

Stas Skube – 5
Was a bit lost in attack against the formidable Barca defence and was unable to influence the game as he would have liked to. Played no part in the big comeback.

Coach Xavi Pascual – 6
His side looked almost too comfortable for 45 minutes of the match and he had no answer when their speedy style of play was not working anymore. Perhaps over-rotated the squad, a tactic which looked good when they were comfortably in the lead, but I would have liked to see some of the true stars remain on court for longer periods of the second half.

Aleix Gomez – 9
Superb performance from the young right wing, who scored nine from ten attempts and provided the finishing touch to many of Barca’s glorious fast breaks, back when things were going to plan.

Aron Palmarsson – 7
Does not need to play the way we’ve seen him on this court in past years, he simply creates for his teammates with his brilliant passing ability. However, a return to his old gunslinging days was what was required in the final 10 minutes.

Gonzalo Perez de Vargas – 7
Exceptional in the first half, he made it look so easy at times. The second half was a different story, however, as his positioning and movement was no longer enough against the pure power of Kristopans and Karacic.

Victor Tomas – 6
Scored two great goals from the wing in the first half. Although Gomez was in flying form, you could imagine that Tomas’ on-court presence in the final quarter could have had a calming influence on the team.

Gilberto Duarte – 6
Began the match at left back and although he scored very nice goal in the first half, his style of play in attack doesn’t seem to match what Barca are looking for.

Thiagus Petrus – 6
Harsh red card for a challenge on Kristopans in the dying minutes and his absence was felt. Overall a solid game in defence and got himself a couple of fast break goals in the first half.

Dika Mem – 6
Began the match very brightly, but after his first goal, he went 2/6 and didn’t quite look up to scratch at times.

Raul Entrerrios – 6
Showed he still had the magic with a pair of goals, but Barca needed something else when things were getting tough in the second half.

Kamil Szypzak – 5
Didn’t play much, thrown on as part of the vast rotation policy. Scored during his time on court, but not much else to report.

Aitor Arino – 5
Far too wasteful for a wing player. Milosavljev had Arino in his pocket and more was needed from the more experienced of Barcelona’s two left wings.

Ludovic Fabregas – 5
His minor dent on the scoreboard shows just how troubled Barca were in settled 6vs6 play today. A hero of last year’s final for Montpellier was unable to recreate the magic this evening.

Nemanja Ilic – 5
Came on for the misfiring Arino and did a somewhat similar job. Most of the fast attacking joy was coming down the other side.

Cedric Sorhaindo – 5
Played a minor role in the game. Scored the best goal of the day, but it didn’t count.

Jure Dolenec – 4
Filled in for Dika Mem momentarily and although he moved well, he couldn’t score with his single shot.

Lasse Andersson – 3
Just not his day today. Provided four assists, which saves his rating a little bit, but Andersson’s shooting was off today and his missed catch in the final minute told the story of his match.