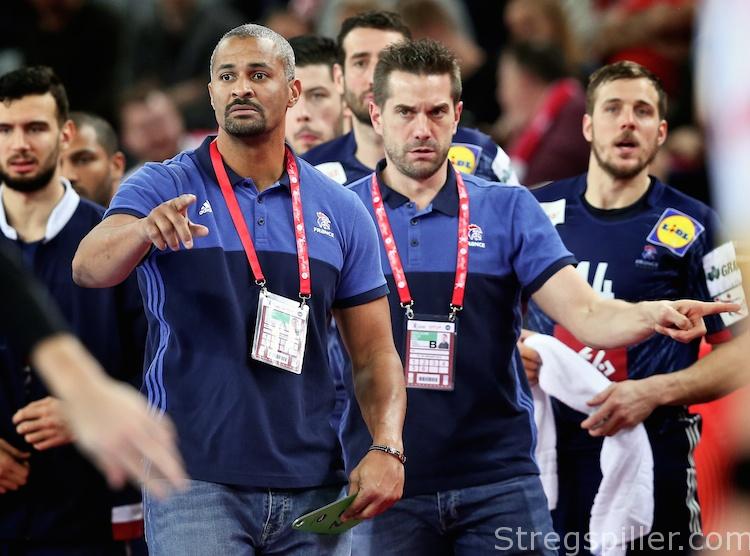 INTERVIEW – Just one week before the 2019 IHF World Championship, French national coach Didider Dinart still has plenty of questions to answer. Of the 20 players he selected on December 26, four will have to be cut before the first game of the tournament, on January 11th in Berlin, against Brazil. But before coach Dinart makes a final decision, on January 8th, France will play two games against Slovenia.

“We always set a late deadline because there are so many things that could happen before the start of the competition. Still, there are many tests and a lot of work left to do”, says Dinart, the former defense specialist, who remembers the beginning of the previous world championship, at home, when Timothey N’Guessan suffered an injury in the very last preparation match, missing the opening rounds of the tournament.

After nominating four lineplayers, four left-wingers and six right-handed players, Didier Dinart is facing some tough questions. And even though he shrugs off the idea of short and unsettling nights, deep inside, he knows that this list of players may be the toughest one he had to come up with during his tenure as head coach of “Les Experts”, thus far.

“Making choices is getting tougher and tougher every year. But, it’s better this way, compared to the alternative, isn’t it,” he laughs.

“Of course, there are questions to be asked, especially when we have players who don’t know how to slow down. They’re all very excited and ready to go”.

One player that will definitely be on the plane to Berlin is Nikola Karabatic. The center-back of Paris Saint-Germain is still recovering from his foot surgery back in October 2018. And even though he – as usual – is far ahead of what doctors have hoped for, he still falls short of playing a proper game of handball. He already runs, but as of now, he won’t do much more then that.

“Anything that may happen will be in agreement with him, the coaching staff and his club. I included him (N. Karabatic ed.) on the list, but that doesn’t mean he’ll join us at any point. There is no rush to say or do anything,” says Dinart, perhaps feeling a bit tired addressing all the questions about the French superstar.

As a former player himself, the coach knows that talking too much about the missing star may upset the twenty guys he has to pick from before the world championship. Thus, he’s keen to set the record straight.

“I don’t want any kind of ghost hovering above us, as some people hope for something that may never happen. We’ll end  preparation with the twenty players we called and then we’ll see what the future has in store. Today, Nikola is not fit to play, otherwise he would be included.”

Does the absence of the four times World Cup winner change the status of France ahead of the tournament ? Some of the pundits are quick to point out that Germany (without Julius Kühn) or Norway (missing Christian O’Sullivan) will be competing without key players as well. Still, the loss of Nikola Karabatic has more of an impact. For both, his opponents and his teammates. Yet, for Didier Dinart, his absence doesn’t change much.

“Players would be very angry if I said we’re not favorites. We’ll try to play the best we can and we’ll see where it leads us. But, we also know that the level of play is higher than it’s ever been, especially among European teams. Slovenia finished third two years ago, yet they won’t be in Germany ; it’s just one example that to shows how difficult it is to get to the top”, explains Dinart.  Aside from meeting some of the best teams, the World Cup also offers a path towards the 2020 Olympics.

“The top seven teams will either qualify directly for Tokyo or enter a qualification tournament. We want to be one of those seven, at least,” explains the French national coach, who doesn’t consider it a given that his team will leave the World Cup as champions, not after the retirement of Daniel Narcisse and Thierry Omeyer. The first objective is to emerge from the preliminary round.

“We want to finish the first phase with as many points as possible. If we get four, our eyes will be set on the semi-finals. And, if we have two, then we aim to become one of the seven best teams in the competition,” he foresees. Noting that, if France lack  humility, his players might face the prospect of an early elimination, as well.