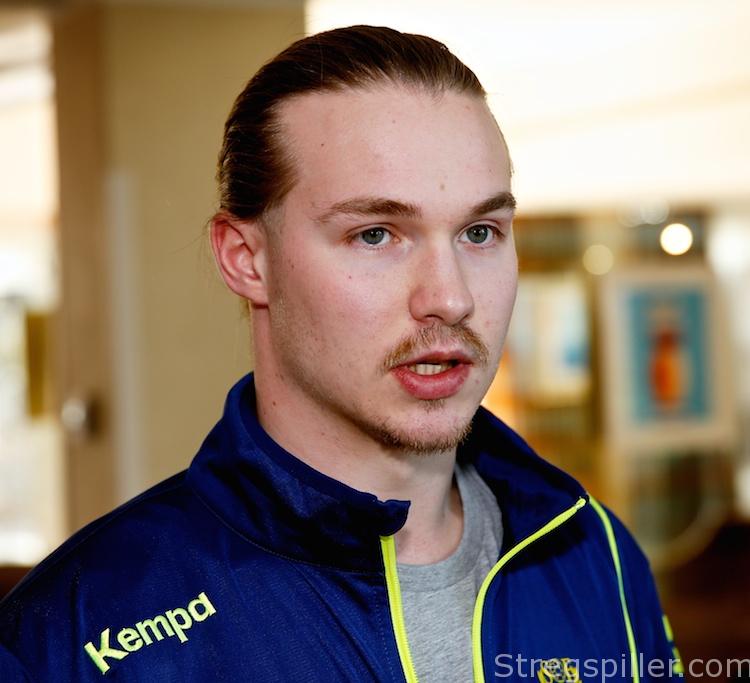 “Plenty of room for improvement”

INTERVIEW – There is plenty of room for improvement in Sweden´s offense, realizes left back Lukas Nilsson.

He also acknowledges that his team gets into trouble if their “speed game” doesn’t work, as it happened against France on Saturday evening, when Sweden scored only 17 goals.

“France were successful in not allowing us to practice our usual fast way of playing (handball ed.), and when that happens, we have our problems.”

This is the realistic analysis of the young Swedish left back, Lukas Nilsson, after Sweden’s semi-final dreams at the European championship suffered a setback after a clear 23:17 defeat against France.

“The match against France was a typical defense match – actually, we did very well in our defense, but we had huge problems in our attack,” explains Lukas Nilsson.

“We managed to follow France for long stretches in the match, but in the end, we made too many wrong decisions and had too many poorly placed shots.

“Of course, we had ongoing problems with French goalkeeper, Vincent Gerard,  as well, but that was mainly in the beginning. Mikael Appelgren also performed a number of great saves. So, at the end of the day, it probably were some small details that became decisive.

“Our main problem was that we did not get our usual fast game going,” says the 21-year-old backcourt player from THW Kiel.

He is fully aware that his team will have to win their last two main round matches against Belarus and Norway in order to proceed to the semi-final.

“I think we still have a good chance, as we are still a good handball team. We only have to work better in our offense in these two matches.

“There is plenty of room for improvement there,” finds Lukas Nilsson.

Now, he and his teammates have a little time to prepare for their next crucial task on Monday against Belarus, a team that got close to robbing Croatia at least one point, in their main round match.

“Belarus have a good, young team, and we will obviously have to prepare well for them. But, I am sure we can beat them too,” says Lukas Nilsson, who doesn’t expect to be at an advantage because Belarus no longer have anything meaningful to fight for at 2018 EURO.

“I do not think that’s going to play any part at all.

“As a handball player and team at this level you will want to win all your matches and we are certainly not going to make the mistake to underestimate them,” guarantees Lukas Nilsson.