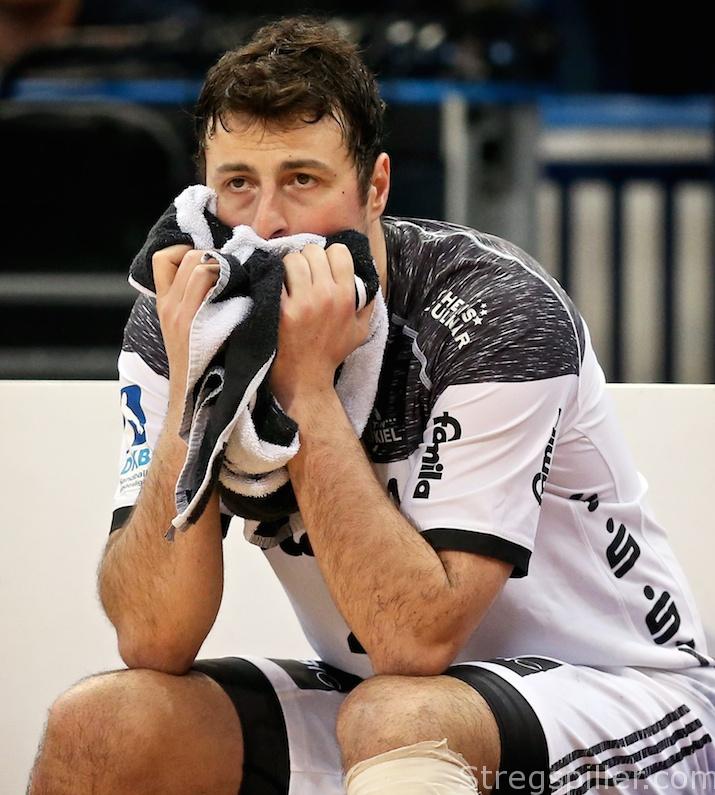 Pointing fingers at someone else is easy, also for us journalists. We don’t play, we don’t coach and we never lose. So we can criticize, we can complain, we can write almost whatever we would like to. For players, coaches and officials it’s different, especially if they point at someone else although they are not perfect either. And that’s why I strongly disagree with the whining of THW Kiel officials following the most recent drama surrounding Domagoj Duvnjak.

The Croatian superstar injured his leg during the opening match of EURO 2018 against Serbia and one day later he was replaced by Denis Buntic. Croatia’s national media criticized head coach Lino Cervar heavily and yes, he could have benched him earlier in the game. As critics pointed out, Duvnjak had played a total of 36:27 minutes. Could this have caused a muscle injury in the first match of a tournament? I don’t think so.

Obviously Croatia’s media and fans are not the only one’s who are rather unhappy about the incident. Duvnjak’s club, THW Kiel, already complained and was infuriated when he was called up for the tournament.  To be honest with you, I can’t hear it anymore because THW’s point of view is riddled with hypocrisy.  Sure, the club pays the player’s salary, but if Duvnjak wasn’t fit, why did he play for Kiel in December 2017?

And why did he play all these minutes during last year, after returning on “one leg” from the World championship in France? Duvnjak underwent a season-ending surgery in late April, just after helping Kiel to succeed in the German cup.  Who decided then that it was worth the risk? Well, it was his club, THW Kiel – no?

Giving up so much for Kiel, working as hard as possible to come back from a tough injury, could you ever question his desire to play a major tournament on home soil?  People in handball know how proud Croatian players are – to them not participating  at EURO 2018 in Croatia would feel like a betrayal of their country if they’d decide to stay home for no apparent reason. Certainly, after Duvnjak got the “green light” to play for his club. So, why on earth should he not play for his country?

Sure, Kiel is one of the clubs suffering because of national team competitions but maybe they should look at themselves before blaming others all the time. For some reason, clubs like Paris, Kielce or Veszprem don’t have that kind of problem?  Some critics say that these clubs play in smaller leagues and play less matches. True.

But Rhein-Neckar Löwen, for example, also sent several players to their respective national teams. How many of them get injured during major tournaments?  For the most part they stay injury-free, anyway.  So, maybe it has to do with the training at home as well, and a team’s style of playing handball.  Pointing fingers at someone else is always easier, of course.  And let’s not forget what happened to the career of Filip Jicha after he sacrificed his health for winning the 2014 league title with Kiel.

Instead of playing the blame game or complaining about the system it might help to take a look at yourself and see what you should do in order to improve the situation.

Check your training methods, challenge the recommendations of your medical staff, look at your game and how bench players can be utilized if your stars need a rest. Only then, when you think you made no mistakes at all, start whining again.