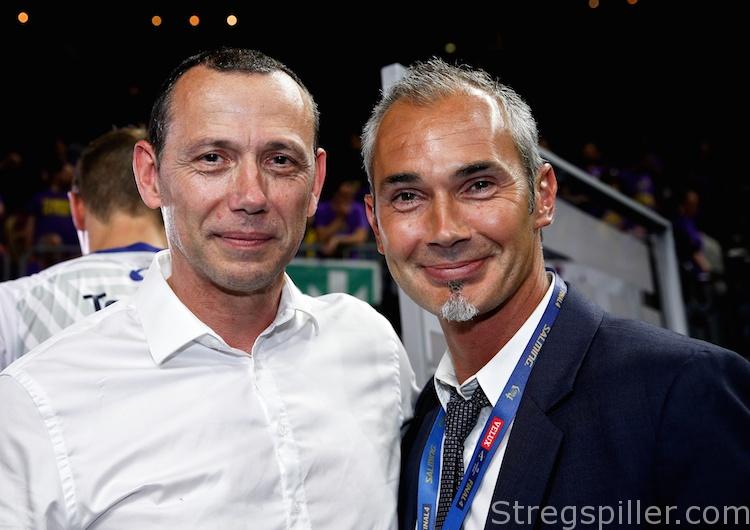 Porte opens the door to the final for Montpellier

Last year, as VELUX EHF FINAL4 debutants, Vardar enjoyed the tag of being undedogs and ended up lifting the trophy after Ivan Cupic’s crazy buzzer-beater in the final against PSG.

This year the talk was all about how the Macedonian side would cope as defending champions.

Montpelier celebrated the 15-year anniversary of their first, and so far only, Champions League title by reaching the FINAL4 for the first time and become the first team to go all the way from Groups C/D to the final.

For the first time in history, we are going to have an entirely French final and it came about due to two brilliant and dramatic affairs.

With eight goals from 10 attempts, Valentin Porte played his part, particularly in the first half, while Melvyn Richardson made a strong impression for Montpellier in the deciding phase of the match.

Both teams started with a 5-1 defence, which is not too unknown for Vardar in particular. However, it was Montpellier who were most successful at this variation of defending.

In fact, the team from southern France was in charge throughout the first half, only allowing Vardar to be in the lead once, at 7:6.

The rest of the half saw Montpellier on top, enjoying numerous two-goal leads, mostly thanks to one man in particular.

In fact, you could mention two players, as Vincent Gerard won the goalkeeper duel against Arpad Sterbik without really impressing, but sufficiently far ahead for Sterbik to be substituted before midway through the half.

However, the more important difference was Valentin Porte.

The 27-year-old Montpellier right back, who has really found his rhythm as this season has progressed, scored six goals from seven attempts before the break alone, and it was actually quite fitting that it was also Porte who stole the ball and gave Montpellier their first three-goal lead with a long-range buzzer-beater before the break.

Right from the start, Vardar started to close in on their opponents again, and for a great part, this had something to do with Strahinja Milic.

The second time, he replaced Sterbik in the Vardar goal, he started with a series of saves, which brought the Macedonian side back into the game.

At the same time, Luka Cindric stepped up in the playmaker position, bringing Vardar back within a goal at 15:14.

The sides then proceeded to trade goals back and forth for the rest of the match. With the score stuck at 21:20 for over five minutes, Melvyn Richardson doubled Montpellier’s advantage.

However, Vardar managed to continue biting Montpellier in the tail, and with 1:44 left on the clock, Stojanche Stoilov equalised at 27:27 from the line.

This turned out to be Vardar’s last goal in the game, though, and Diego Simonet made it 28:27 with 21 seconds left with his first goal of the game, it was enough for him and Montpellier to celebrate their final berth after Borozon’s final shot flew wide of Vincent Gerard’s goal.

It will be history in the making in the LANXESS arena on Sunday evening.

PSG and Vardar, who met in a thriller of a final last year, must regroup and refocus for Sunday’s bronze medal match.