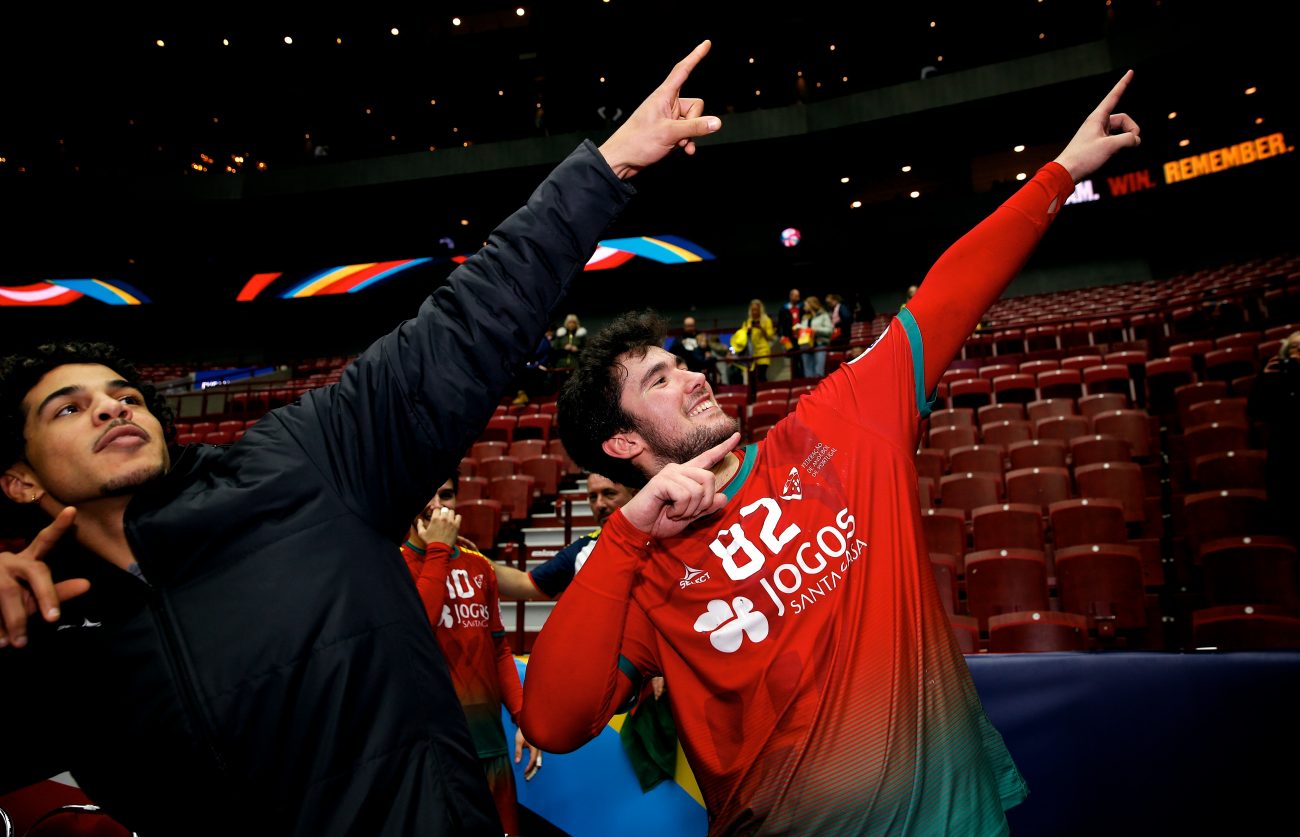 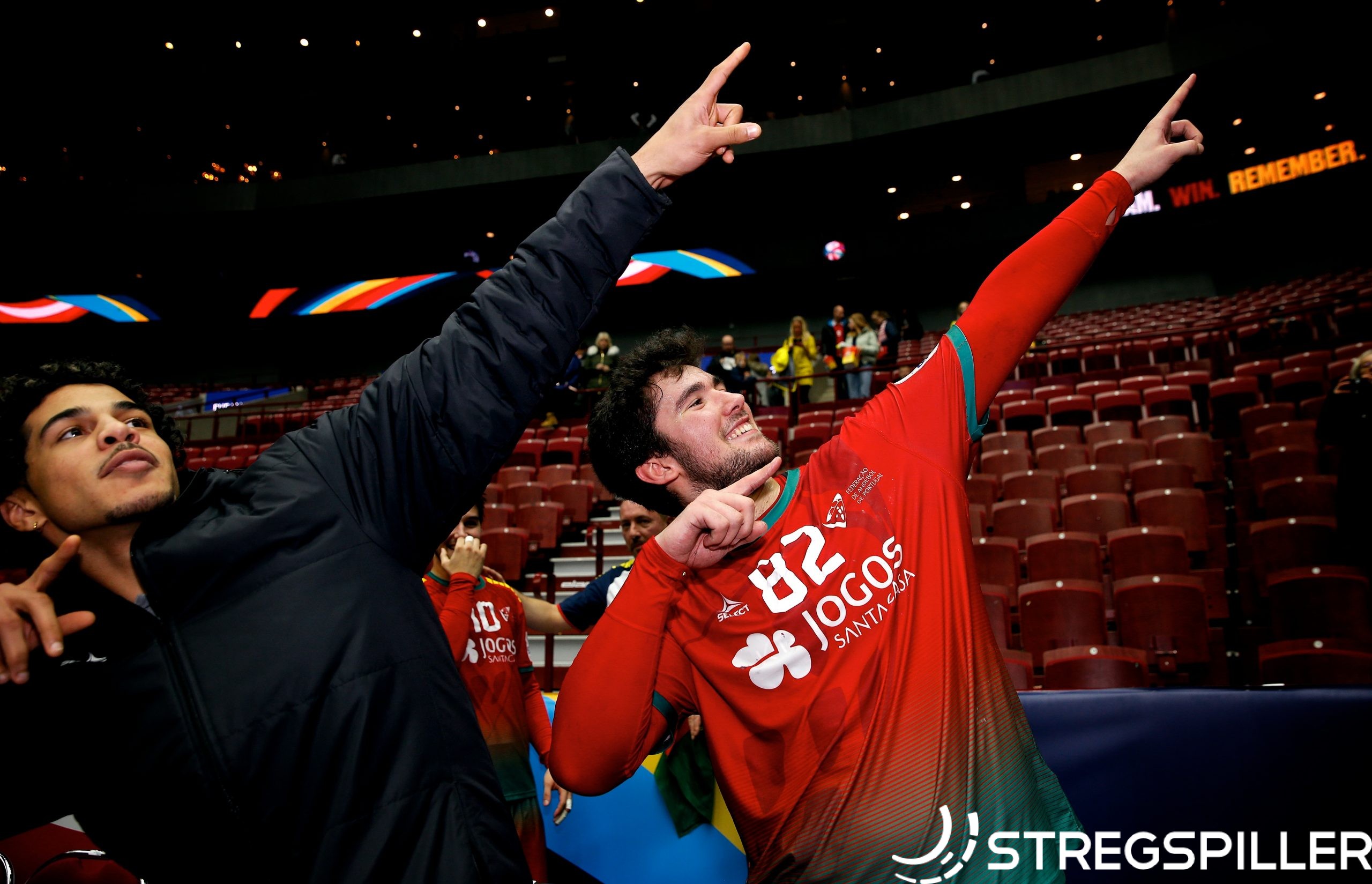 Who would have thought that after the group phase Slovenia would start the main round on two points, having won all of their three matches? Not many. Yet, head coach, Ljubomir Vranjes, had the opportunity to take another affirmative step towards the semi-finals against Iceland.

Slovenia jumped to a quick start and by the 10th minute it looked like the Balkan team  would trash Iceland. Instead Sigurdsson & Co. came back before paying tribute to Slovenia, who were led by an outstanding performance of playmaker Dean Bombac.

Actually, Iceland performed better with Aron Palmarsson off the court.  Olafur Gudmundsson proved to be an agile playmaker, as Dean Bombac was  for Slovenia. As a consequence Slovenia lead by one (15:14) at the break.

Remember Iceland’s second-half against Hungary during the preliminary round? Well, more of the same happened Friday night, as Gudmundur Gudmunsson’s men slowed down and almost stopped playing, only scoring once between minute 33 and 42. Who was at fault?  Klemen Ferlin’s, Slovenia’s goalkeeper, is partially to “blame” as he  turned into a human wall after the break.

Dean Bombac’s magic did the rest as he scored nine times, while delivering 10 assists, to assure his team’s 30:27 success. A notably better performance compared to Aron Palmarsson, who went through the game like a ghost, only scoring three goals.

Even when Slovenia were struggling to score goals, they could count on Dean Bombac. Take the 52nd minute, when Bombac picked up a blocked shot in his own court and threw a twenty-meter pass to line player Igor Zabic, who caught the ball with one hand and scored.  Slovenia was leading by four goals again in the middle of an Icelandic run.

Labeling the match between Norway and Hungary “competitive” would be a big overstatement. After nine minutes Sander Sagosen & Co. were ahead by seven and at the half they were leading 20:12. Simply put – Norway was too powerful, too fast, too precise for their opponent.  Now, coach Berge’s squad sit on top of the group together with Slovenia with six points after their 36:29 victory.

What a sad, sad Swedish team. Once upon a time this squad was heading for the stars, with players like Albin Lagergren, Jerry Tollbring and Jim Gottfridsson. It was only two years ago, when they advanced all the way to the final at EURO 2018. What we saw last night in Malmö was a team refusing to play high-tempo handball, a coach sticking to his ideas, while keeping Kim Ekdahl du Rietz on the court despite his lackluster performance.

In the end, Portugal just had to play their part to perfection and they did. Steals, fast-breaks, seven-against-six play – the second half turned into humiliation for Sweden, while their opponents ran away with a ten-goal victory.

The hosts of EURO 2020 will have to get back up and fast or they will face a similar fate against Norway, on Sunday evening.

Norway will face Sweden on Sunday, in what was expected to be one of the highlights of the main round. Now, it looks like the Scandinavian neighbor will all but assure the trip to Stockholm for a last round of handball with another win.

Given current form, Slovenia should progress to six points as well assuming victory against Hungary.

“I really, really enjoyed the energy that was put into this game by every one of my players – I think that was one of the keys to our win. Dean has even more energy as he didn’t play against Switzerland, I expected him to play that way.  We had some problems in defense in the second half as Iceland found some holes but then we were quiet efficient in offense; so we still managed to keep our advantage. Iceland showed some character when they staged a  come-back early on, after being down by four.  Towards the end of the game, it seemed like we had everything under control, more or less.”

“Iceland have a lot of experience but we showed that we can control a game as well. The key was that we stuck together and played a compact defense.

We don’t know how far we’ll go as we’ve taken matches step by step since the beginning of the competition and we’re going to do the same going forward. We must remain calm.”

“We played a really good game with 15 bad minutes in the first half, but mostly because we missed clear shots and penalties. So it really was a complete performance. Dean [Bombac] was leading the attack, scoring goals and making assists. It’s a great strength of our team – in every game, another player can decide the match. Like I said before, we don’t have the top five players in the world, but we have a lot of great players. Now, we just need to carry on with the good work.”

“Winning here, against the hosts can only be described as amazing. Before the tournament we would not have believed it. Right now, the sky is the limit. Of course, we are surprised by the big difference, but we played very well, probably the best game of the tournament so far. Winning against France was something, but this was even better.”

“It was tactical chaos in the second half. We didn’t reach our level today, not for one second. I have watched a lot of games with Portuguese teams in the Champions League – we knew they would be playing seven-against-six but we couldn’t solve it. It hurts, but Portugal really were the better team tonight.”

“It’s hard to find words to describe how we feel right now. We are hugely, hugely disappointed, but we can’t say that we deserved anything else. Everything Portugal did tonight worked for them.  Nothing worked for us.  We are hurt and we feel for the fans, right now.”