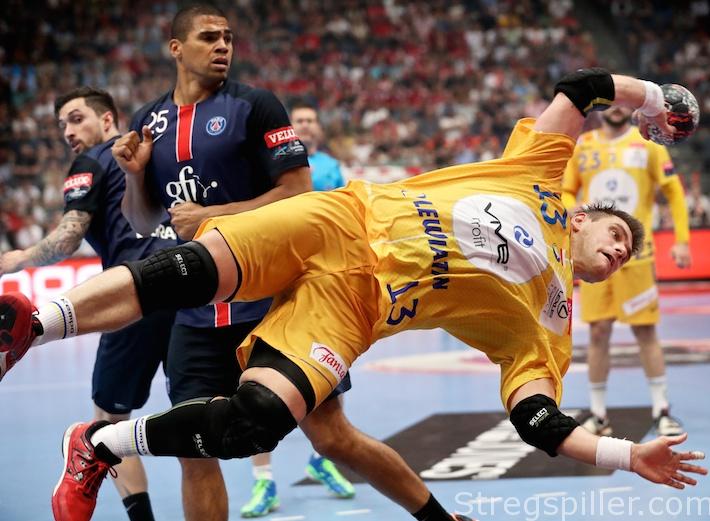 I’ve seen a lot of handball games on location, especially in recent times.  Finals of all major tournaments like the EURO, the World Championship or even the Olympic games. Final matches of European club competitions like the EHF Cup or the Cup Winners Cup.  But none of them did come anywhere close to the dramatic ending of this year’s Champions League final.

The game between Hungarian side Veszprem and Polish powerhouse Kielce was over midway through the second half – it was a done deal.  But for some reason it didn’t end the way it should have.  Kielce came back in a way I’ve never seen before, capturing the title in a penalty shoot-out.  Back in May, the team of Talant Dushebajev had come into the final weekend of the season as the big underdog.  So can they defend their title in 2017?

Taking a look at the players who left the club only two of them come to mind right away, Croatian right-wing Ivan Cupic and his compatriot Denis Buntic (right-back).  While Cupic shared time on the court with Tobias Reichmann – latter one has been performing on a world-class level in the past few months – the Croatian national played less and less because of Reichmann’s outstanding form, especially during crunch time.

Buntic was only a back-up option to Krzysztof Lijewski, and rightfully so.  Often it’s no fun to watch Buntic in action anymore, as he has his best days behind him.  Cutting a long story short, following the victory in Cologne, Cupic joined Vardar Skopje, while Buntic moved on to Pick Szeged.  Goalkeeper Marin Sego also left Kielce, but he was replaced by another Croatian, 24-year old Filip Ivic, one of the top talents in Europe.

Serbian winger Darko Djukic replaced Cupic.  He recently played for Turkish outfit Besiktas and scored 87 goals during last year’s Champions League campaign.  With Reichmann as a starter the new tandem on right-wing offers as much quality as it did last season.

So who will step in for Buntic?  Kielce fans will have to wait one more summer to enjoy the skills of Alex Dushebajev, who will join his father in Poland.  Pawel Paczkowski and especially young Macedonian, Branko Vujovic could get some playing time behind veteran Lijewski.  And Reichmann is also a capable of playing right-back in an emergency situation.

The main acquisition over the summer surely is  Dean Bombac.  The Slovenian wizard is one of the most entertaining players to watch in all of handball.  He was the main reason that Pick Szeged established itself as one of the notable clubs in Europe, winning the EHF Cup in 2014.  He will help a lot to reduce the workload of injured Michal Jurecki, as well Uros Zorman and Karol Bielecki.

So what’s the main weakness of the team that has gotten better on paper?  It probably is the average age of some of the core players, such as Jurecki, Zorman and Bielecki.  But also legendary goalkeeper Slawomir Szmal is inching closer to the end of his career.  His descending form curve has become more and more obvious in recent years.  But the club signed Ivic to make sure it will have a proper replacement once Szmal retires.

Kielce has one major advantage, or two, to be honest.  They have only one major rival in the Polish league – Orlen Wisla Plock. And Group B of the Champions League also offers a chance to rest some key players if needed.  Rhein-Neckar Löwen – although the club favors the Bundesliga compared to success in international competitions – and Vardar Skopje are the biggest contenders for first place, while Zagreb has an outside shot.

My bet is that Kielce will find a way to cruise through the group stage and finish first or second.  Then it depends on the draw and what other team the Polish champion will face in the quarterfinals.  We all remember quite well that Vive was one decision away from going out against Flensburg.  But I think they will, once again, qualify for the Final 4.  And as we all know, anyhing can happen in Cologne.