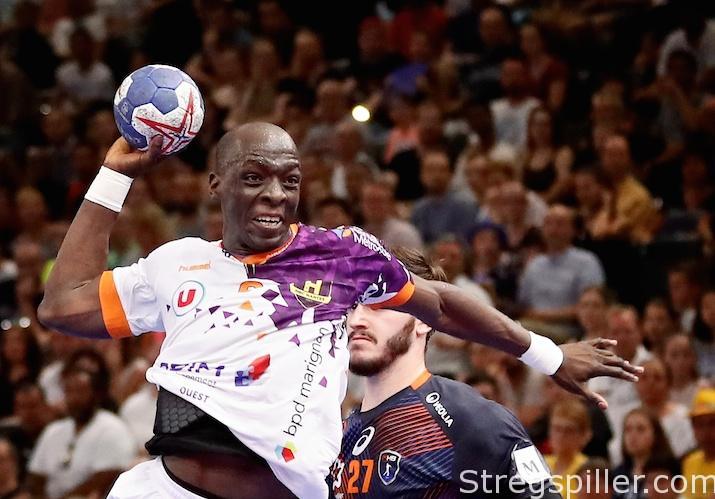 Can Szeged emerge from Veszprém´s shadow?

Standing in the shadow of Veszprém – in the Hungarian- as well as in the Champions League has been the role Pick Szeged has been accustomed to.

Will this be the season, when Szeged steps out and up in the Champions League?

The highly skilled Spanish coach, Juan Carlos Pastor, has almost the same squad as in the previous campaign, when Szeged reached the quarter-final, giving PSG a tough fight.

In Group A, Pick Szeged should finish in fourth position, thus getting a good seeding for the round of Last 16.  And neither Barcelona, nor Rhein-Neckar Löwen or Vardar – I consider all three teams fighting for the top in Group A – should feel completely safe against Szeged.

Bence Banhidi  – only 22 years old, but already a line player at an internationally high level.

Physically strong, reliable scorer from the line and good at creating space for his back court players – he already is a complete line player, who Pick Szeged can rely on.

Zsolt Balogh  – 88 of his goals scored during last season already made a strong contribution for Pick Szeged reaching the quarter-final.

This year, the 28-year-old right-back will also be an important figure in Pastor´s team, where he is playing in his sixth straight season.

With his 189 cm, he is not the tallest among of all the back-court players these days, but his shot more than compensates for any lack of height.

His speed and quick moves, his eye for the game and his ability to be a dangerous shooter himself – it all speaks for Stas Skube.

Odds of winning the Champions League:  10%

Recently, Igor Vori told the EHF website eurohandball.com that he has eyes set on the FINAL4 in Cologne.

The old giant on the line either sees things more clearly than I do, or he is being overly optimistic on behalf of his Zagreb team.  I think the latter is the case.

Of course, there is little doubt that Zagreb will emerge from the group phase, where the Croatian record champions have been drawn to Group A.  But already in the round of Last 16, problems will arise, as they will face an intimidating opponent from a very strong Group B.

The late and surprising arrival of Zarko Markovic who left the “handball paradise” in Qatar, should be an obvious reinforcement to the squad of Zagreb.   But the big, 31-year-old right-back is not enough for a team, where Vori, Zlatko Horvat and the Valcic brothers will still carry most if not all the responsibility.

No question, Arena Zagreb with its fanatic crowd will be a fortress once again, but it will not be enough to propel traditional club deep into the tournament.

Zarko Markovic  – Markovic´s return to Europe’s handball stage was one of the more remarkable transfers ahead of this season, although it came late.

Still, as a citizen of Qatar, Markovic has chosen to play club handball in Europe once again, and Zagreb can be pleased getting such reinforcement so close to the start of the Champions League.

However, Markovic´s late arrival also means that he may not be sufficiently integrated in the team to have an immediate impact.  Yet, there is no doubt that he will be an asset in the long run.

Zlatko Horvat  – almost 33, but still fast, furious and a player with a marvellous technical skill set.

The magician on right wing is still a pleasure to watch and certainly one of the key players for Zagreb this season again – good from the wing and reliable on penalties.

Stipe Mandalinic  – the 24-year-old left- back, who is playing his sixth straight year with Zagreb is also always worth paying attention to.

Last season, he scored 71 goals, when Zagreb reached the round of Last 16.  His excellent shot will be in demand again this season.

Odds of winning the Champions League:  8%

Last season, HC Meshkov Brest were sent out of the Champions League following a couple narrow defeats against Flensburg in the round of Last 16.

It does not have to be such an early exit for the strongest team in Belarus this time around.  Some experienced shooters have arrived to boost optimism in the club and the city.

Pavel Horak, Kontantin Igropulo and Petar Djordic have the experience and quality to strengthen Brest, if they can only reach the level we have grown accustomed to.

A very talented Croatian goalkeeper, Ivan Pesic, and an efficient right-wing, Dzianis Rutenka, are the other key players; Meshkov Brest should not have any trouble proceeding from Group B.

What they can do after that?  Obviously, this depends a great deal on the clubs ranking in the league table.  No predictions here and now.

Pavel Horak – the Czech international was great when playing for Füchse Berlin, until injuries put his career on hold.

Now, Horak should be back at full strength, and even at the age of 34, he has the ability to contribute more than just experience on the left-back position.

Konstantin Igropulo – in hind sight, joining KIF Kolding Kobenhavn was a big mistake for Igropulo who was not only a regular in the Russian national team before joining the Danish club, but also came from a winning team – Füchse Berlin.

It will be interesting to see if the 32-year-old right-back can get his career back on track in Belarus.

If so, the Russian with Greek roots, who speaks seven languages, will turn into a golden investment for Meshkov Brest.

Dzianis Rutenka  – 32-year-old Rutenka is not only a player worth mentioning because he is the younger brother of Siarhei Rutenka who retired after a long and glorious career, last year.

Dzianis, is a right-wing who has a fine career on his own, and is in his fourth season with Meshkov Brest after joining from league rival Dinamo Minsk.  He will be crucial to his team’s success.

Odds of winning the Champions League:  6%

Nantes – a breeze of fresh air

Last season, Nantes managed to reach the round of Last 16 from the so-called “second league” – group C and D.  They even succeeded in putting on pressure on their countrymen from PSG, drawing 26:26 in the first match at home before losing 35:27 away.

This season, HBC Nantes have been promoted to one of the top groups – A.

But the biggest news around Nantes has been the arrival of Kiril Lazarov from Barcelona.  Can the aging Macedonian still go strong?  If the answer is “yes”, then he will definitely be the reinforcement for a Nantes squad that stands for a dynamic style of handball.

Their goal also seems to be in safe hands with Cyril Dumoulin and Arnaud Siffert.

From the outset, it looks like Nantes will have to fight with Wisla Plock and Zagreb for reaching the elimination round. And the team under the auspices of head coach Thierry Anti possesses all the qualities to proceed to the knockout stage for a second year in a row – and possibly go even a step further.

On paper the team looks at least as strong as last season.

Kiril Lazarov  – we cannot speak about Nantes without mentioning Lazarov.

At the age of 37, the left handed Macedonian hard-hitter is looking for new challenges after a long and glorious career in Spanish handball.

His powerful shots from distance will be just as effective as his penalties – Lazarov ought to be a real asset yielding immediate dividends..

Olivier Nyokas  – on the opposite side in the back-court, World champions Olivier Nyokas is another critical player of a rather deep Nantes squad.

28-year-old Nyokas is not only a great jump shooter, but also an extremely elegant and athletic handball player.

Dominik Klein  – will 33-year-old Klein pull out another great season?  Everything seems to indicate that he will.

The fast moving left wing and former German international joined Nantes before last season after announcing the end of his successful career.  Obviously he does not see the French club as a retirement job – his experience will be very much in demand in the 2017/18 Champions League season, once again.

Odds of winning the Champions League:  5%