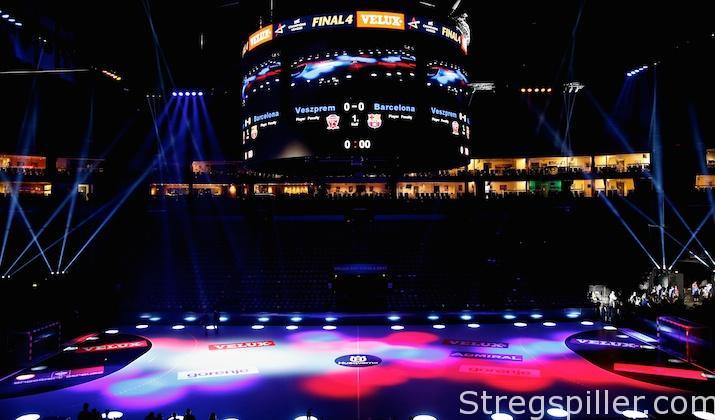 Aalborg can only surprise

It is for the fifth time, Aalborg participate in the Champions League.

So far, two rounds of Last 16 have been their finest achievements, and it is a big question, if the Danish champions can repeat such success this season?

After being drawn to Group B – by far the strongest one of the two top groups – Aalborg will have a tough job even finishing among the six best teams that will be entitled to move on.

Compared to last season, the team from Denmark´s third largest city lost the player who was the man behind the 2016/17 championship more than anyone else – Sander Sagosen.

The Norwegian “handball miracle”, already a world star at the age of 22, has left for Paris, and no less than two players have been brought in to replace him.

One of Denmark´s greatest talents on left-back, Andreas Holst Jensen, has been signed from league rivals GOG, while Lovro Jotic, who has played 15 internationals for Croatia, is arriving with Champions League experience gained in Zagreb.

However, not even these two or the great Icelandic playmaker talent, Janus Smarason, have been able to replace Sagosen, as Aalborg suffered a few nasty defeats right at the start of the Danish regular season.

Against Skjern the Super Cup was lost by 10 goals, and in their opening match in the league, Aalborg also lost big, on the road, at Bjerringbro Silkeborg.

Icelandic head coach, Aron Kristjansson, Aalborg has an experienced professional on the bench who knows the Champions League inside out. But he has a long way to go, making his new team work better.

Accordingly, expectations in the Danish champions are low. If at all, Aalborg can only surprise us.

Janus Smarason – the 22-year-old playmaker really caught the eyes of the handball world at the World Championship in France back in January, as he put on several great performances when playing for Iceland.

Aalborg had already closed the contract back then, but the Danish club acted smart and fast and Smarason joined the club right after the World Championship. Thus, he was already a big part in Aalborg’s 2017 Danish championship triumph.

His speed, technical skill and his aggressiveness are the qualities that don’t go unnoticed.

Andreas Holst Jensen – another 22 year old with huge potential. For several years already, many experts describe Jensen as the greatest Danish talent on left-back since Mikkel Hansen, and “yes” his shots are often reminiscent of the “Big Man” in Paris.

Andreas Holst Jensen lost most of last season, ruined by a torn anterior cruciate ligament, but now, having joined Aalborg from GOG, he is close to full strength again.

Simon Hald – why not complete the trio with a third 22-year-old. This big and strong line player took to the court in Aalborg’s previous Champions League campaigns in 2013/14 and 2014/15, and many see him as a future national team player as well.

Apparently, Flensburg-Handewitt has also spotted him. There are strong rumors linking him and the German club south of the Danish border.

Odds of winning the Champions League: 0%

RK Celje have won the Champions League once – way back in2004, and this season will not be the year where they will repeat the triumph.

Not only have the Slovenian champions the youngest squad in the entire Champions League – the average age is 23.3 years – but after having lost key players like Miha Zarabec (now Kiel) and Blaz Janc (now Kielce) Celje also appears to be considerably weaker than last season, when they were sent out after the group phase.

This may very well be their destiny once again in 2017/18, especially as they are going to play in the tough Group B.

At first glance, Celje seem to be the team that will exit the Champions League after the initial round, joining Aalborg.

Daniel Dujshebaev  – whenever  a ”Dujshebaev” is on a team, there is good reason to pay attention.  20-year-old Dani, who came over from Kielce this summer is definitely worth watching.

The big left-back already gained Champions League experience with FC Barcelona two years ago, and it is only natural having certain expectations, in Celje as well.

If he can live up to the big name and deliver, remains to be seen.

Gal Marguc  – the younger brother of Veszprém’s winger Caspar Marguc is only 20 years old, and just like Dani Dujshebaev, he is a tremendous talent who already demonstrated his abilities last season.

His skills on right wing and running fast breaks will be crucial to Celje’s performance in the 2017/18 Champions League campaign.

Igor Anic  – the 30-year-old line player has been around the block, including two spells with THW Kiel.

He did not meet expectations back then, but later in his career, his experience has helped him to several appearances with the French national team.

He joined Celje this summer from French Saran to solidify the line player position.

Odds of winning the Champions League:  0%

For a third consecutive year, IFK Kristianstad are in the Champions League.  In neither one of their first two attempts did they manage to make it any further than the group phase.

After winning the Swedish championship for the third time in a row, they are now trying to move on to the knock-out stage once again.  Can they do it?

The Swedes may be in the “easier” one of the two groups – Group A – but still, the competition will be formidable.  The team from the south of Sweden continuously suffers from having their best players grabbed by higher ranking clubs – mainly from the Bundesliga.

In “Bengan Boy”, Ola Lindgren, Kristianstad have one of the best and tactically most skilled coaches, but the former line player of the Swedish national team does not have a sufficiently strong player material to work with.

It’s difficult to see which one of the other teams Kristianstad could leave behind, in order to reach the round of Last 16.

Philip Henningsson  – already last season, his first year in the Champions League, young Henningsson gave us a taste of his skills.

Only 22 years of age, he still has things to learn, but he has gone far already, and his hard and variable shot will undoubtedly come in handy in Kristianstad’s push to reach elimination rounds.

Unfortunately, he is also very likely to be one the next player who will travel abroad.

Arnar Freyr Arnarsson  – Kristianstand managed to sign this young Icelandic line player despite significant competition from Danish KIF Kolding Kobenhavn before last season already.  Since then, they had every reason to enjoy their transfer coup.

Arnarsson (21), already showed off some of his impressive skills in Kristianstad and when playing for his native country.

Meassuring 201 cm and weighing 113 kilogram, he has the perfect size of a modern line player, and understands how to these physical advantages to the full extend.

Albin Lagergren  – it is quite amazing that Kristianstad have been “allowed” to hold on to Lagergren for as long as they have.

He recently turned 25 and still plays at the club, despite a brilliant left handed shot from right-back position.

But not even his 43 goals during last season were enough to save Kristianstad from finishing last in their group.  And in the 2017/18 Champions League campaign, he will probably have to do even better, for his club to succeed.

Odds of winning the Champions League:  0%