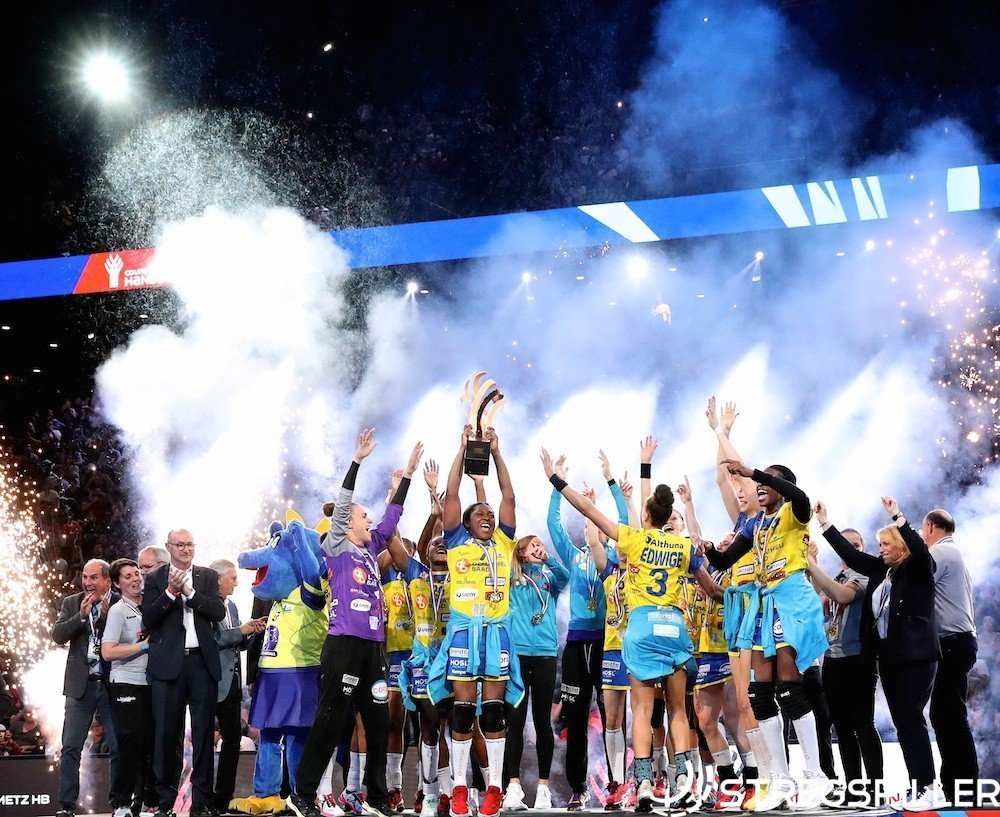 Every year the Coupe de France is a true highlight as the French Handball Federation showcases the country’s entire breadth of handball, but this time it will be a different, even more exciting event.

On the women’s side, Metz HB will try to put the cherry on the icing of the cake after succeeding in the domestic league for a 24th time, winning the bronze medal at the EHF FINAL4 one week ago and to bid farewell in style to six players, who will leave the club after this season.

Head coach, Emmanuel Mayonnade and his staff will do everything to crown an exceptional year of handball before a major re-building effort awaits.

While Astride N’Gouan and Meline Nocandy will stay in France (both will join Paris 92), Orlane Kanor and goalkeeper, Ivana Kapitanovic have opted for CS Rapid Bucuresti, Grace Zaadi will be found not too far from there at CSM Bucuresti and Adriana Cardoso de Castro has signed with ZRK Buducnost for the the 2022/23 season.

Exactly 30 years after splitting off from the men’s division it remains to be seen if there is much to celebrate for the team of head coach, Sebastien Mizoule, once they square-off at Accor Arena, in Paris.

During the regular season, Metz HB kept the upper hand (33:24 (h); 34:28 (a)) and Meline Nocandy ranked among the high scorers on both occasions.  Can she add another highlight performance after limping off the floor last weekend during the EHF FINAL4 bronze medal match?

For sure, one Danish player will be lifting the prestigious trophy at Accor Arena as Louise Burgaard (Metz) will face fellow countrywoman Line Uno (Besancon).  Likewise the three youngsters (Bouktit, Jacques, Halter and Augustine) will look back at a year in handball like no other in their budding careers.

The men’s final will showcase the “Last Dance” of one of the all time great handball players – Kiril Lazarov.  At the age of 42, the Macedonian handball legend will call it quits after a 25 years career.  Will he retire with another title?  Expect Nantes to stage an effort befitting the occasion.

Paris St. Germain on the other side will bid farewell to yet another handball legend as Mikkel Hansen will leave the club and join Aalborg Handbold after ten seasons in the French capital. Recovering from injury, the two-times World champion will watch his teammates from the sidelines to get the job done.

Given the flawless record of PSG in LNH D1 during the regular season (the team scored 30 wins in as many games) the affair on Saturday night against Nantes should be clear cut, but will it be?