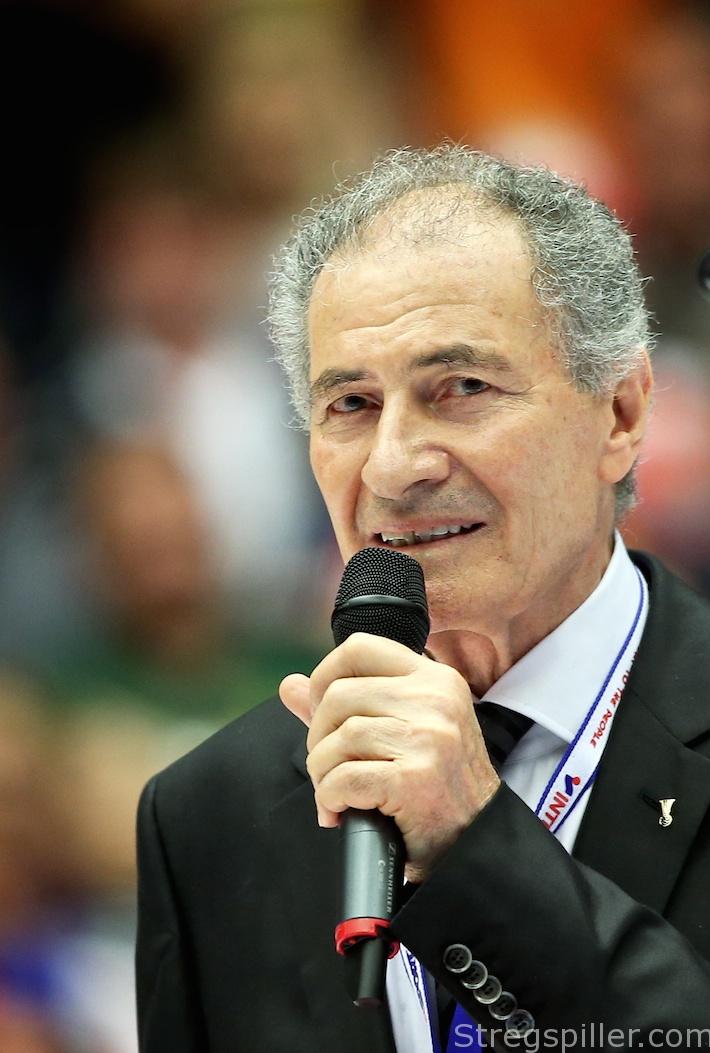 In case you’re looking for an article full of praise and compliments, well, then you’re definitely wrong here.  However, if you like a deeper look at what’s currently going wrong in handball, then sit down, relax and, hopefully, “enjoy” – although the general content is hardly positive.  But what can you make of a sport where teams withdraw from the competition, half-way through the season, for example?

Especially German handball, except for the so-called “Bad Boys” of Dagur Sigurdsson, has produced too many negative headlines in recent years.  Uwe Schwenker, former manager of record champion THW Kiel, was taken to court after being accused of bribing referees in a 2007 Champions League match.  Although he was discharged, a stain and bitter taste remained.  Currently he’s the league’s president.

In 2014, mighty HSV Handball Hamburg, just twelve months after winning the Champions League, went to court in order to be re-instated as a member of the DKBHandball-Bundesliga after revocation of the club’s license because of financial troubles.  As a result the league started the new season with 19 teams instead of the regular 18.  Just one year later that same HSV withdrew from the league right in the middle of the campaign after the club’s controversial patron, Andreas Rudolph, stopped paying the bills.

Germany’s handball federation – DHB – is not trailing far behind when considering “room for improvement”.  Bob Hanning, vice-president of the federation and general manager of Füchse Berlin, isn’t looking to make a lot of friends while doing his job.  While he’s pushing hard to help handball becoming more professional, he doesn’t stop there.  Bernhard Bauer, the former president, stepped down amid various “solo runs” by Hanning.  Among other reasons, Bauer was missing cooperation.

Now, you could ask yourself:  Why is it a problem anyway?  The German handball federation is the biggest one of all and the German market is the most important one when it comes to acquiring sponsors.  And since the league is considered “the best” in the world, Germany is the epicenter of handball.  While the EHF, the European Handball Federation, sits in Vienna, Austria, the ways to Germany are short.

As the portrayed image of this sport to the world outside is not the best, the players offer incredible performances on the court, several times during the week.  As mentioned before, the German national team put on a show in January at the EHF Euro 2016 in Poland, stunning all fans and experts winning the gold medal with a squad comprised of greenhorns.  Less than half a year later it seems like the team has already been forgotten.

Media is starting to focus on the UEFA Euro 2016, and while the Olympic games in Brazil are following soon, the newspapers, websites and television stations rather report about fourth division football than world class handball.  So what could handball people and handball’s supporters do, to make the sport more present in everyday life?

First of all, and we are talking professional ports here, it needs the involvement of more professional people.  It starts with the staff working within the DKB Handball-Bundesliga, the clubs and the officials.  Even today, in the 21st century, if you want to apply for an accreditation of the German Cup Final 4 or the annual All-Star game, you need download a form, print it, fill it out, upload it again and send it back to the league.  Seriously?

More examples needed?  Here we go.  Some clubs forget to update their website with the latest result but send super-detailed match reports late at night rather than focusing on being up-to-date with the most basic information.  Regular beat writers are not invited to press conferences because the newsletter system doesn’t work.  The national federations of players send announcements way before the actual clubs do so.  The list goes on and on.  Maybe it’s asking too much, but how on earth is it possible to get an accreditation to a league match and then there’s no media seat available at the game?  Still, the organizational problems don’t stop here.

Playing schedules have become increasingly disintegrated, to say the least, and it’s beyond denial.  Some players have made strong statements by taking tough decisions.  One, very good example, is Kim Ekdahl du Rietz.  The Swedish left-back of Rhein-Neckar Löwen retired from the national team when he was 25 years old, with the best time of his career still to come.

Don’t you think he would have loved to play at the World Championship in Qatar last year?  Probably, yes.  Or how about competing at the recent EURO in Poland?  I guess, “yes”, again.  Maybe a trip to the Olympic games in Rio de Janeiro would have been be nice?  I’d bet all my money on it.  But his body couldn’t hold up anymore because of the regular beating it takes in the league and Europe’s premier club competition – the EHF was smart enough to add even more unimportant games to the group stage of the Champions League.

Six of the eight teams from the “strong” groups make it to the knock-out stage.  Does this really make sense?  A team from Turkey takes part in the competition with 500 fans attending the home matches.  Embarrassing.  Then the EHF decided to expand the men’s EURO to 24 teams starting in 2020.  Are you kidding me?

Actually there’s a reason why teams like Bosnia, Switzerland or Portugal never qualify, they are just not good enough.  I’m curious to see how many people will enjoy their time in an arena in the North of Norway in the middle of the winter when Belarus faces Romania.  Handball doesn’t necessarily get better by spreading it indiscriminately.  Also money doesn’t get more plentiful.  It’s about the players, it’s about their faces.

Sure, you know a lot of players otherwise you wouldn’t read such an article.  But maybe ask some of your friends, who are into sports – not into handball- how many handball players they now.  In Germany, the biggest handball market in the world, former world class left-wing Stefan Kretzschmar is more known for being on television or social media, rather than being a handball player.  By the way, he retired in 2007 and still does everything possible to promote handball.

It’s up to pro-people to come up with a plan to create more “faces”, more “characters”.  Faces that kids will adore and admire.  But unless there’s money to gain, it seems like the decision makers within the system don’t really care.  That’s why some semi-pro’s will continue to lead the sport of handball, but probably into the wrong direction.  And I didn’t even mention Wolfgang Gütschow’s idea of the Premier League Handball yet.

Talking about the schedule again – while the most important club competition in the world, the EHF Champions League Final 4, takes center stage in Cologne this weekend, the German league plays its second-to-last match day.  No, that’s not a joke – unfortunately.  And I wonder what are people thinking while trying to implement a professional system?

Right now, one thing is for sure: If something doesn’t change drastically, and I don’t mean the new rules – yes, some of them are absolutely crazy – handball will suffer even more.  More key players and stars will retire from the national teams early, will miss more games being injured thanks to an insane schedule and less kids will start to play because the sport doesn’t inspire them enough.

It’s time for a change, more honesty and more pro-people in a wannabe pro-sport.