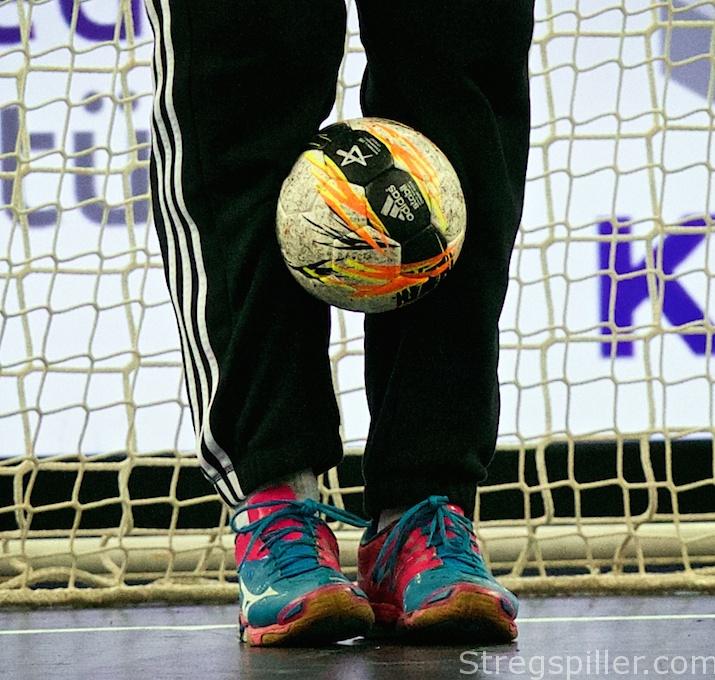 WOMEN´S CHAMPIONS LEAGUE REVIEW – The FINAL4 of the Women´s Champions League will consist of the same four teams, as last year.

CSM, Gyor, Vardar, Buducnost. Does this quartett ring a bell?

Right, these were the four participants of the FINAL4 of the Women´s Champions League 2016.

Based on the results of the first leg of the quarter-finals this past weekend, it’s fair to assume that the same four clubs will make it to Budapest, again this time.

Midtjylland save their honor, but not much else

FC Midtjylland got close to catching up with Vardar´s seven-goal lead, but they never got any further than being one goal down a couple of times right before the end.

Midtjylland right-back, Louise Burgaard, had encouraged local spectators to show up and make a lots of noise.  Some of them listened.

IBF Arena in Ikast was far from being sold out, but those who came, did what they were asked to perform.

For the first time ever, I experienced a Macedonian team playing on the road without having any fans in the hall.

There was not much support for the two Hungarian referees, Péter Horváth and Balázs Marton either, but that was their own fault. Usually, Horváth and Marton are doing a fine job, but this Sunday, they showed one of their poorest performances I have seen in the Champions League, for many years.

They main problem was not staying faithful to their line of refereeing, and as the second half progressed, players hardly knew what to do, to escape two minutes suspensions. Having said that, the referees had no decisive influence on the result, though.

Completely dominant throughout the first half, Vardar were close to throwing it all away in the last 30 minutes.

Vardar were playing 44 minutes without Andrea Lekic who did not practice for 25 days due to injury.

In her place, right-back, Alexandra Lacrabere assumed playmaker duties, which seemed to confuse Midtjylland ‘s defense in the first half.

It took the hosts the entire first half to figure it all out, and when they finally did, they were able to put Vardar under pressure.

Lekic came on with 16 minutes left, but the hosts still kept getting closer. In fact, they managed to change a seven-goal deficit (12:19) into one goal margin at 26:25 and 27:26, before Vardar scored the last goal of the match.

Still, the two-goal win should be more than enough for Vardar en route to another trip to the Final4 in Budapest, at the beginning of May.

Gyor – in and out of trouble

Les Arenes in Metz is a difficult place to score points for any visiting team. Gyor came to realize it as well.

It is not often that the Hungarian powerhouse loses – not even when on the road.

However, they managed to get out of the worst trouble after being five goals down at one point. They should be able to catch up with the one-goal deficit back home in Audi Arena.

Gyor were on their way to take control on the game several times during the first half, but each time they got up by two goals – something they did frequently – Metz came back.

With the enthusiastic support of a packed arena, Metz were able to take a couple of one-goal leads, before the first half ended in a stand-off.

The first part of the second half belonged to Metz.

When the hosts were leading 28:23 with 12 minutes left, they were on the way to create real doubt about the overall outcome.

However, Gyor´s enormous experience brought them back into the game.

Four successive Hungarian goals almost eliminated Metz´ advantage, and for the rest of the match, Gyor did not loosen their grip, but kept their opponents on a short leash.

In the end, Ambros Martín´s women left with a one-goal deficit ahead of their home game.

These were the five players, Larvik were missing as they entered Moraca hall, a venue that is feared by so many teams.

Only 11 names did Larvik list on their team sheet for a remake of the 2015 Champions League final.

It was all set to go wrong for the Norwegians and it did.

Just like last year, when Larvik faced Vardar in the quarter-final, did the Norwegian record champions lose the first leg by 14 goals.

34:20 read the score in the end against Vardar a year ago, but unlike this year, back then Larvik were at their strongest formation.

This time, the outsized defeat was easier to excuse, considering significant personnel problems.

Larvik managed to follow their opponents until 7:7. But when Buducnost went ahead 12:7, it meant game over for the visitors.

After leading by five at the half, the Montenegrin team continued where they left off in the second period.

It only took Buducnost four minutes to double their half time lead to 10 goals at 20:10, and the rest of the match turned into a showcase of Montenegrin dominance. The final score renders the second leg match at Larvik’s Boligmappa Arena to a mere formality.

Already on Friday, ruling Champions League winners, CSM Bucuresti took a major step towards the FINAL4 by winning 30:25 at home against Ferencvaros.

All return matches will be played on Easter Saturday.