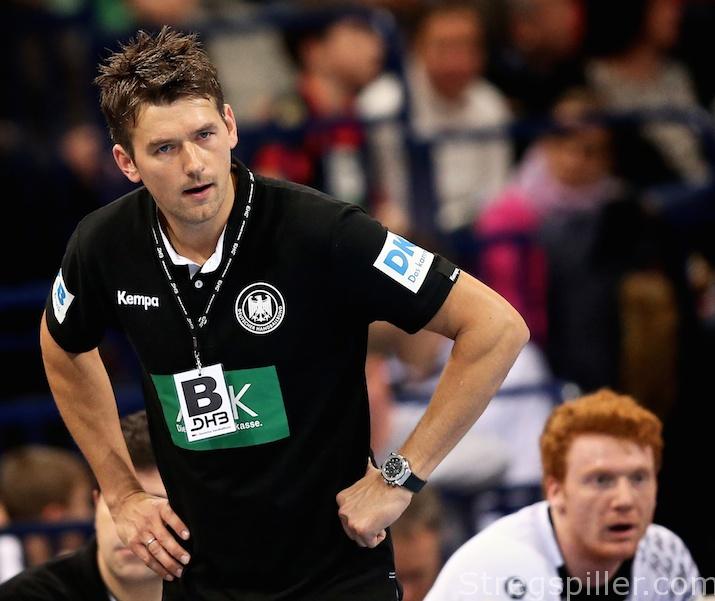 Frankly, it was a somewhat stunning move by Germany’s handball federation when president Andreas Michelmann announced Christian Prokop to remain head coach of the men’s national team, on Monday afternoon.  A surprising decision, but a courageous one. During a time when only results seem to matter, hardly anyone gets a second chance, especially in the world of pro-sports. Moving forward with Prokop was an interesting call, to say the least.

There are many reasons why DHB’s representatives opted for retaining the 39-year old rather than letting him go. First and foremost they still give him credit. Otherwise you can’t explain the payment of half a million EURO’s to buy him out of his contract in Leipzig, a team that never ranked higher than eighth place in the league. They also signed him for a five-year deal thereby signaling a certain trust in his abilities. Firing him one year after finalizing the agreement would have been a sign of failure – not only Prokop‘s failure.

Financially, it would have been a hard pill to swallow as well. Today, Prokop earns north of EURO 200,000 per year. Although, I doubt he would have stayed without a job for long, the federation would have had to cough up more money for nothing in return. Last but not least – what were the alternatives?  Who else would have been available?  And no – Markus Baur who recently lost his job wasn’t a serious option – just take a look at his coaching résumé. A great player doesn’t necessarily make a great coach.

Bob Hanning, the all mighty vice-president of the federation, surely played his role in the decision-making. Him stepping down from his position in case of Prokop’s dismissal was an implied threat DHB had to deal with as well. All in all, it hardly left the federation with any viable choices. Hanning is a master when it comes to sport politics and the decision on Monday serves as another prime example. Following a final meeting in Hannover regarding this matter, Germany’s “handball family” now seems to be in full support of the coach – again.

What about the players? Veteran goalkeeper, Silvio Heinevetter, an honest and outspoken character, said that the talks with Prokop, which took place last week already, were lengthy and intensive, and quite good.

“Everyone was direct and straight forward. Christian looked like he had thought deeply about everything and admitted making some mistakes.”

A good first step, because he is too smart to ignore the errors leading up to and during EURO 2018.

Heinevetter added that being part of the entire process – deciding the future of his boss – felt rather “awkward”.

“We didn’t want to point our fingers at him. Now, everything is set for the future. We will play a World championship on home soil next year. It’s time for restart and forget about all of this”, he remarked.

Let’s hope, for the sake of German handball, the rest of the team agrees as well with the soothing words of Heinevetter.

Some of the guys probably do, but Steffen Weinhold, who served as captain of the 2016 European Championship team, in Poland (at the time Uwe Gensheimer was out with an injury), claimed:

“If four or five guys stop playing for the national team we lose a lot of quality.

“I’m rather optimistic with regards to the World championship. But it’s important that all players will be available and some might consider retiring after this decision”, the 31-year old commented.

Weinhold hopes that Prokop, “will be able to convince everyone to start from scratch. It’s all about us being open and trusting him again. But it also depends on the coach and the officials to encourage us in doing so.”

In about six weeks, the team and the coach will meet again for the first time after the decision “PRO-kop” was announced. It will feel awkward for sure, but hopefully only for a little while.