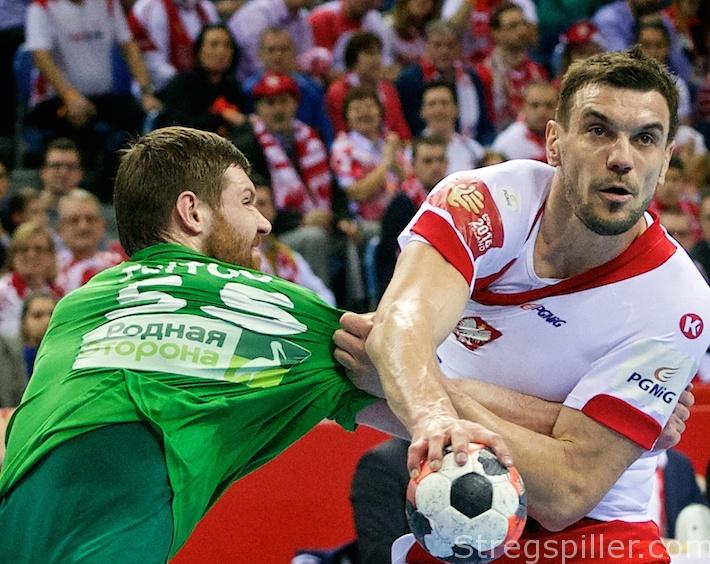 It wasn’t too long ago that I wrote an article about handball in Poland, or the Polish national team, to be exact.  Just prior to the Olympic games in Rio I thought it was going to be the last hooray of the almost Golden generation, of Slawomir Szmal, Karol Bielecki and Krzysztof Lijewski. Along with Michal and Bartosz Jurecki they formed the core five of the “red and white”.  They were already part of the team that finished second at the 2007 World championship in Germany.

Almost ten years later two of them, Szmal (38) and the older one of the Jurecki brothers, Bartosz (37), are closing in on 40. Bielecki is 34 and a one-dimensional sharp-shooter who doesn’t make his teammates better, but is very dependent on his form of the day.  Once he catches fire, he’s almost impossible to stop. But you can’t build a team around him and you can’t build a team around a soon-to-be 35-year old.

Lijewski is 33 years old and injury-prone, while Michal Jurecki missed most parts of the Rio games and a nagging ankle injury has limited his effectiveness.  He’s also 32 years old and his style of play doesn’t let me believe that he will be around for much longer. Jurecki could still be part of a Polish team at the Olympics games in Tokyo in 2020, but more as a mentor to younger players rather than a true leader on the court.

When you talk to Polish journalists about the fact that the various coaches, especially Wenta or Biegler, weren’t able to introduce younger players to the roster they always refer to the team’s structure and the character of the players.  Some of them feel like being superstars, actually they are, but they also act the part.  It’s very hard to come in as a youngster, get the respect of your teammates and feel comfortable.

Ahead of the World championship in France, Szmal, Bielecki and Lijewski announced their retirement from the national team.  It might be only temporary, you never know, but it could be for the better of Polish handball.  Poland lost the first two games of the EURO qualification, at home to Serbia and on the road versus Romania.  I just don’t see them as a winning team anymore.

So who will lead the team back to glory in the future?  Piotr Wyszomirski comes to mind right away.  The 28-year old goalkeeper had some sensational outings at the Rio games and joined German outfit TBV Lemgo from Pick Szeged in the summer.  He should improve because of better and stronger competition in the German league.  Currently he’s on the same level as Szmal is, maybe slightly above.  Time to start a new era, at least between the goal posts.

When you build a new team, a defensive anchor is one of the critical elements to start with.  Kamil Syprzak might be 2.06 m tall, but he’s not what you call a great defender.  He could grow into this role, although I’m a bit skeptical.  But in offense, he should be someone to count on.  His tremedous size makes it much easier for the back-court to find him and once he is a bit more consistent, Syprzak can become a world class line-player.

Then there’s Pawel Paczkowski, who just turned 23 in the summer.  He’s playing for Kielce on the right-back position and has turned into a very reliable option, when coming off the bench to give Lijewski some much-needed rest.  I like his smart decision-making.  If he adds some muscles to his body and improves his defensive skills he can become Poland’s new leader in the back-court.  But he’s still quite young, so obviously he lacks experience at a high level when it comes to carrying the team.

Talant Dushebajev, and you know how high I rate him as a coach, is facing his toughest challenge so far.  He just extended his current deal with the federation until the 2020 Olympics.  But even a wizard has his limitations.  He needs a lot of patience, and even more of support from his bosses, to bring Polish handball back to the top.  While we should never underestimate his abilities, right now it looks like there’s no reason to expect Polish pride in the near future.