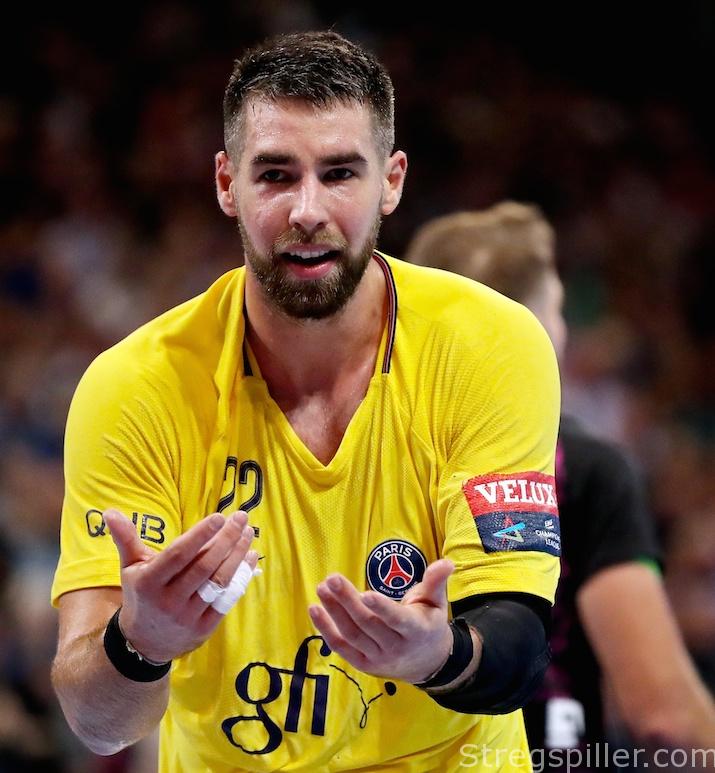 The 2017/18 Champions League favorites from Paris still have to deliver one awe inspiring performance, a victory that sets a benchmark that the other big clubs will look up to.

Instead, it seems like the French champions are slowly moving in the opposite direction with two tight victories and one loss in Flensburg, ten days ago.

You could already see signs of a slowdown two weeks ago, when Paris struggled to beat Meshkov Brest in the Velux EHF Champions League.  But then, it all came to light at Flens-Arena, where Mikkel Hansen & Co. were severely punished by SG Flensburg-Handewitt.

Too predictable, too slow, too physical – maybe?   But these are the issues that have to be worked on and corrected in order to get the “machine” going again.

“We knew that, with teams such as Flensburg, Veszprem, Kielce or Kiel in our group, we wouldn’t end the group phase unbeaten.  There’s no need to panic or to be frustrated”, said Nikola Karabatic last Thursday, after a victory in the French league against Saint-Raphaël.

Facing a team that’s hardly among the best in Europe, Paris handed in one of their worst performances in 2017.  Balls that were thrown straight out of bounds, plenty of technical fouls and some sense of tiredness only allowed PSG to win by two goals (27-25).

After just one month of competition including a tight match schedule, you can sense that players are beginning to feel a bit exhausted, even though Noka Serdarusic is rotating his bench a lot more this season.

Remember the game in Kiel, when Nikola Karabatic barely crossed the mid-court line for sixty minutes? You couldn’t have imagined this decision last season.  Still, for some players, prolonged periods of time on the pitch show.

Especially for Luka Karabtic, who’s been playing fifty-five minutes a game since the beginning of the 2017/18 campaign, due to Jesper Nielsen’s concussion.

“It’s getting hard but I try to recover as good as I can.  I don’t follow a special training schedule – I’m trying to follow the whole team.  Jesper should be back soon and that’ll be a good thing”, said Luka Karabatic after Sunday’s Champions League win against Celje.

The Swedish line player sat on the bench, but wasn’t going to play anyway, since he has yet to resume full contact training.

In the Champions League match against Celje, Paris showed a slightly better performance again – still it’s nothing to write home about.  Leading by four goals after five minutes and finishing only one goal up, nine minutes before the end of the match, is not what you’d expect from the Champions League finalist of last season.

“The game went exactly, how I planned it.  I watched the previous three Celje matches, and if they had beaten Kielce, Veszprem and Aalborg, I wouldn’t have been surprised,” said Noka Serdarusic after the contest.

It’s one way to take some weight off his players’ shoulders by highlighting the quality of the opponent.

Perhaps – even though Igor Anic, Celje’s line player, thinks: “Paris are far from their best yet.  The month of November is usually the one where it gets hard for everybody, and maybe they’ve not hit their peak form just yet.”

Luka Karabatic was the first to admit his team’s difficulties. “Right now, we lack constancy.  We also didn’t tighten our grip on the game enough.  Our opponents take advantage of this, especially as everybody’s playing 120% against us”, said the French line player, who refuses anxiety to take control even though his team could be playing much better.

Right-back, Nédim Rémili, might serve as another good example – he scored only two goals of the twelve shots he took in the past two games. And even though his frustration showed on Sunday, at some point kicking the advertising board, he wants to keep his focus on the most important objective:

“For sure, I’d like to put the ball in the net more often these days, but the most important thing is that we keep winning.  Our winning streak was stopped in Flensburg and, no matter how good or bad we play, we have to resume it.  Job done.”