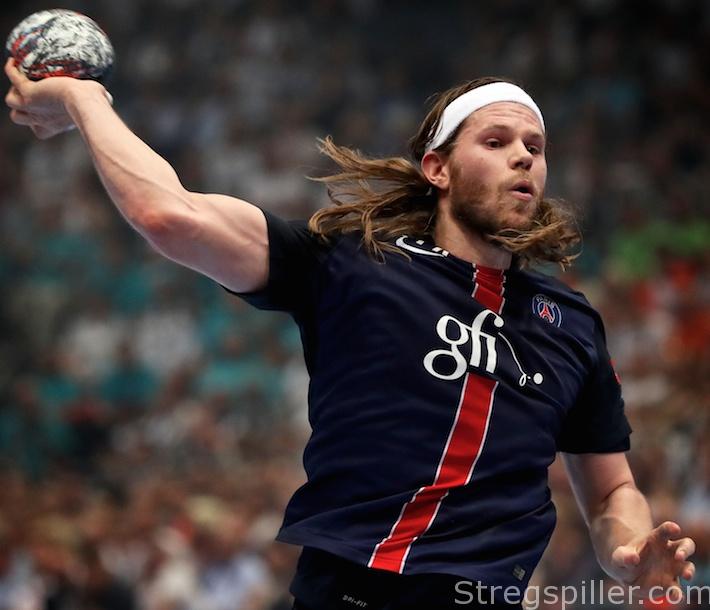 stregspiller.com MATCH OF THE WEEK – In a genuine top match, Paris Saint-Germain overcame Pick Szeged and took pole position, in Group B.

All in all, PSG’s victory was deserved, but the visitors from Hungary showed that they are a top team to be reckoned with this season.

*The two clubs that met in Stade Pierre de Coubertin on late Sunday afternoon were the only two teams in the entire 2018/19 Champions League who had not lost a single point in their first five matches.

*The encounter was only the third meeting in the Champions League between the two clubs.

*PSG were missing playmaker Nikola Karabatic after his foot surgery, while Swedish left back Kim Ekdahl du Reitz was back in the squad.

Rarely live top games up to the hype leading up to them, but this one did.

In short, it was a brilliant, intense performance including a dramatic ending and all the pundits who were in doubt if Pick Szeged was a real top team, must reconsider their position after this match.

PSG were just that tiny bit better, mostly because of their deeper squad, but Juan Carlos Pastor´s Hungarian team deserve credit for an outstanding effort.

PSG seemed to be taking complete control of the game after a troublesome start, when they went from 7:7 to 11:7. But their four-goal lead was nearly erased by half time.

Szeged keeper, Marin Sego, won’t have fond memories of the first 10 minutes of play, as he was the recipient of two head shots, first by Nedim Remili, then by Mikkel Hansen. In both cases accidentally, of course, but that did not make it hurt any less.

Still, Sego stayed in goal and did rather well, especially in opening phase, which was dominated by Szeged.

PSG had obvious trouble with Szeged’s defense, which sometimes adjusted to a 4-2 formation.

Sander Sagosen´s skill and will power kept PSG in striking distance (3:3), but it took him and his teammates until the 17th minute to get their first lead, when Uwe Gensheimer made it 7:6.

Thereafter, the hosts increased their advantage via 11:7, 12:8 and 13:9, but Szeged fought back and by the time the two teams changed sides, coach Pastor’s squad was only trailing by one goal.

Just as the first 30 minutes, the second half would turn into a tight affair.

A tactically well-organized team from Szeged took the lead once again (20:19), before PSG reclaimed the initiative.

One Croatian keeper replaced the other one in Szegeds goal, when Mirko Alilovic took to the pitch, but the move did not change the dynamic of the game.

PSG maintained the upper hand, yet it was not enough to establish a decisive lead.

By the time, Mikkel Hansen made it 32:27 with less than five minutes on the game clock, it looked like “game over”, but Szeged came back one more time, reducing the deficit to just one goal. For a moment it appeared that the Hungarians could tie the game but when Remili scored (33:31) the matter was decided.

Judging by what we saw in Paris on Sunday, there should be no doubt that these two teams will continue to dominate Group B. PSG was expected to be on top, but Pick Szeged has been a pleasant surprise.

Next, PSG will enjoy another home game, this time against the German champions from Flensburg.

Szeged, on the other hand, will make a trip to Denmark, facing Skjern.