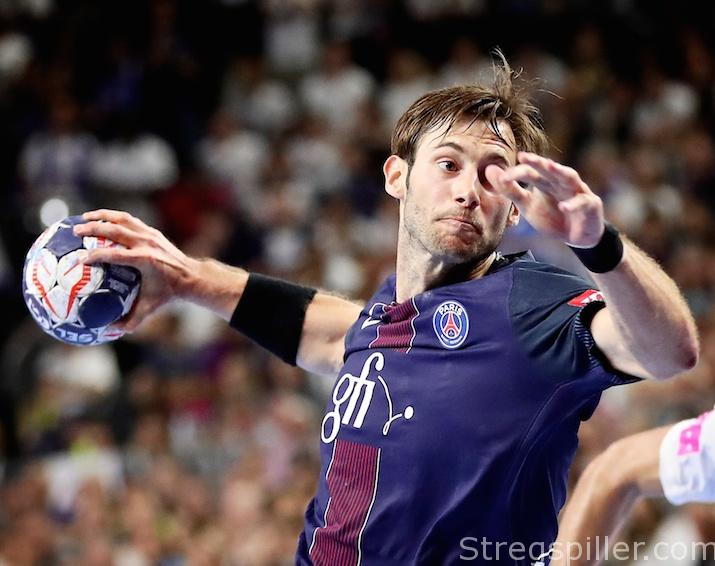 MATCH REVIEW – Paris Saint-Germain were in charge at Sparkassen Arena, winning the first big match in Group B of the 2017/18 Champions League season, against THW Kiel.

PSG were in control all the way, in a match that was dominated by two outstanding goalkeepers and a spectacular Sander Sagosen.

Champions League Group B – Match of the Week

Both teams wanted victory, as the competition for the top spot in Group B will be hard fought.

Furthermore, Kiel was looking to revenge last season’s humiliating 24:42 defeat in Paris – while PSG, on their side, wanted to avenge the narrow 28:27 loss at Sparkassen Arena a year ago.

PSG were in full control of the affair from the start and throughout the entire 60 minutes, leading all the way.

Kiel enjoyed some success when playing seven-against-six in the second half, but never were they able to shake the stars in the French team.  They remained calm and cool whenever Kiel launched some successful attacks.

In the end, it was a pure demonstration of power of the French club.

Actually, PSG were controlling the first half more clearly than the result indicated.  As a matter of fact, it was surprising to see that coach Gislason waited until the 36th minute before calling timeout.

But when he did, it helped.  Kiel scored the last three goals before the break, changing a hopeless situation to a result the club from the north of Germany could build on.

For the most part, Kiel had to thank Niklas Landin for keeping his team alive.  The Danish international was brilliant in goal and contributed strongly while keeping the home team in the game.

PSG coach, Zvonimir Serdarusic, on the other side, began with two of his newcomers – successfully.

Goalkeeper Rodrigo Corrales performed quite a number of miracle saves, adding to Kiel´s misery when in attack while Sander Sagosen did extremely well as playmaker.  Nikola Karabatic spent most of his time in the first half playing defense.

Both teams had a slow start to the game and struggled to get on the scoreboard, Kiel more so then Paris, as it took 10 minutes, before Marko Vujin scored the first German goal at 1:2.

Together with Landin, Vujin was the man on the offensive end who kept Kiel’s hopes alive.  Five goals from the Serbian left-handed sharp shooter accounted for half of Kiel’s score in the first 30 minutes.

PSG continued to be in charge, and so did the two goalkeepers.  Corrales and PSG had more success, not the least because Kiel’s number of technical mistakes increased rapidly.

It enabled PSG to score a series of easy, fast break goals with Uwe Gensheimer taking most of the credit.

The visitors went up by six goals (18:12) less than eight minutes into the second half while Kiel´s offensive runs were lacking much needed care.

Playing seven-against-six, brought Kiel a bit closer again, but they never caught up more than being three goals down.  On the other side, Sagosen kept paying Serdarusic back for his confidence in the young Norwegian.

Landin showed a fine performance, but his efforts were not enough on this day.  When Sagosen made it 24:18 with a bit more than six minutes left on the game clock, the game was over.

Corrales´ efforts in goal were simply excellent and made the job of his teammates a whole lot easier.

Duel of the Match – Landin vs. Corrales

To a large extent the match was dominated by the goalkeepers – Niklas Landin (Kiel) and Rodrigo Corrales (PSG).

But it would not be fair to say that one did better than the other.

Corrales´ s team ultimately succeeded, and of course, you could say that he won the goalkeeper duel, but he also had a somewhat better defense in front of him.

Therefore, I’d call it a draw.

On Sunday morning, there were still a thousand unsold tickets available for the match, but Kiel must have sold them all – as usual, the support for the home team was impressive.

However, just as Landin´s efforts in goal, it was not enough.

PSG appear to be even stronger than last season.

The arrival of Sagosen and Corrales and their impact on the team can’t be over emphasized.

PSG confirmed what they are on paper – the top favorite to win the Champions League in 2018.  But then again – they have looked that way before.

In Kiel, Alfred Gislason continues to have a big and tough job ahead of him.  Of course, THW will proceed from the group phase, but with regards to reaching the FINAL4 at Lanxess Arena – traveling to the moon looks like a more realistic objective for the German record champion, right now.