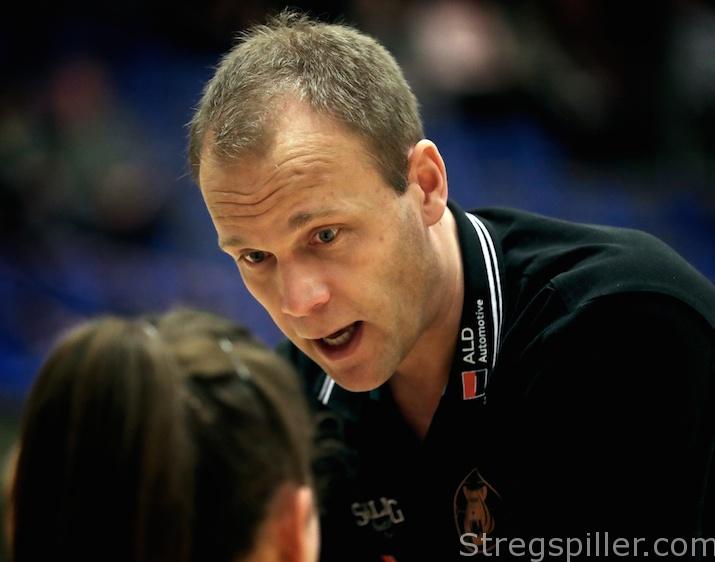 stregspiller.com MATCH OF THE WEEK – In a match that resembled more of a fight than a good game of handball, punishing Kobenhavn´s mistakes was enough for Rostov-Don to end the Danish champions winning streak, and climb on top of Group B.

*While missing wingers Line Bjørnsen and Maria Wall as well as playmaker Mia Rej to injury, Kobenhavn had Dutch left back Kelly Dulfer back on their team sheet after a shoulder injury she sustained against Sävehof a week earlier.

The team with the least mistakes won this match – still, an understatement considering the many turnovers and technical errors on both sides.

The game in Brøndby’s Trefor Arena, early Saturday afternoon, did not look like the top affair it was supposed to be. When all was said and done, Rostov-Don had out-smarted and out-scored the Danish Champions League debutants.

Kobenhavn did manage to overcome an early five-goal deficit, but the team could not withstand the pressure during the last fifteen minutes of the game.

The good news was that Kelly Dulfer reported fit to play, as she was on the court from the start for Kobenhavn.

However, in the opening minutes she as well as her teammates appeared to have too much respect for Mayssa Pessoa in Rostov’s goal and obvious problems dealing with the Russian’s 5:1 defense formation.

Numerous fine saves of the Brazilian star keeper (40% saves) in addition to an alarming amount of turnovers allowed Rostov-Don to grab a 7:2 lead, before a timeout from Kobenhavn’s coach, Claus Mogensen, effectively cut the rhythm of the Russian champion, bringing his team back into the game.

And by minute 22, Linn Blohm had scored the equalizer (9:9) with a well place shot from the line.

First, the move paid some dividends, allowing Martín´s team to reclaim a two-goal lead, but a hard-fighting Kopenhagen squad came back, and drew even when Maria Lykkegaard scored at the halftime buzzer.

Two minutes into the second half, right wing, Debbie Bont handed Kobenhavn their first advantage, when the Dutch international made it 14:13. As it turned out, it would be the home team´s only lead in the entire match.

What followed were three Russian goals and from 16:14 onwards, Rostov-Don never looked back.

Kobenhavn cut the result to one goal several times, but in the end, technical mistakes and turn overs piled up, and even though Johanna Bundsen did a brilliant job in goal (32% saves), the Danish champions were literally run over in the final minutes of the game.

Claus Mogensen tried to play seven-against-six during the last seven minutes or so, but his team couldn’t capitalize on it and conceded a few goals into an empty net.

Following the win in Copenhagen, Rostov-Don is expected to win Group B.

Games at home against Kobenhavn and Brest as well as one on the road against Sävehof should result in three wins for Ambros Martín´s crew. If all goes according to plan, Rostov will take seven points to the main round.

The fight for second place will turn into a battle between Brest and Kobenhavn with Brest assuming the role of favorite, simply because the French will enjoy home court advantage when the two teams meet again on November 10.

Once again, Anna Vyakhireva was on fire. This time, the Russian right back scored nine goals on 12 attempts.