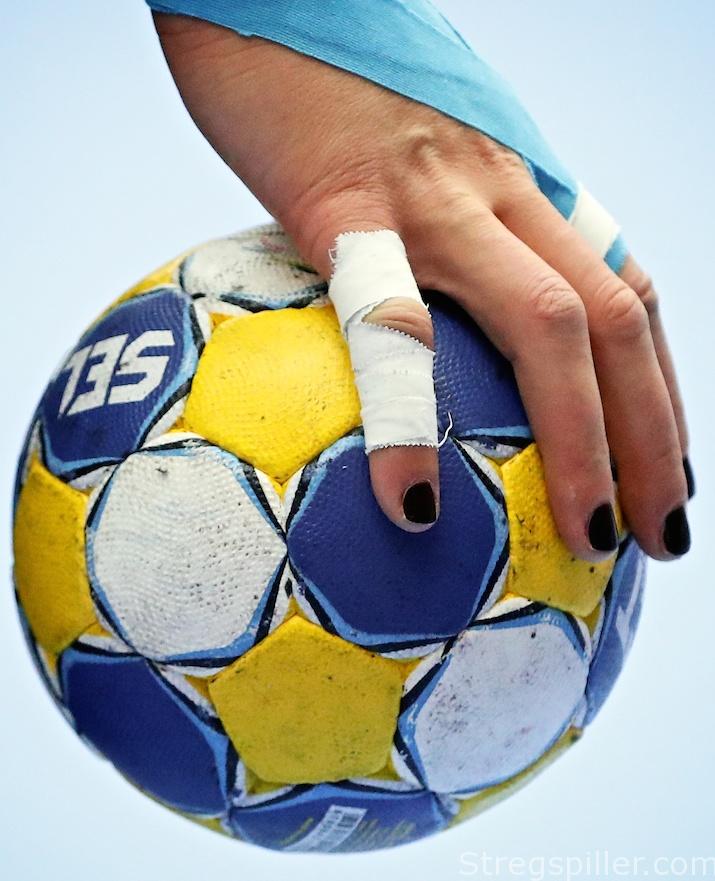 The official slogan of EURO 2016 is all about “passion and skills” and the last one of the preliminary matches, in Group A, between the Swedish host and the surprise team from Serbia, certainly lived up to it.

Following Sweden’s unexpected loss against Slovenia, and Serbia’s equally astonishing win over Spain, two days earlier, the game’s status was elevated to a “mini-final” for the group win.

Earlier in the day, Spain had recorded their first victory in the tournament, making sure of main round participation albeit the crew of coach Duena’s will travel to Gothenburg’s Scandinavium arena empty handed.

After Spain’s win against Slovenia in the earlier game of the day, it was clear that a victory would allow both squads to make the trip to Gothenburg with a maximum of four points.  With this in mind Serbia took the lead early on, surrendering it only on a few occasions.  Sweden’s left wing, Loui Sand, kept the host nation in the match, leading to a thrilling finale, where Kristina Liszevic score the equalizer, seconds before the buzzer sounded.  30:30 – a result that both teams can live with but it means so much more for the underdog from the Balkan.

As in the encounter against Spain, Serbia had an impressive start to the match.  Even an ankle injury of right-back, Jelena Lavko, in the opening minutes did nothing to derail the game plan of Liscevic & Co.  To the contrary – the crew of coach Duric continued to push ahead, leading the affair for most of the first half.  Two missed 7-meter penalties (Gullden / Fernis), cost Sweden dearly. Serbia went on a 6:0 run and it was up to Jamina Roberts, who cut the deficit to three before heading to the locker room.

A rocket start of Sweden’s Loui Sand in the second half – scoring four consecutive goals – brought Hovet arena to its feet and by minute 41, Nathalie Hagman had evened the score at 22:22 once again.  Marja Colic who had replaced Jovana Risovic in goal when returning to the pitch, surrendered her position to Risovic again, paying immediate dividends. S erbia quickly assumed a two-goal lead.  But from minute 45 onward, both teams began trading goals, heading to a spectacular showdown in front of 5,200 frenetic spectators.  In the dying moments of the game, Serbia’s outstanding playmaker – Kristina Liszevic who had saved her best for last – scored from 9-meters with 3 seconds left on the clock, leaving no time for Sweden to mount another meaningful attack.

Loui Sand!  Not only did she lead all scorers (8); she single handedly kept Sweden in the game, early in the second half, when Serbia was threatening to blow the match wide open.  And who knows if the host would have recovered, given the team’s ongoing struggles in the backcourt.

Once again, the squad of Dragica Duric came well prepared and full of confidence, withstanding the pressure of a noisy home crowd as well as the importance of the game.
Henrik Signell, in contrast, left a tentative impression, as he did in the match against Slovenia.  He went through his bench until he found Jamina Roberts, who – next to “Bella” Gullden” – saved the day.

Three missed penalties by Gullden, Fernis and Hagman could have the delivered the “W” that the host was hoping for.  It did not and so the missed shots from close range became all part of Jovana Risovics very solid 33% savings rate.

While Gullden’s brilliant mastermind was conducting Sweden’s offense throughout the game – often in spectacular fashion – Kristina Liscevic saved her personal highlight until the very end, when she scored the equalizer with only seconds to go.

There were a few and most were provided courtesy of Sweden’s playmaker extraordinaire – “Bella” Gullden.  Such as her several “no-look” passes to pivots, Linn Blohm and Anna Lagerquist, even when under pressure because of passive play.

Team Serbia is one of the two positive surprises – Germany being the other – at EURO 2016, so far.  Many were forecasting a dark future after the retirement – reasons aside – of stars such as Andrea Lekic, Dragan Cvijic or Sanja Damnjanovic.  Now, the opposite is true.  Kristina Liscevic (playmaker) and Sanja Radosavljevic (left-wing) are only two examples of the most exciting players to watch in the competition.  The squad’s mental resilience and speed of attack are some of other reasons that make the Balkan crew a rather formidable opponent.

Head coach Dragica Duric has done a superb job of transforming a mediocre handball team into a well-rehearsed assembly of players that will stand in the way of France, The Netherlands and Germany en route to the final round in Gothenburg.  And who knows when Serbia’s journey will end?

Sweden and Serbia will head to Gothenburg with three points in tow for the main round.  At the Scandinavium they will be challenged by Germany, The Netherlands and France – all arriving with two points.  Spain will enter the main round with nothing to show for.

The prospects of the “Dark Horse” of the competition did not become any brighter after the loss against the host and the subsequent defeat against Serbia.  If the victory over Slovenia was a turning point remains to be seen.  For now, the “Guerreras” have to prepare for  one game at the time – the often used phrase has never been more relevant.