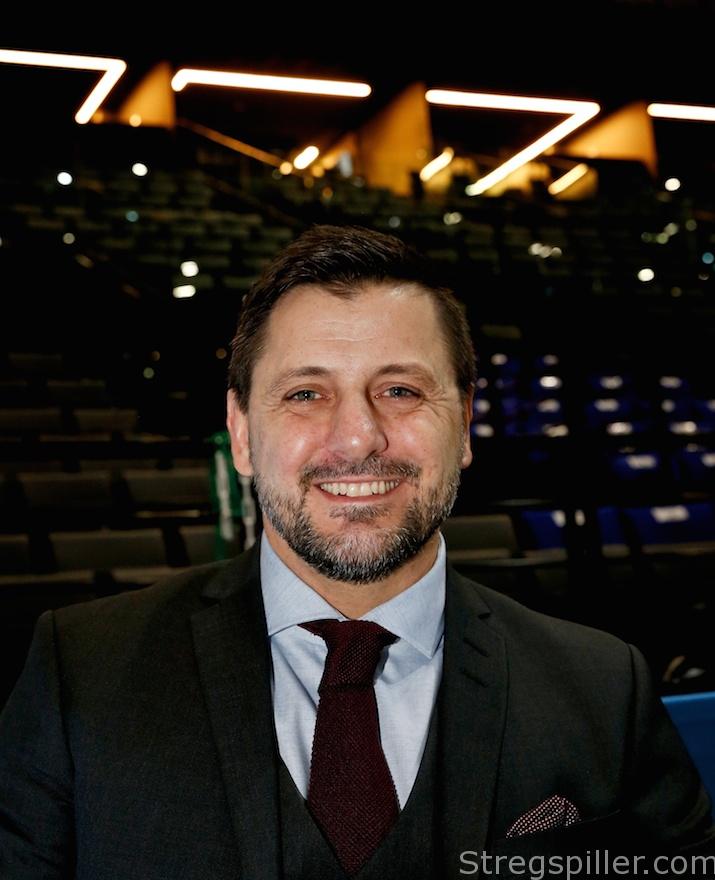 Put to the test

COLUMN – By signing on as coach for Veszprém as well as the Hungarian national team, Ljubomir Vranjes will encounter some very different challenges, compared to what he has been used to during his many years in Flensburg.

“I have a contract until 2020, so right now, that is how long I see myself here.

“I do not think any further than that point at the moment, and who knows – if I lose a number of matches in a row, I may be coach considerably shorter than until 2020!”

This is what Ljubomir Vranjes told me in an interview with him just before the start of the current Bundesliga season, in Flensburg.

As we know now, he won´t be staying with the German top club until 2020. He will be leaving after this season, but not because he has lot a number of matches in a row.  It is because of an offer, neither he nor the club could resist.

“Ljubo” is taking over the job as head coach at Telekom Veszprém and become national coach of Hungary.  He will succeed Xavier Zabate (Spain) who is currently holding both positions.

Reportedly, SG Flensburg-Handewitt will receive in excess of EURO one million for letting Vranjes go three years prior to the expiration date of his contract, and there is no doubt that the 43-year-old Swede with Serbian roots will be well paid as well to make the change.

But will or can Vranjes be a success in Hungary?  Let’s look at Veszprém first.

After 11 years in Flensburg – first as a player, then as a coach – there is no doubt that ambitious Veszprém will be a new and different experience for him.

First of all, he will be dealing with a squad which is considerably larger than he is used to, and the corresponding rivalry among the players.  It will be virtually impossible for any coach to satisfy every demand of so many highly skilled players.

Another new challenge will be the requirements from management, sponsor and fans.

The ambitions of Veszprém are high, and they have not been met for a long time. The defeat to Kielce in last season´s Champions League final, after leading by nine goals in the second half, was particularly painful.

Patience with coaches, who do not perform from day one, is running short these days.

Carlos Ortega came to realize it, as the legendary Spaniard was sacked after the first Champions League match last season. A 27:27 draw against Wisla Plock was unacceptable to Veszprém’s management following a series of other incidents.

Ortega´s former assistant and successor, Sabate, has also been teetering on the brink of getting dismissed, in a season that has not been living up to the expectations of the flagship club in Hungarian men´s handball.  At least not yet.

Ljubomir Vranjes is used to rather high demands in Flensburg, and there is no doubt that he is preparing himself for even loftier goals at the club he will be joining in the summer.  Still, he may be in for some kind of culture shock.

For one, he will meet an extremely different mentality from what he is used to.

Due to the many players from the north of Europe, now as well as in the past, Flensburg is almost more Scandinavian than German – and definitely very different compared to a Hungarian culture and mentality.

As I have mentioned already, Ljubomir Vranjes has Serbian parents, and his heritage may help him to understand and adapt to the Eastern/Central European mentality and way of thinking.   Yet, the question remains if his mindset has not become too Nordic over all these years as a Swedish international as well as player and coach in Flensburg.

“You have one point of view until you adapt another!”

Such words were said by Danish Social Democrat Prime Minister, Jens Otto Krag, back in the 60ties.

The same statement seems to apply to Ljubomir Vranjes.

This is what he told me in that interview before the season, when he turned down the offer to become national coach in Sweden:

“I simply saw the strain as being too big. If I was going to be Swedish national coach, I would have to be away at least 55 days a year with the national team on top of my job here in Flensburg. That would have been simply too much for me and for my family.”

Now, he has accepted coaching the Hungarian national team alongside his duties at a European top club.

Of course, both jobs are in the same country, but it is hard to see that the strain will be any less, compared to coaching Sweden while leading Flensburg.

Another important question that needs to be asked is how Vranjes´ s style of coaching will fit in at Veszprém and the Hungarian national team?

Neither Veszprém nor Hungary play the way they do in Flensburg.

The Hungarian way of playing handball is generally more individual compared to the Scandinavian style Vranjes has been practicing in Flensburg.

The Hungarian way of playing ball is more “Spanish”, maybe inspired by the many Spanish coaches in the country?  It’s based a lot on creating opportunities one-against-one or two-again-two rather than running fast-breaks or orchestrating a fast paced offense.  It will be interesting to see if Vranjes can adapt to this philosophy – not to speak of changing it.

Considering all it is understandable that Ljubomir Vranjes has accepted this offer, even though it means tending to two jobs.

Apart from the professional attraction, there is a “family dimension” in his decision. His parents live in Serbia, not far from his future work place. In fact, he stated that this is one of the most important reasons for his decision.

“My parents have grown old and I want to live close to them in the future,” he said. That’s easy to understand.

Without any reservation, Ljubomir Vranjes is a fantastic coach – possibly one of the best in the world.

However, there is no doubt, that he will be facing his biggest professional and personal challenge in his career, when he takes over Veszprém and Hungary.