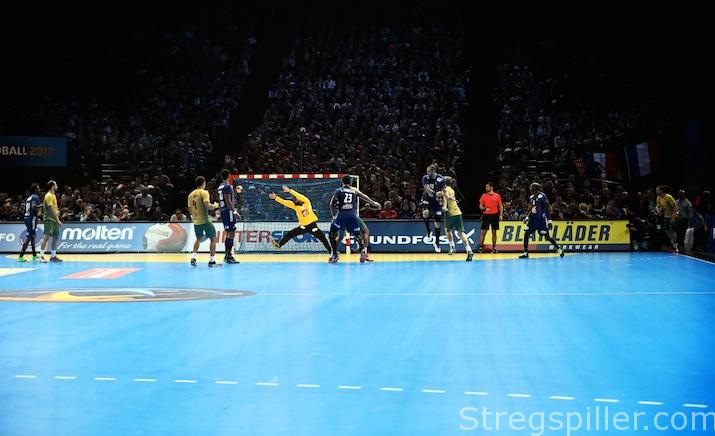 It wasn’t the first World championship I attended, but the first one I covered as a journalist.  The tournament in Qatar was played just two years ago, but suddenly it seems that a lot more time has passed.  Still, 24 months is nothing, it shouldn’t make that big of a difference anyway.  But for Qatar it really does.  Good news first though, the tandem of Danijel Saric and Goran Stojanovic, b(r)ought over from Europe to guarantee success on home soil, are still part of the roster.

Stojanovic, though, didn’t play in a recent friendly against Poland and was replaced by Yousuf Ai-Abdulla. Yousuf – who?  Although the keeper is a little heavy-weighted, let’s say about 20 kilo, he seems to be a decent back-up, as he was named man of the match in a 26-25 (15-11) test against Poland, last week.  However, he’s not anywhere close to the quality of Stojanovic and must be considered a real downgrade between the goalposts.

Officials’ hope that Stojanovic is fit enough to back up Saric when needed, as Saric closing in on 40 years.  Qatar relied on a very physical style of playing in 2015, with line-player Borja Vidal – he was not good enough to make the Spanish team – but sufficient for Valero Rivera’s tactics.  He serves as a perfect example of how players can excel in the right system while putting all their energy into one single goal.  The team finished second, probably as high as reasonably possible.

Qatar also made the finals thanks to the shooting skills of Rafael Capote and Zarko Markovic.  And Qatar’s offense will need to rely on them once again, because Vidal didn’t make the trip to France.  Capote and Markovic are very good players, but no “difference makers” as they have nobody around them who offers international quality.  They need a playmaker and pivot that will create space for them.

Does the current team of Qatar offer any good players besides the two back-court stars and the goalkeepers?  Absolutely not.  But being able to practice together for long periods of time makes sure that players know all the moves of each other.  Everything will work automatically.  All kind of set plays will be embedded into the players’ brains.  But the potential success of the desert state depends on their opponents as well.  How will the plans of mastermind Rivera work out this time?  His “magic” already showed some flaws in Rio during the Olympic games.

Today Qatar, still the reigning vice-champion of the world, will open their quest to establish the nation in the Top 6 of handball, against Egypt.  Egypt – no match for Rivera and his players, right?  Well, in Brazil last August, Qatar had major problems with a very similar team, Tunisia, in a 25-25 draw.  Rafael Capote scored twelve goals, just enough to secure one vital point en route to the quarterfinals.  As you can see, two years can make a real difference.

Opponents have lost respect, it seems.  Qatar has to prove that winning is possible even playing away from home.  Group D might be the weakest group of the four when it comes to quality at the top, but except for Denmark, I see the remaining five teams quite close to each other.  Maybe Sweden is above Qatar, Egypt and Argentina, while Bahrain is below them, but the difference is not that big.

My guess is that Qatar will be the biggest disappointment of the competition, maybe along with Iceland, although the guys from the Atlantic island know they won’t go far.  The sheiks have different expectations.  But I can imagine losses against Egypt, Denmark and Sweden.  Argentina shouldn’t be underestimated as well.  Right now, I would put my money on a fourth-place finish in the group and a loss to the winner of Group C.  Nothing the bosses will like, but then again, two years in sports is an eternity.