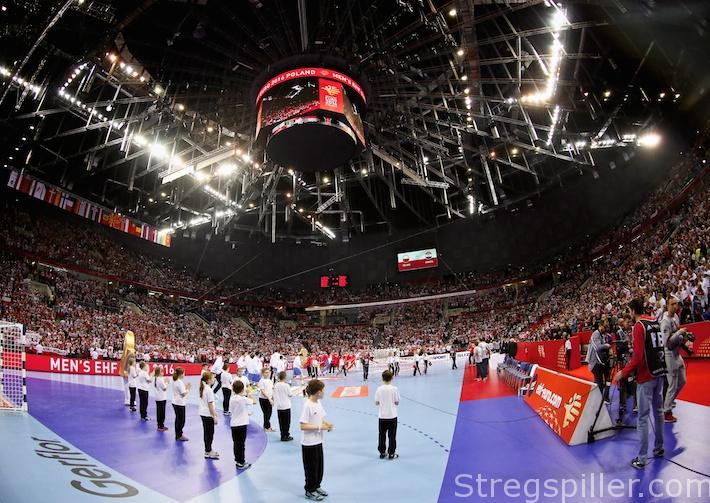 What are Qatar’s mercenaries really made of?

COLUMN – In Rio, far away from their comfort zone, Qatar’s handball mercenaries will have to prove, that the World Championship silver medal at home in 2015 was no coincidence.  They will not succeed!

You see that sentence in capital letters on walls, fences and buildings all over Doha.  Certainly, another phrase would be more appropriate: ” Qatar can afford the best!”  Provided that the oil price does not drop much further.

One of the things, the small but rich country on the banks of the Persian Gulf has managed to buy is a handball team, that was strong enough to win the silver medal at the 2015 World Championship on home ground, 19 months ago.

In the meantime, Qatar has bought ever more players in hope for more success at the Rio Olympics.

“Purchasing” is exactly the right word in this connection.  The IHF´s hopeless nationalization rules make it possible for countries with the necessary financial resources to cause foreign players giving up – not only on their own national teams – but even their nationality for big money in the Arabian dessert state.

They are not even the first

Yet, Qatar is not even the first country to take advantage of such regulation.  Many of us still remember Gunnar Prokop´s “stunning” ability to cause foreign female players becoming Austrians within no time, back in the 90ties.

A running joke in those years was: “How long does it take a foreigner to become an Austrian citizen?”  “One week at the most, if you are a woman and play handball!”

Nothing has changed sine then.  The need to adjust nationalization rules still has not managed to penetrate through the walls of Doctor Hassan Moustafa´s ivory tower.  Now, it’s Qatar that is using the existing regulations to their own advantage.  Such rules allow playing for a different nation, if the athlete has not played any international games for his previous country for the past three years and is a citizen of his new host country.

“I do not wish Qatar any good”, read a column headline of Dan Phillipsen, editor at the Danish TV station TV2, ahead of the 2015 World Championship.

I don´t subscribe to this point of view.  You might even argue that the better Qatar does, the better chances there are to get nationalization rules reformed.

However, their success on home ground has not led to any changes, yet.  Still, I have no reason to wish anything bad for the Qatari team, in particular and I have nothing against their Spanish coach Valero Rivera either.

As everyone knows, being a professional handball player is no life-long career and as a pro-athlete you only have so many years to squeeze as much money from your talent as possible, while any serious injury may cut your career short any day.

Therefore, it is hard – and for me impossible – to blame an adventurous player taking his chance to make some serious money during the final stage of his career.

By the way, I could hardly hold any contempt against those players for selling themselves this way.  I was “bought” as well.

In 2015, the local organizers in Qatar hired me, and a lot of other journalists to run the media part of the World Championship.  So who am I to judge anyone?

Seriously, I cannot even object to the policies of Qatar’s Handball Association or the Emirate of Qatar, the two institutions that “buy” these players from all parts of the world.

They just make use of existing regulation.  Rules that need to be changed for obvious reasons.  If sovereign countries can go on “buying” players for national teams like it’s been done on the club level, it undermines the whole idea of genuine national team handball.

However, as long as the IHF and its autocratic leadership do not acknowledge the problem and do something about it, it’s difficult to blame those who exploit the rules to the full extend.

No help this time

What bothered me more than Qatar´s team of mercenaries at the 2015 World Championship was the “help” they received along the way.  Of course, a home team will always have an edge in a major tournament, but in Lusail Multipurpose Hall, north of Doha, referees stretched the rules beyond the limit.

Qatar’s preliminary group, including France, Croatia, Denmark, Argentina and Tunisia as their opponents, they are still likely to qualify for the quarter-finals.

In Rio, I do not see Qatar finishing any better than fourth position in their group.  Most likely it will translate into a quarter-final match against a team like Poland or ruling European champion, Germany.  In either case, Qatar will meet an squad that will be eager to revenge a questionable defeat in January of last year.

This is the moment, when we will see what the mercenaries of Qatar are really made of, and my prediction is that they will not move beyond the quarter-final stage at the 2016 Olympic games.

Those who do not wish Qatar any good, will have a better feeling this time around.  The next question is what will happen to this Qatari team after Rio?

This particular team was b(r)ought together to succeed at the World Championship on home soil and the Rio Olympics.

Will the world of handball witness the swan song of the mercenaries?  We may finish it here with another quote from rock history: “The answer, my friend, is blowin’ in the wind” – Bob Dylan.