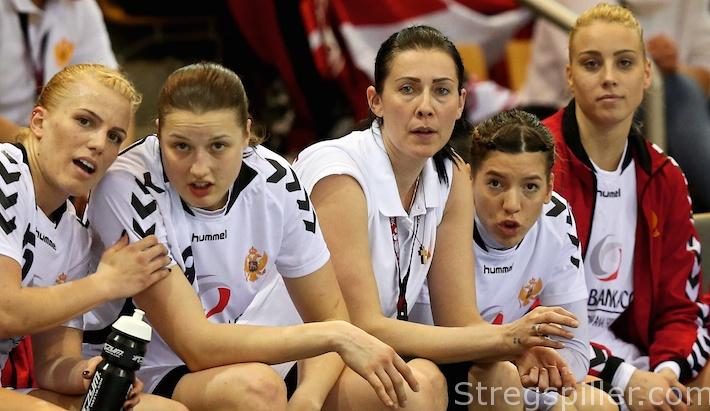 COLUMN – The good news: Bojana Popovic, the Balkan queen of handball returns. The bad news: Doping shows its filthy face. The two topics dominate the headlines ahead of the Olympic handball tournament that Norway is going to win once again!

The Balkan queen of handball is back.  Four years after ending her career with Olympic silver in London, Bojana Popovic is back in active duty for Montenegro.

This was one of the two major news items ahead of the women´s handball tournament at the Rio Olympics.  The other news was considerably more negative and dealt with the Russian doping scandal, which threatened to ban Russia´s women´s team, blocking Trefilov´s girls from playing in Rio.

There is no connection between Popovic’s return and Russian doping, of course.  Bojana Popovic was just unfortunate enough to share the headlines with Vladimir Putin´s state sponsored drug program.

Let’s dwell a bit on the doping scandal first, as sad as the subject matter is.  Was it shocking to realize that doping is apparently also taking place in handball?

To me, it was – to a certain degree – as it probably was to many others.  We kind of assumed that doping was more or less confined to the kind of sports, that rely on raw power as their main asset – like cycling, weight lifting and athletics – didn´t we?

But handball?  What does a handball player gain from doping him or herself?

Of course, you can increase your physical strength and your endurance that way, but you certainly do not become any better at reading the game, making more accurate passes or shots by taking illegal drugs.  Still, we have to realize, that doping has hit our beloved sport as well.

Having said that, we cannot accuse any of the players on Russia´s women´s team of actually having taken illicit medication.  There is no proof of that and there never will.

The drug tests, demanded by the IHF testing the Russian players, before allowing the team to take part in the Olympics were only of symbolic significance.  The results will all be negative.

No Russian player will show signs of being drugged so close to the Olympic tournament, and therefore, all speculation of Russia being banned from the Olympic handball competition has been silenced.  All handball players in Rio will be clean, but handball has lost its innocence.

The queen can rule, but she cannot win

And now on to something more positive: the comeback of Bojana Popovic.

Of course, it is not exactly positive, that an injury is the primary reason for her comeback to Montenegro’s national team, but considering what she has given to the world of handball before, it is impossible to not look forward to her return to the court.

It has been four years since the elegant, yet powerful backcourt player ended her fantastic career.  She did so with Montenegro´s greatest triumph to date – winning the Olympic silver medal in London.

It was a bit ironic that Montenegro´s next competitive challenge turned out even better – winning the European championship in Serbia the same year, without Bojana Popovic.

Now, she is back, however, and ready to take back the throne as queen of handball.

She made her comeback in a test tournament in Eindhoven, Netherlands a couple of weeks ago. And even though timing and coordination with her teammates – several are new compared to the 2012 squad – still appeared to be a bit rusty, we certainly saw some vintage Bojana Popovic.

She proved that she still is a lethal force to any opposing defense, when she rolls up her sleeves and enters the pitch.  Once her teammates get fully acquainted with her moves, she will become a tremendous asset to the team – her team.

She may very well lead Montenegro to another Olympic medal – only that the medal will not be a golden one.

The gold medal is spoken for

The most precious metal is already spoken for.  The gold medal will end up in Norway once again.  Of course, Norway´s most recent test results may cause some doubt regarding the Scandinavian’s form curve, ahead of the Olympics.

A huge win against Romania (without Christina Neagu), a defeat against Spain and a draw against France – all on home ground – do not provide conclusive answers at first sight.  But we all know that test matches are one thing and competitive games something entirely different.  There is no question that Norway will be ready when the Olympic tournament gets underway on Saturday.

Of course, it is a disadvantage to the plans of Thorir Hergeirsson, that Linn Jørum Sulland is out with an injury, but considering the depth of the Norwegian squad, this is only a minor handicap.  The good news for Hergeirsson – Larvik’s lineplayer, Marit Malm Frafjord, has reported back to national team duty, and she will certainly be a meaningful reinforcement to an already strong Norwegian defense.

Many candidates for silver and bronze

When it comes to the two remaining positions on the Olympic podium, the competition appears to be wide open, and many teams may allow themselves to dream of a silver or bronze medal – or snap gold, if Norway should stumble unexpectedly.

In Norway´s preliminary group – Group A – Montenegro and Romania appear to be in close contention for earning the number two spot behind the reigning world champion but with the return of Bojana Popovic, Montenegro surely looks like a candidate for the semi-final, at least.

Brazil and Spain will have to fight for the last ticket to the quarter-final, with the Brazilian hosts being the favorite in this duel.

Group B looks much more opaque.

Now that Russia has been allowed to participate in the games, they will undoubtedly be keen to do better than their disappointing fifth place at the 2015 World Championship in Denmark, back in December.  And there is every reason to expect Evgenji Trefilov´s team to improve on that position considerably.

It will be interesting to see, if the Netherlands can repeat their sensational achievement of the 2015 World Championship, when they reached the final.  There performances in their test matches have been quite promising, but team Oranje is up against heavy competition.

Apart from Russia, we have to consider South Korea.

Already at the World Championship, the Koreans were reported to be a pretty scary squad until they showed up – they were not so dangerous after all.

However, we all know that Olympic games are the main objective for Korea, and therefore it will be interesting to see, what they can come up with this time.

If South Korea can live-up to their usual Olympic standard, France and Sweden will be left to fight an equally matched battle for the last quarter-final spot.  And a quarter-final seems to be the best, the two nations may hope for.

In fact, all teams except Angola and Argentina may hope for a medal in Rio, but the challenge of getting past Norway will probably to be too big of a task for all of them.

Bojana Popovic may be back as the Balkan queen of handball, but it’s Norway that occupies the Olympic throne.