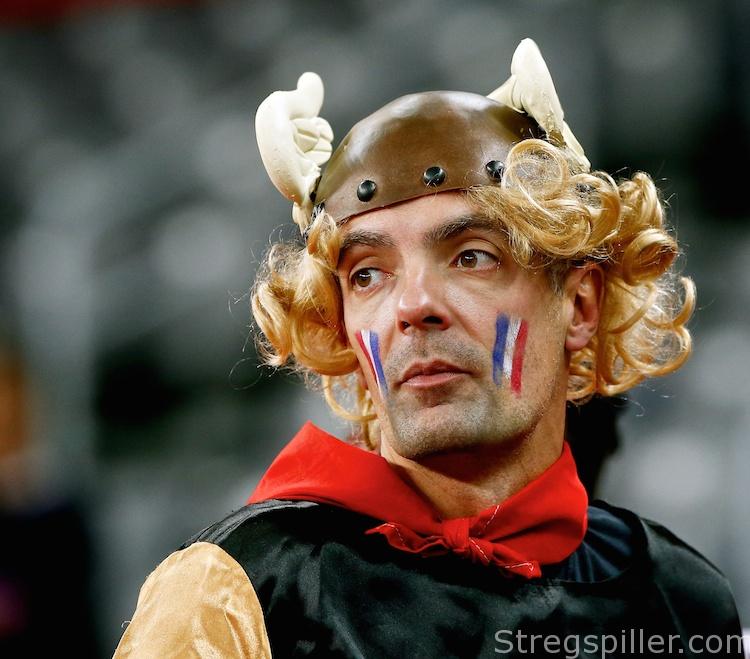 Opening Day at EURO 2018 – France vs Russia – the World champion against the Olympic gold medal winner.  In women’s handball it doesn’t get much better than that.  And it didn’t.  Certainly not for the vast majority of the 5.220 in attendance supporting France at the Palais des Sports Jean Weille, in Nancy, as they witnessed the host losing 26:23.

Head coach Olivier Krumbholz (France) had been looking forward to the home opener against a high caliber opponent such as Russia.  Although, at the tail end of preparation, he did notice that some of his players still had considerable room for improvement.

“In my opinion, six or seven players can still improve, especially in the backcourt.

As it turned out his concerns were not unfounded.

On the other side, coach Trefilov (Russia) did not put all his cards on the table in Russia’s final test against Romania, leaving out four players.

Russia’s Makeeva scored quickly after 34 seconds before Beatrice Edwige converted her chance and tied the score – six minutes later at 1:1!  The opening phase of the match would be indicative of the night ahead for the French host, as they struggled to find their rhythm and maintain momentum throughout the game.

After a sluggish opening, Russia was the team that got a better grip on a game that was dominated by the two goalkeepers – Amandine Leynaud (France) and Anna Sedoykina (Russia) until then.  Midway through the half Anna Sen & Co. were leading by three (6:3 – 15th minute) before France were able to catch up, courtesy of a very impressive performance of Orlane Kanor, who scored four of her six goals in the first half.  Two seconds before the half time buzzer, Siraba Dembele provided the equalizer – a flattering result for “Les Femmes de Defis” considering the entire 30 minutes.

After the break a different French team came out of from the locker room, determined to change the course of the match for good.  Kanor continued where she left off, scoring her fifth and sixth goal and by minute 35 Allison Pineau handed her team a three goal lead.  France appeared to be in control but not for long.  A stubborn Olympic champion refused to roll over and when Daria Samokhina converted her 7-meter penalty (44th minute), Russia had regained the initiative and the lead for good.

The one and only goal of Grace Zaadi (49th minute) brought France back within one, but a five minute dry spell that followed effectively ended any French hopes.

The performances of Daria Dmitrieva and Daria Samokhina were nothing short of outstanding but they were supported by some vital wingers (Managarova and Kuznetsova) and a solid Russian defense effort.  All of it made up for a very quite night of Anna Vyakhireva who shot 0/4!

France has several issues to deal with – some can be solved quickly others not so much if at all. Lacrabere, Zaadi and Nze Minko will have to step up their game, in particular.  This should be possible to achieve between now and Sunday.  But, a line player who can be a threat on the offensive end will be tough to find, in the absence of Laurisa Landre.

Russia fought hard and collected the deserved reward against the French host.

Next up for coach Trefilov’s squad is a match against Per Johansson’s much improved team from Montenegro, on Sunday evening. If the reigning Olympic champion can repeat the success of last night, they will have taken a major step toward the semi-finals in Paris.

Olivier Krumbholz, has his work cut out before – a “must win” game – against Slovenia.  Having Orlane Kanor, who came off the bench, as the single most effective (field) player can hardly be comforting. Many more of the French World champions have to chip in and make their presence felt.

Already, there is no more room for error if France wants to play for medals in two weeks time.  As the head coach mentioned in the interview with stregspiller.com earlier in the week, “the math is pretty simple – if we lose, we’ll have to win five games in a row to make sure that we reach the semi-finals.”

It doesn’t get much simpler than that.