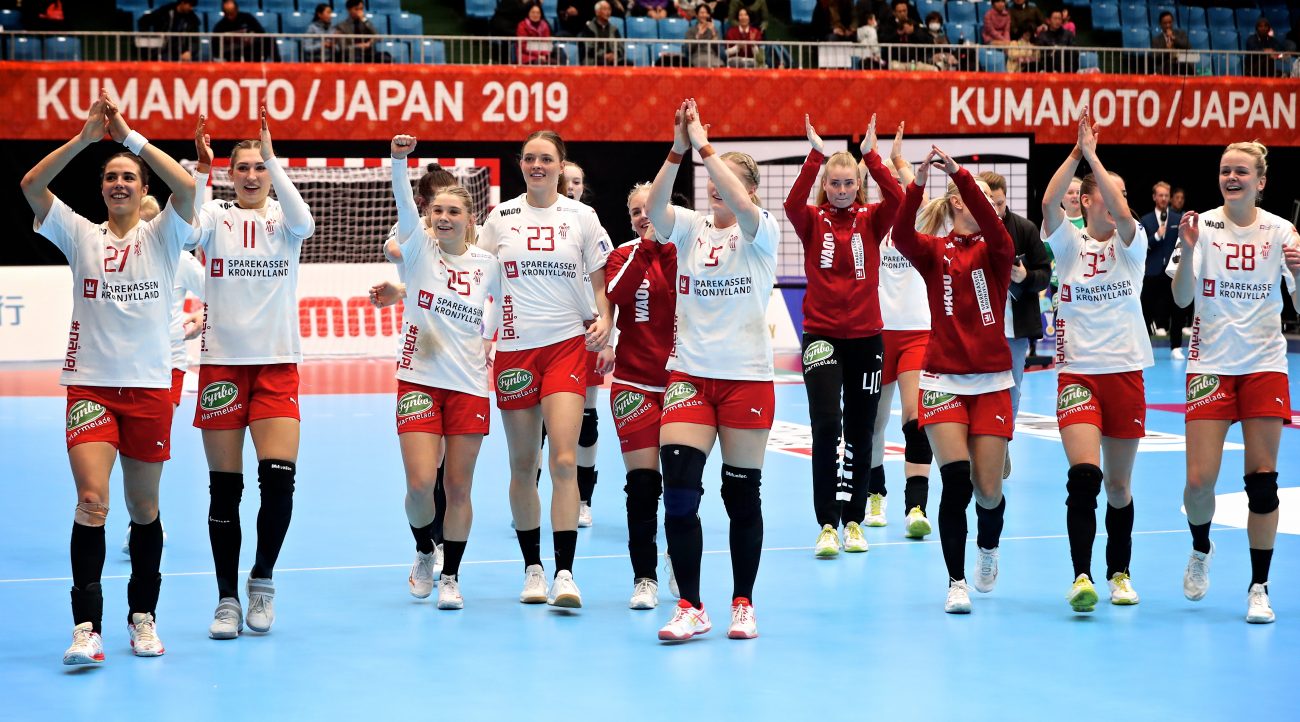 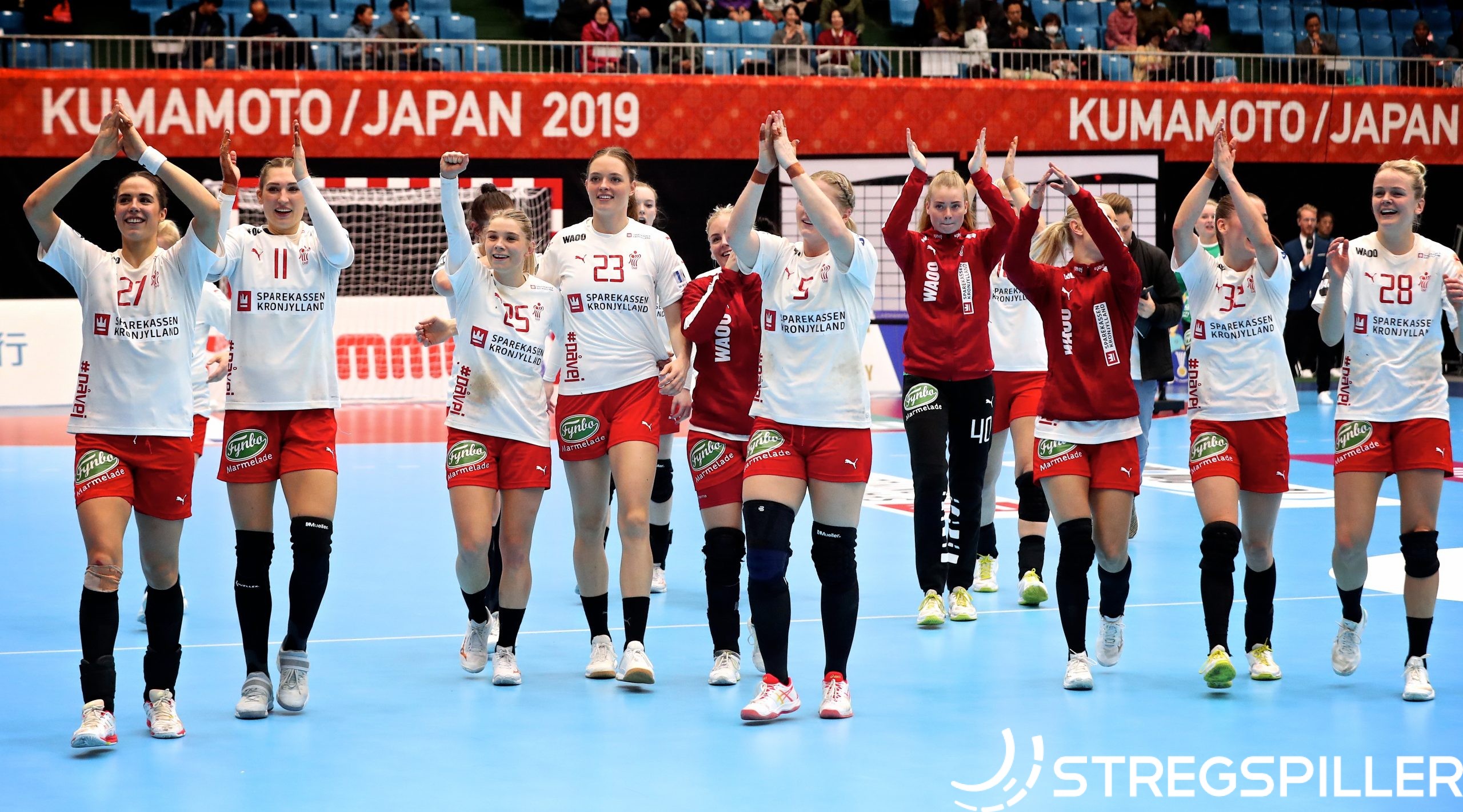 COLUMN – After another disappointing championship, Denmark’s officials will have to ask themselves if their women´s national team really is no better than this, or if something can be done to boost women´s handball at national team level in a country with an impressive tradition in this sport.

Denmark´s women’s national team has a hash-tag named “På vej” – “On the way” when translated literally.

But, which direction is Team Denmark actually heading? The question has become even more relevant after their performance at the 2019 World Championship, in Japan.

Ninth position did not only mark the poorest Danish result in a major tournament in more than a decade, it also meant that Denmark will miss the Olympics for the second time in a row. What makes the situation even worse is the embarrassing fact that the team has been on a constant downhill path in the last three major championships.

What is rotten in Denmark and what can be done about it?

Of course, the Danes did have their moments in Japan.

The wins against France and – in particular – the Netherlands call for respect, but those isolated triumphs did not help Denmark in the big picture and not even an outstanding Sandra Toft in goal could save them from failure.

On the defensive end some of the Danish players pointed out that they were not run over in any of the matches, as they were by Serbia, France and Russia at the European championship in 2018.

This is true, but then again, they did not have what it took in the decisive moments. The Danes were too inconsistent, from match to match and during the games as well. One major problem – the attack.

Too many times players appeared to be insecure and hesitant, resulting in too many poor shots and way too many technical mistakes.

The ill-advised shots can be explained by putting the wrong players in the wrong positions.

Denmark´s main threats from the distance are players like Anne Mette Hansen, Louise Burgaard and Stine Jørgensen, but there were not enough plays designed to bring these players in favorable shooting positions. Instead scoring responsibility ended up with players like Lotte Grigel and Mie Højlund far too often

Grigel managed to score some fine goals after all and Højlund was good in cutting through the opponents´ defense, but overall this was not enough.

The wing- and line players suffered as well from the limitations of Denmarks offense. The line players in particular did not receive many passes.

It sounded shallow, when national team coach, Klavs Bruun Jørgensen, claimed that his team had been the better one after losing by one goal to Germany in the preliminary round.

Considering all the missed opportunities and technical mistakes his players made in that match, it was hard to see what he meant by his statement.

At an earlier point in Klavs Bruun Jørgensen´s reign as national team coach, his players accused him of being too harsh and dictatorial.

Now, he seems to have fallen into the “opposite ditch”, as a Danish saying goes. He has even accepted that his players defy him.

In Denmark´s must-win game against Serbia on the very last day of the main round, Bruun Jørgensen decided on a certain attacking scheme in his last timeout.

However, his squad disagreed and as a result Denmark executed a different play, something the players claimed to be more familiar with.

It failed and as a consequence Denmark missed their chance to score the winning goal, losing their last hope to reach a qualification tournament which could have resulted in a ticket to the Olympics.

Could anyone imagine players resisting the decision of Thorir Hergeirsson, Carlos Viver, Emmanuel Mayonnade or Ambros Martín in a decisive phase of the match? I very much doubt it.

Great players, but no team

There’s plenty of work cut out for the Danish Handball Federation, when it comes to evaluating the women’s national team performance at the World Cup, in Japan.

The DHF are facing two questions: Is Denmark´s women’s national team really no better than what we saw in the first two weeks of December or can solutions be found to improve performance and future results?

When I look at Denmark’s roster in Japan, it is hard to believe that they did not do better than ranking ninth.

Keep in mind – we are talking about players who compete in European top clubs or clubs close to the top on a regular basis. Three of them – Sandra Toft, Louise Burgaard and Anne Mette Hansen – are even key players in their respective teams and play in the Champions League.

Secondly, why can such talented players not form a great team?

Why do they have trouble passing and catching the ball, when they play in the national team but not in their clubs?

Obviously, this draws the attention to the coach.

Could a new coach get better results?

After a failure it’s easy to call for sacking the coach, yet it is difficult to see how Klavs Bruun Jørgensen has moved the Danish national team in a positive direction during the past five years as national coach.

His statement that he would step down right away if Denmark would not reach the main round created unnecessary turmoil in the team.

Before the tournament Jørgensen went to great length telling Denmark’s handball fans that there was every reason to have high expectations in the team this time. Now, a disappointed Denmark is waiting for answers and solutions.

Could another coach do better than Klavs Bruun Jørgensen?

Considering the quality players Jørgensen has at his disposal the answer seems to be a resounding ‘yes’.

Several of the pundits already were questioning his nominations before this World championship, especially the fact that there was only one left-handed backcourt player (Louise Burgaard) on the roster, drew attention. As it turned out, the Danish offense was particularly awkward, when they covered the position with a right-handed player.

Who should be coaching Denmark?

If the DHF decides to part ways with Klavs Bruun Jørgensen as a consequence of the disaster in Japan, the big question will be who can take over?

Let us look at some of the options.

Kim Rasmussen. He made his name known when leading CSM Bucuresti to win the Women´s Champions League in 2016 after rebuilding Poland´s female national team. The somewhat limited success with the Hungarian national team does not speak in his favor and neither does his recent suspension after several controversial remarks right after the World Cup match against Romania – at least not right now.

Helle Thomsen. She had tremendous success with FC Midtjylland as well with the Dutch national team, but she is probably a bit too controversial for the DHF.

Jesper Jensen. His achievements with Team Esbjerg speak for themselves, but he has the players to justify such results. So, maybe he has not really done much more than is expected. But then again, is this not exactly, what Denmark´s national coach should do?

In one year, Denmark will be co-hosting the Women´s European championship. This handball nation cannot afford another failure, so the DHF must decide what direction to take and they need to decide now.