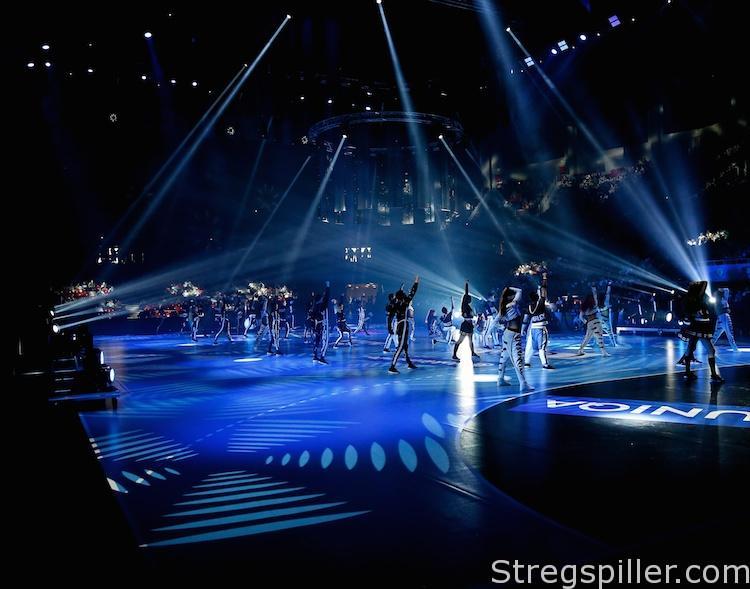 Ready for a remake

SEMI-FINAL REVIEW – The Women´s Champions League final Sunday will be a remake of the one from last year.

Györ and Vardar left no doubt in their respective semifinals versus CSM Bucuresti and Rostov-Don.  The two teams on the losing end performed far below their usual level.

For a second year in a row, Swedish Per Johansson was brought in as temporary coach right before the FINAL4, this time he succeeded Danish Helle Thomsen.

Towards stregspiller.com, he admitted that his team was still suffering from instability, a condition that has been hampering them throughout this season.  Still, many saw CSM as the odds-on favorite to win the FINAL4, mainly because of their deep squad.

“Györ are the home team. Therefore, they are favorites,” as he put it.

For one, there was concern that players had not suffered too much in Budapest’s burning sun on Media Day, while giving autographs to an expecting public, in Heroes Square.

The defending champions were still handicapped, missing Nora Mørk and Zsuzsanna Tomori, but as one of their most experienced players, Eduarda Amorim put it: “We must win with the players we have!”

She also said “We have to stop Neagu!”  A task easier said than done!

In full appreciation of Nora Mørk, Györ had included her on the roster and she was sitting on the bench during the match.

No true handball fan has forgotten the breathtaking Champions League finale between these two teams in 2016, when CSM won 29:26 after two periods of extra time, followed by a penalty shoot-out.  Today,we got nowhere near such drama.

“If you do not play disciplined, you do not win the Champions League,” CSM’s coach, Per Johansson, had preached again and again before this FINAL4.

Ultimately, his players did not take his advice to heart.  Especially in attack, players abandoned the system time after time.  In all fairness, it has to be mentioned, that CSM were up against a very strong and tactically well organized Györ team.

Constantly coach Martín seemed to be (at least) one step ahead of Bucuresti – or maybe his players where simply better listeners.  In the end, Györ were the dominating force and a deserved winner.

The start of the game belonged to Györ, or more precisely, their defense dictated what happened on the court.

CSM simply could not find ways to break down the Hungarian defense, and when “Miss Penalty” – Isabelle Gulldén – missed her shot from the spot, four and a half minutes into the game, things looked gloomy for the Romanians.

Bucuresti had not scored yet, when Gulldén missed the penalty, and it would take them another six minutes to record their first goal in the game. Cristina Neagu – who had already started throwing frustrating gestures – reduced to 3:1.

Per Johansson had to play seven-against-six in order to get his team on the scoreboard.  Although he abandoned this tactical move soon thereafter, Bucuresti were unable to catch up.

On the other side, Györ continued to stay three goals ahead – 4:1, 5:2, 6:3, 7:4 and 8:5 – and although CSM reduced the deficit to one goal a couple of times towards half time, they could not erase the impression that Györ were firm in control.

At that point, CSM enjoyed their strongest phase in the match, catching up at 16:16 with less than twelve minutes into the second half, when Amanda Kurtovic scored the equalizer.

It was the only time the two teams would get that close, soon Györ would take another three-goal lead (19:16) and and the writing was on the wall.

Kari Grimsbø in Györ’s goal stepped up as well, while her partner in crime, Eva Kiss, saved another penalty from Neagu.  At that point there was nothing left that would threaten Györ’s win anymore.

Johansson tried seven-against-six once more but to no avail.  In the last minutes of the game, it even began to smell like humiliation when Györ went up 26:19, before CSM had the last word, scoring the final goal of the match.

Györ look forward to their third Champions League final in a row, a remake of last year’s final, as Vardar will be the opponent once again.

And based on what Amorim & Co. showed the audience on Saturday, the will enter Sunday’s final as favorites.

The team from Russia were the only debutant at this FINAL4, but they also were the most stable team throughout group phase as well as  Champion League main round.

Stability has characterized Rostov’s game in Russia’s domestic league as of late, and it was hard to contradict French coach, Frédéric Bougeant, when he said: “We are in a good state-of-mind.”

The big question in the room was, how players were affected by the club’s decision to dissolve the current team after the 2018 FINAL4.

Would it negatively impact their morale or would it make them even more determined to finally take the trophy back home to Skopje?

Alexandra Lacrabére told stregspiller.com that she has been saddened by Vardar’s demise, while stressing that it had made her even more determined to end it all by winning the Champions League.

Is it really that hard to be debutant in the EHF FINAL4?  It did not look that way two years ago when CSM took the big prize, but it was a different story for Rostov-Don.

What they showed on Saturday evening on the pitch of Papp Laszlo Arena was far below what we have seen from them during the regular season.

Vardar, on the other hand, provided a very clear answer to the question if they would be motivated in their very last FINAL4.

They were – and their job turned out to be much easier than expected.

Surprisingly, the match was lacking intensity and the overall quality was lower as well when compared to the earlier semi-final.

Both teams made too many mistakes and the stars in the early goings of the first half were the two goalkeepers – Mayssa Pessoa (Rostov-Don) and Amandine Leynaud (Vardar).

It must be said as well that Vardar had just a bit more success when in attack.

A very patient play of attack appeared to be the right medicine against an offensive minded Rostov defense.  And with Andrea Lekic providing fine leadership, the Macedonian side soon had the upper hand in a low-scoring opening phase.

Fortunately, Katarina Bulatovic was not suspended after her blue card in the second quarter-final against FTC.  She did play and added a bit of shooting power to Rostov’s attack.

Apparently, she inspired Anna Vyakhireva as well, who picked up her game eventually, scoring on several occasions.  However, neither of the two players were enough to get Rostov back in the game.

The Russian team saw some light at the end of the tunnel, for a brief moment in the middle of the second half, when they reduced the gap from 15:9 to 15:13.

This was as close as they got. Vardar took control once again and did not look back.

Vardar can prepare for a remake of last year´s final against Györ, knowing that they did a good job on Saturday, although against a disappointing opponent.

When comparing the two semi-finals, it is hard to see how Vardar will have much of a chance against Györ, come Sunday evening.  The Macedonian side will have to improve significantly to avenge the defeat in 2017.

Rostov-Don will aim to come in third in their maiden voyage to the EHF FINAL4 – not impossible.