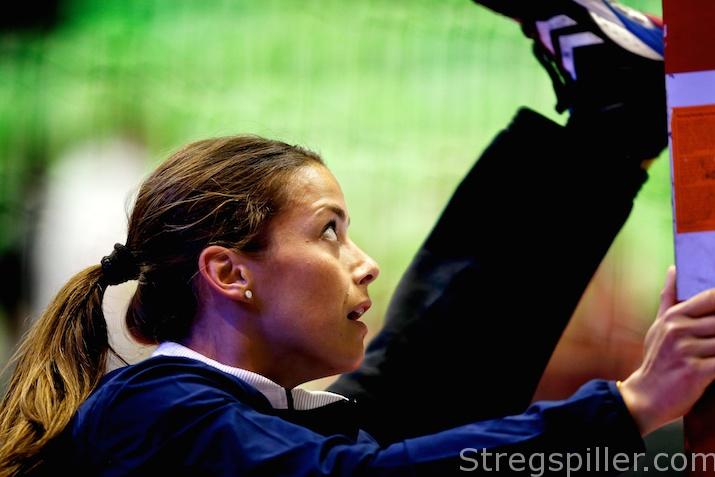 Two to the top favorites in the 2017/18 Women´s Champions League – Gyor and CSM Bucuresti – got off to a convincing start, as the group matches began this weekend.

At the same time, three of the five debutants experienced a more difficult time had while taking steps in the finest of all club tournaments.

On paper, the game looked like one of the more attractive matches in the first round of the 2017/18 Champions League.

Metz always play entertaining handball, and the debutants from Norway bring a breeze of fresh air to the tournament.

However, Kristiansand learnt the hard way that competing in the Champions League is a tough experience. But from the beginning everything looked promising.

The visitors went ahead 2:0 and 4:1, and Metz had huge problems getting the ball past veteran goalkeeper Katrine Lunde who had a fantastic start.

Eventually, Metz got their game going, and after 17 minutes, they had caught up, Manon Houette had scored the equalizer (7:7), converting a penalty.

A good minute later, a brilliant Grace Zaadi provided the host their first lead (8:7), and from that point on, Metz were dominating the affair.

Gradually, the home team increased their lead and by half time the scoreboard read 14:11 courtesy of Milena Rajcic who replaced pregnant French international, Laura Glauser in goal. Behind her, 18-year-old Manuela Dos Reis is the only substitute, right now.

Milena Rajcic certainly lived up to her increased responsibilities – the Montenegrin goalkeeper played a crucial part, when Metz effectively decided the match, early in the second half.

After the break, Vipers scored only one goal during the first 12 plus minutes, as the home team went up by eight (21:13). At this point the match was decided.

For a while, Vipers played seven-against-six in an attempt to turn the table, but without much success, and soon this tactic was abandoned.

Vipers managed to reduce the gap to four goals (22:18), but that was as close as they got, before Metz ran off again.

Metz lost their top scorer Ana Gros in the second half and as of this writing, the nature of her injury remains unknown.

No doubt, Metz will be an exciting team to follow this season, even in the absence of Laura Glauser, whereas, Vipers have to put up a better fight to live up to potential.

Player of Round 1 – Andrea Lekic

Not only did Lekic score seven goals (as many as line player Dragana Cvijic), she was outstanding in guiding Vardar to victory in the opening game of the 2017/18 Champions League season – winning 34:31 at home, against FTC.

The final result is not reflective of the true nature of this match. The half time score (20:11) comes much closer to the truth, and tells the story of Vardar’s superiority – for a great part thanks to Lekic.

The 30-year-old Serbian playmaker did a marvelous job organizing Vardar´s offense, and the home team was at their best with her on court.

Her cooperation with Dragana Cvijic on the line was excellent.

Duel of Round 1 – Cvijic vs Snelder

Despite the surprisingly big difference between Vardar and FTC, the match included an interesting duel between the two line players – Dragana Cvijic (Vardar) and Danick Snelder (FTC).

Both were just as tough and uncompromising in defense as we know them, and both were among their team´s best in the attack as well.

However, just as Vardar won the match, Serbian Cvijic won the line player duel – narrowly – against her Dutch opponent.

Battle of the Benches

To no real surprise, Frederic Bougeant (coach Rostov Don) saw his team defeat the Champions League debutants from Brest Bretagne with his fellow Frenchman Laurent Bezeau on the bench.

However, at 26:24, Rostov´s home-win was much narrower than expected as Brest showed great resistance – Bezeau’s work showed.

Duel of the Debutants

Two of the five Champions League debutants met in a direct encounter in Denmark.

Nykøbing Falster had to move their home games from their usual spot in Nykøbing to Næstved – 60 kilometers to the north.

It did not bother the Danish champions who had a bit of trouble with Vistal Gdynia in the first half, but eventually they got a grip on the game and sent the visitors back to Poland including a clear 27:21 defeat.

Surprise of Round 1 – Buducnost

It might not be that big of a surprise that Buducnost won at home against the Champions League debutants from Bietigheim. After all, Moraca hall is some kind of a fortress.

The way the newly formed Buducnost team humiliated the German champions came unexpected. Milena Raicevic & Co. led by nine early in the second half, closing out the match with an eight-goal margin – 32:24.

Dragan Adzic’s new formation appears to be further ahead in their development, while Bietigheim’s performance was a big disappointment.

Can it be all explained by the absence of pregnant playmaker Maura Visser?

Quote of the Round 1

Vipers coach Kenneth Gabrielsen after the 30:22 loss against Metz:

“I would have liked to see some of our players fight more. We had the potential for a better result!”

Gulldén and Neagu are the perfect handball combo!
Exquisite in-flight goal from @csm_bucharest in their 30:18 #ehfcl win over Krim. pic.twitter.com/HHNb1cuPMI

19 minutes into their home match against Krim Ljubljana, CSM Bucuresti´s Swedish playmaker, Isabelle Gulldén, lopped the ball back to her new teammate, Cristina Neagu, who scored a brilliant in-flight shot.

Other Results of Round 1

In Group A, CSM Bucuresti will not “avoid” their second win in succession when visiting Polish champions Vistal Gdynia.

In the other group match, we will get an indication of which team has the better prospects of reaching the number two spot, when Krim host Danish, Nykøbing Falster, in Ljubljana.

In Group B, the game between Brest Bretagne and Gyor looks exciting, but with Gyor being the favorites, of course.

FC Midtjylland will look to revenge the 11-goal defeat in Gyor when receiving Rostov-Don. Last season the Danes were able to the Russian handball powerhouse.

FTC Budapest will record an easy home win against Larvik, in Group C, while Vardar are the obvious favorite away against Thüringer HC – even though the German club announced the signing of Brazilian international, Patricia Da Silva, as stand-in for injured Anna Hubinger.

In Group D, it will be very interesting to see if Buducnost can repeat their impressive 32:24 victory in their home opener against Bietigheim when they visit Vipers, while Bietigheim will have to step it up significantly if they want to beat Metz.