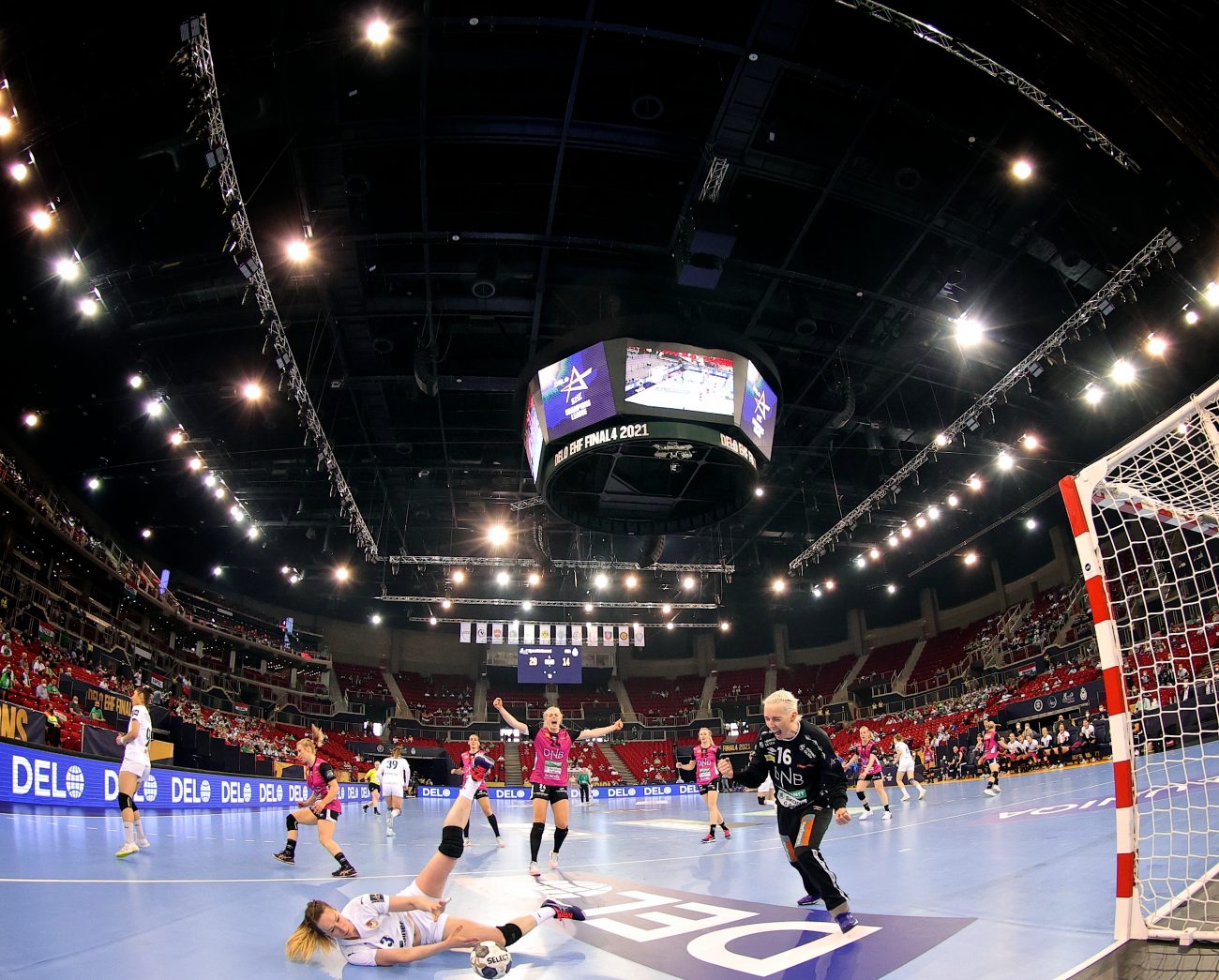 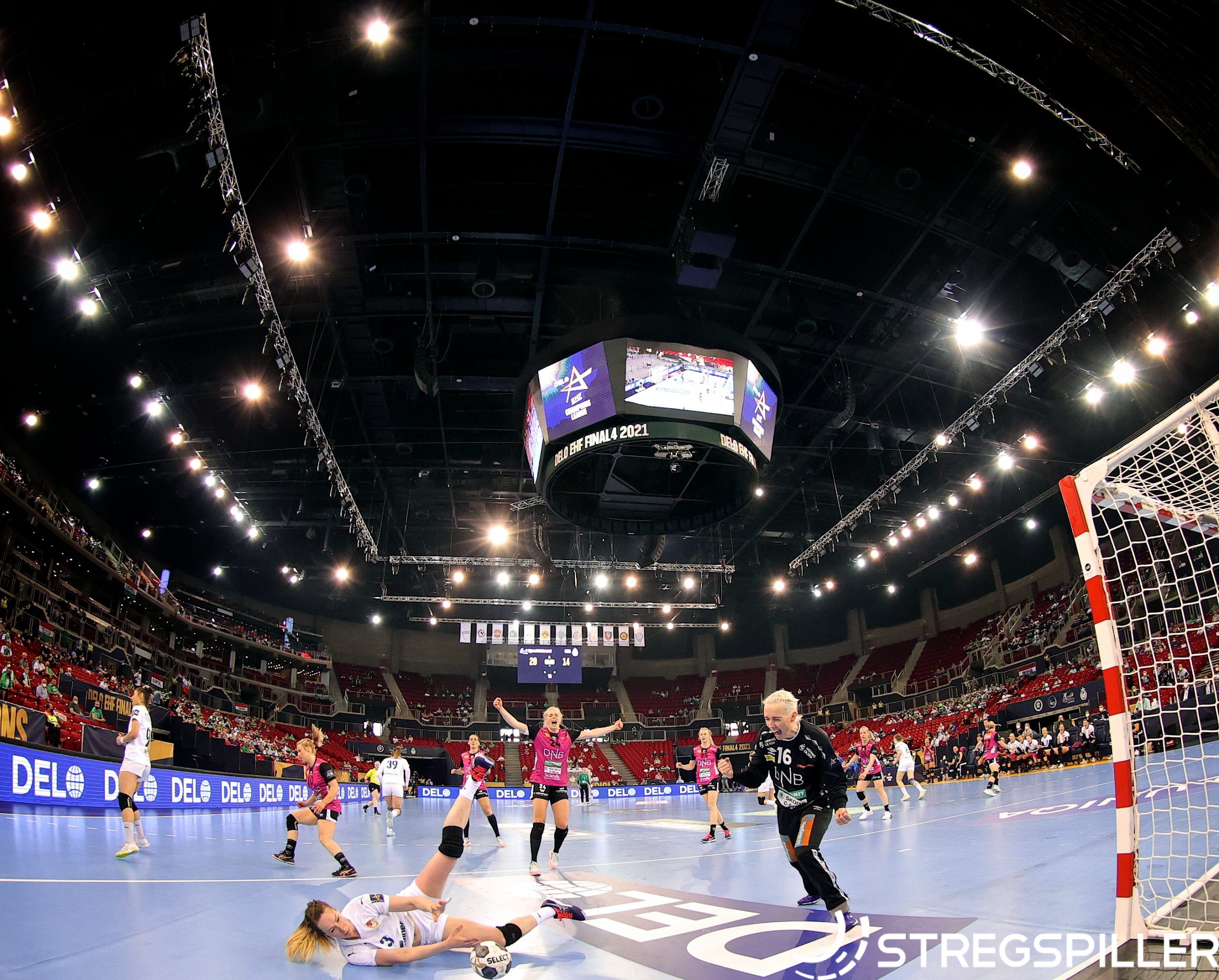 Promises made, promises kept.  Brest continued where they left off a week ago, when they secured their 2020/21 French championship.  It was nothing short of impressive to see the defense artistry of Jaukovic, Pop-Lazic and Foppa, especially in the first half of the match.  When was the last time a team held Gyoer to just 8 (!) goals in a Champions League match?

Gyoer struggled from the get-go and even the support of 2,500 spectators did not produce the desired result.  Every possession turned into a battle and by the time the reigning champions did turn the game around in the second half of regulation time, Brest did not cave in.  To the contrary, the French fought back, led by their best – Ana Gros – who ended the day with nine goals.

Resilience – Brest maintained their composure throughout the match and coach, Laurent Bezeau, deserves much credit for the team he built during his tenure.

On Friday, Bezeau was quoted by saying that “after winning two titles in France we are here with a lot of ambition, this DELO EHF FINAL4 is really the icing on the cake.”  Indeed, Brest had arrived with a purpose and it showed over the course of 70 minutes.

Gyoer tried but it was not enough to push Gros & Co. over the edge – not on this Saturday evening, in Budapest.

It’s tough to single out an individual player in what was an exceptional Brest team effort.  Ana Gros would be the easy choice, “Bella” Gullden’s successful penalty shot would deserve all the praise or the outstanding effort of Cleopatre Darleux in goal.

“I don’t know how to explain what I’m feeling. It was a crazy match. If I have to say the truth we believed in ourselves. We were fighting throughout the game, it wasn’t easy to play in this arena full with fans from Györ. But we believed in the success and that helped us to reach the final.

“We didn’t panic in the second half we kept saying to each other: ‘Come on, girls, we can do this.’  I think that was the key. We stayed focused and we showed we can fight till the end.”

“We don’t have preference, any team could come our way. Our first goal was to win today and reach the final.  All we know there are no easy matches here, so it doesn’t matter which team will be the other finalist, it will be a very hard game for us.  Tomorrow is a new day and we have to fight with new power for our goals.”

“The first match of the finals is always more difficult, we have to adapt to the circumstances. At the beginning our play was very slow, it took time to get into the game and I think the second half was much better for both teams. We didn’t play well today, the game was full of ups and downs, and we straggled a lot in attacks, also missed penalties. We might have been too nervous, Ambros Martín told us at half time to try to enjoy the game itself. But we couldn’t show today what we are able to do.”

“It is amazing! A dream has really come true, I am so proud of my players, and this finish was amazing. After that I am trying to analyse everything.”

“I really do not know, we have another adventure behind us now, it seems like a real Cinderella story. There is a lot of excitement behind us, but we are winners now and we are not afraid of tomorrow.”

In the second match of the day, the Norwegian champions did not encounter any meaningful problems against CSKA Moscow.  Vipers are on the verge of writing handball history following a most disruptive 2020/21 season because of the Covid pandemic.

Is Henny Reistad already on her way to become the MVP of the FINAL4?  If she can repeat her performance on Sunday evening, it will be difficult to bypass her name.  10 goals against the Russian champions were nothing short of amazing.

“We expected a very tough game against CSKA and on the court we felt it more difficult to beat them than it might have seemed from the stands.

“I am very happy we finally managed to get into the final, because due to the health measures in Norway we couldn’t play games in the last month. We tried to practice as much as we could, but it is completely different from playing matches constantly. Last week we had the opportunity to play against a Norwegian team which helped us a lot to get back on track.”

“I am very proud of my team. We did everything to reach the final. We were fighting during the whole game but we had a lot of mistakes and Vipers punished them very fast.

“It is never good to lose especially when you are so close to your goal. We played not as good as Vipers. We canot win the gold medal but we still can win a medal tomorrow and we have to focus on it. For us the bronze medal is like a gold medal.

“It is hard to say anything about match against Györ now. I am very sad and very angry at the same time and I think we can benefit from this tomorrow. I hope we will be able to show who we are. Both teams have great players so I am sure that small details will decide the bronze medal.”