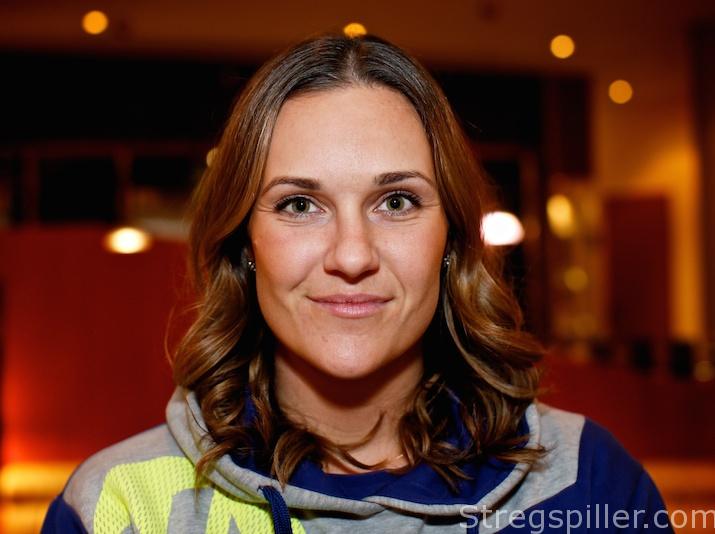 “I realize that I have an important role

INTERVIEW – Sabina Jacobsen is the defense specialist in Sweden’s national handball team, and she is very well aware of her important role, as she reveals in this exclusive interview with stregspiller.com.  She also talks about Sweden´s sensational win against Norway at World Cup 2017 and her sudden club change just before the start of this season.

If Sweden is going to be successful at the World Championship, their traditional 6-0 defense system has to perform well, and Sabina Jacobsen is the crucial figure to make it all happen.

“I am aware that my role is to direct our the defense, and it is important that I do my job well.

“Of course, I focus a lot on my duties and on the simple fact that I have to work hard in order to make the defense formation work well,” says the 28-year-old player of CSM Bucuresti.

On Friday night, she solved her task extremely well, as did the rest of the Swedish team, when they defeated the Norwegian top favorite 31:28, in the deciding match for first place in Group B in Bietigheim.

“Actually, it really is a good question, what worked so well in that match?

“I do think we showed a very good performance, and we stuck to what we agreed on before the match, and we followed our tactical scheme very well,” explains Sabina Jacobsen who was not as happy less than a week earlier, when her team opened the World Championship campaign with a surprising defeat against Poland. Since that match, it has been four straight wins for the Swedes.

“Of course, we were all disappointed after the loss in the first match.

“However, we have been working hard ever since.

“There have been many hours in the hall and many hours of tactical sessions, and it has been a process of convincing each other that we can trust each other, and that everyone does her job well.

“I think we have improved a lot in all aspects, and Friday night we hit a high note.

“On such a day you can defeat Norway, but we also realize that the game is behind us, and now we are going to meet Slovenia, where we will have to show the same attitude and the same fighting spirit.

“The match against Slovenia can be really tough.

“We met them during the European championship on home ground, a year ago, and on that occasion we lost.  So, we know all about the quality of the players they have – once again, we will have to be at our peak,” she predicts.

Playing with a broken nose

For long stretches of the season, she played with a broken nose. One might ask, how on earth did she dare doing that, especially as she takes many hits when playing defense.

“I really do not see it as a problem.

“Boxers break their noses often and sometimes several times during their career. To them it’s no big deal, so why should it be for me?

“As long as I play handball, I know that this is a risk that comes along with the territory,” she says with a smile.

A chance I wanted to take

At club level, Sabina Jacobsen´s career took a sudden and surprising change, shortly before the start of this season.

She received an offer from CSM Bucuresti, and although she had another two years left on her contract with FC Midtjylland, she managed to join the ambitious Romanians free of any transfer fees.

“I got a chance to play in one of Europe´s absolute top clubs. That was an opportunity I wanted to take, and I am glad I did.

“I am 28 years old now, and I probably play in one of the best teams in Europe.

“I have the chance to play the FINAL4 again, so I am really happy that I got this offer,” explains Sabina Jakobsen who also admits that playing under coach Helle Thomsen once again was yet another important aspect of her decision to join Bucuresti.

Players at Midtjylland were distraught when suddenly Thomsen was let go, shortly before the start of the 2016/17 season.

“We were very sad about it, as it happened very fast.

“The fact that Helle also worked at CSM only contributed to my decision to consider CSM.  Of course, having several Scandinavian players on the team has also meant a lot.

“It is always important that there are some people you know when you transition to a different culture.

“It makes a lot of things easier, on as well as off court – I feel really well in Bucharest, now,” says the experienced defender who is well aware of the demands and huge expectations at her new club.

“It is a big difference from what I am used to.  There is a lot of pressure, as you cannot afford to lose a match – it is all about winning.  Of course, this has been a change, but I find it cool as well – I am OK with it.

“Our team is so strong that such high expectations are justified. We also expect much from ourselves, as we have stars occupying all positions,” says Sabina Jacobsen.