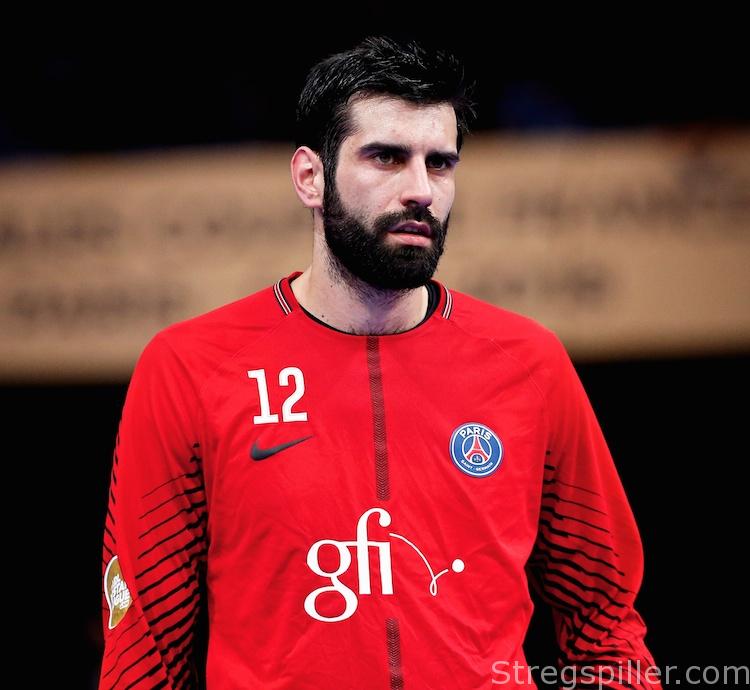 “Records are great but we have to look ahead”

INTERVIEW – Is Paris Saint-Germain the best team ever competing in the Champions League?

If you look at some of the stats there’s hardly any doubt. The club from theFrench capital just beat two records that speak volumes about the team’s potential, even though no title has been won, yet.  Of the fourteen games in the Group Phase of the VELUX EHF Champions League, Paris succeeded thirteen times, while collecting twenty-six points along the way, making it the best total point gain ever.

And if this isn’t enough, they also added game number 36 to their winning streak at home. Barcelona, Kiel, Zagreb, Ciudad Real – not one of the clubs can point to a similar record.

“But we don’t live with it – writing history and achieving all these records with the team is great, but at the end of the day, what we want is to win trophies. We have to look ahead.”

Still, when he looks back at the Group Phase, he feels some pride, of course. Thirteen wins and a direct qualification to the quarter-finals for a second year in a row are major steps towards the Champions League Final4.

“But you don’t win the Champions League in September or in February, you do so in June. Before that you’ll set some small objectives, like finishing first or losing as few games as possible. And that’s what we did. That’s very positive because it built our confidence,” says Corrales.

Paris were looking as magnificent as ever, judging by the game they played at home against Zaporozhye, last weekend. Almost all signals lit green. They were able to play without Uwe Gensheimer,  Mikkel Hansen just spent ten minutes on the court – and yet PSG comfortably won the clash against one of Europe’s grittiest teams, this season.

Critics are quick to point that Kim Ekdahl du Rietz, the Swedish left-back, is still struggling to find his rhythm. And, let’s be honest, he still is. Nikola Karabatic, on the other hand, seems to be in much better shape, when compared to the world championship a month ago.  Although, he’s playing a lot less than he did last season, his role as an impact player suits him perfectly well.

Two free weekends in March and some well deserved rest are the icing on the cake.

“It’s very important for us to get a break – mentally and physically. The Champions League is such a tough competition and if you can skip two games and qualify directly for the quarter-finals, it’s a real advantage,” confirms Corrales, before summing up his team’s road in the competition, so far.

“We’ve been very serious throughout the Group Phase. We are where we wanted to be. In some games we didn’t play well, in others we suffered a lot but all in all, we are happy we made it. Now, we’ll have time to focus on the quarter-finals and on the domestic competition.”

If he had to choose between Motor Zaporozhye and Kielce – the two potential opponents in the quarter-finals – which team would the Spanish goalkeeper prefer?

“We have some positive memories, when we played against Kielce last season, but you can’t rely on the past. Either way, we’ll have to fight very hard because we’ll be one step away from Cologne and everybody wants to be there,” he says, before suggesting an idea that will assure Paris of finally winning the Champions League: “Let’s play the Final4 in Paris – why not? After all, we never lose here!”