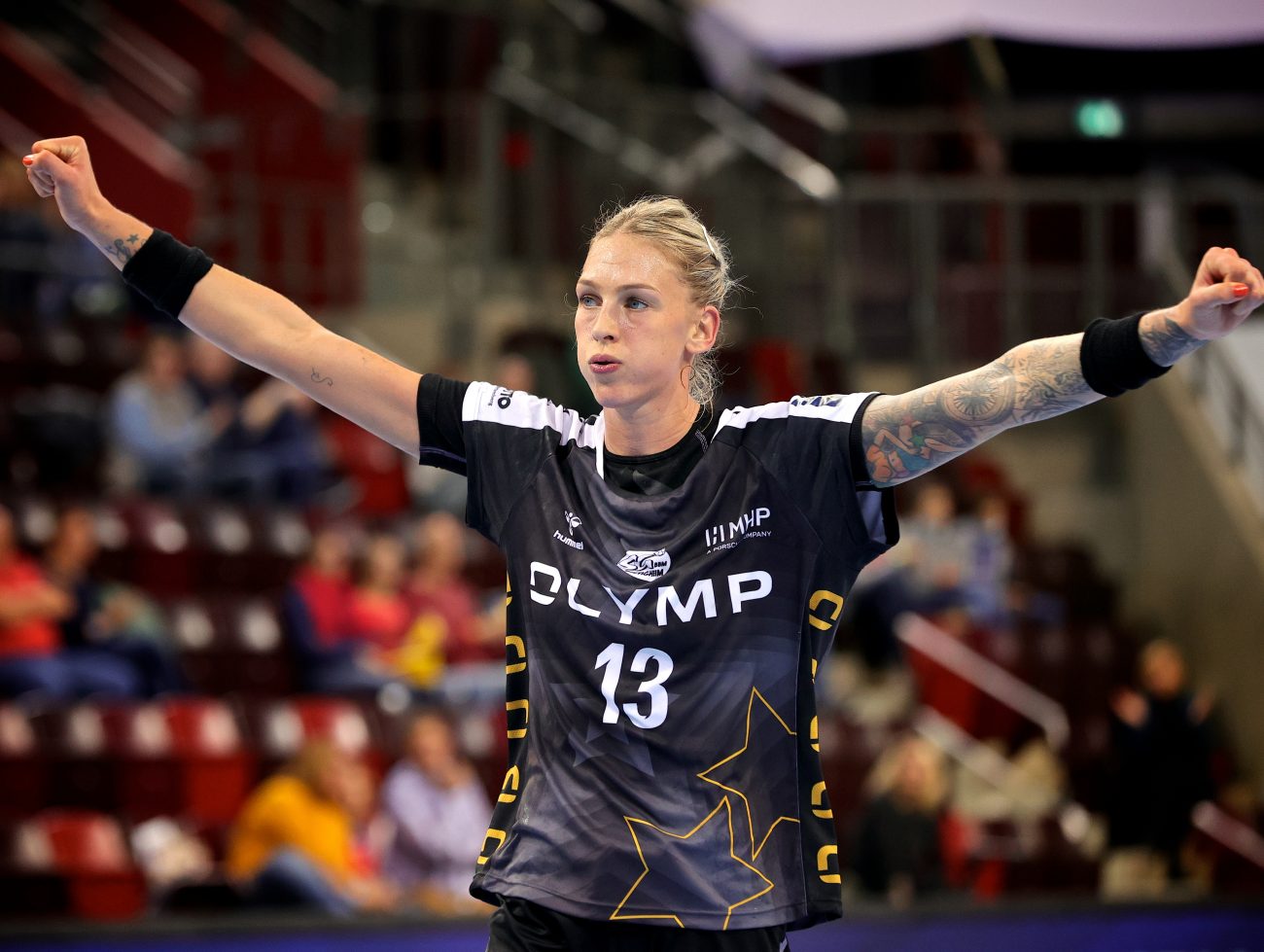 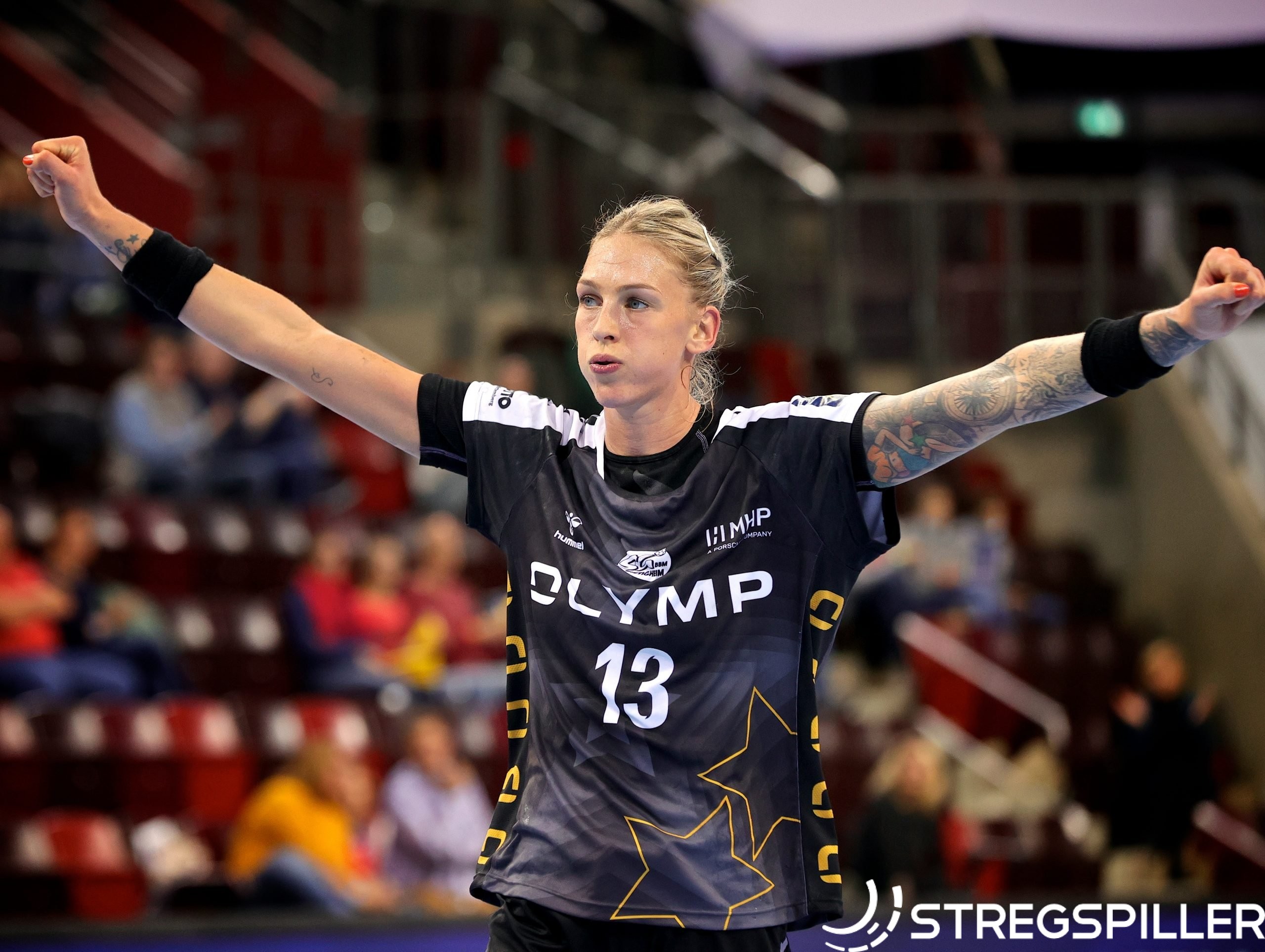 For Angela Malestein (now FTC) and Danick Snelder (now Bietigheim) is was a reunion with their former teammates.

This aside Bietigheim had arrived in the Hungarian capital without injured Karolina Kudlacz-Gloc, whereas FTC’s headcoach, Gabor Elek, had his entire squad at his disposal after several setbacks caused by Covid-19.

In the end, Bietigheim beat FTC by 11 goals – an unexpected score considering the presentation of Naidzinavicius & Co. in the 2020/21 DELO Champions League season, thus far.  An aggressive effort on the defensive end, outstanding performances of Emilie Sando, Julia Maidhof, Trine Oesteraard and Antje Lauenroth sealed the deal for the 2018/19 German champion, on Saturday afternoon.

After a nervous beginning of both teams, Bietigheim regained their footing first and by minute 10, coach Gaugisch’s squad had created a two-goal advantage (5:3) before FTC clawed themselves back into the game , courtesy of right-back Katrin Klujber and playmaker Aniko Kovacsics.

But, instead of caving in, the 700 spectators in Erd Arena witnessed a different Bietigheim team.  The German squad stayed focused and the presence of Dutch World champion, Danick Snelder, could be felt on both ends of the court.  A well-placed timeout (18th minute) interrupted the rhythm of FTC and from then on Bietigheim would not look back.

In the remaining minutes, FTC was outscored 6:3 and by halftime Bietigheim was leading 14:11.

Only five minutes into the second half, coach Elek was forced to call for timeout and minutes later he had to do it again.  Bietigheim was on an 8:3 run but Gabor’s actions would not change the direction of the match.

This time Bietigheim would not come apart in the second half of a Champions League game. FTC – with the exception of the omnipresent Aniko Kovacsics – were unable to find an answer to the strong showing of their opponent.  Today, Naidzinavicius & Co. made sure that they would leave Erd Arena as winners and stayed in firm control.

FTC never found a recipe against the excellent team effort of Bietigheim. To reduce the first win in the 2020/21 DELO Champions League season to Bietigheim’s new addition, Danick Snelder, would be too simplistic.

Emilie Sando in goal (41% saves), flawless scoring by Julia Maidhof (7/7) and Trine Ostergaard (6/6), another outstanding performance of Antje Lauenroth on left wing and the contributions of Anna Loerper in the backcourt are just a few of the many reasons why Bietigheim deserved to leave the pitch as winners.

On the other side, Kovacsics and Klujber showed off their individual skills (both scoring 7 goals each), but all in all it was not enough to protect home court.

Both teams will meet again next Sunday, this time in Bietigheim.  Can FTC pay back?  Maybe if wing- and line players will be more involved in the game.