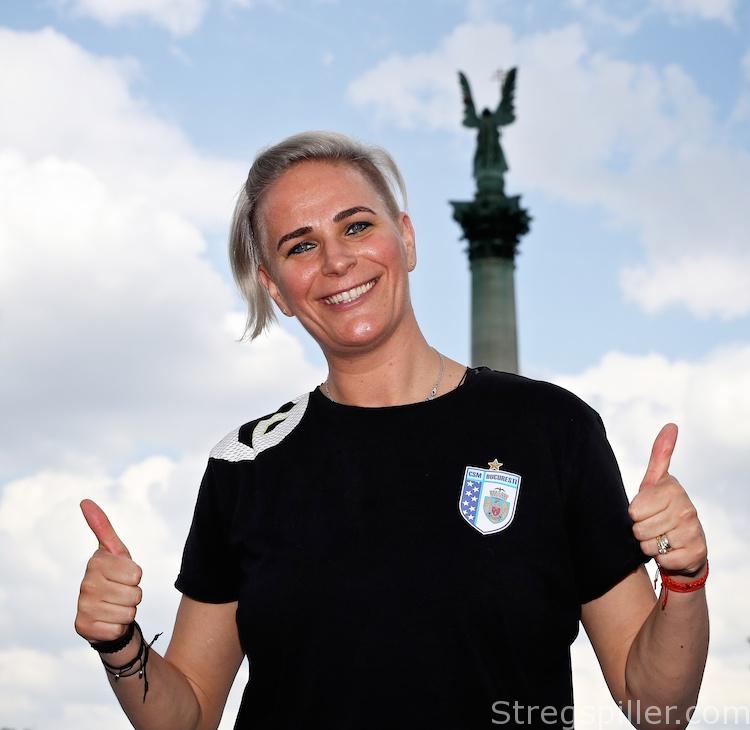 INTERVIEW – At the age of 38, Paula Ungureanu is only in for her second FINAL4. After finishing third with CSM Bucuresti last year, she is keen on taking it a few steps further and her experience will be useful, she expects.

Paula Ungureanu has experienced a lot in her handball life.

No surprise, when considering that she has been listed among the top goalkeepers in the world for nearly 20 years.  Still, the 2018 FINAL4 will only be the second one in her long career.

She missed the triumph with CSM Bucuresti, when the Romanian club won the Champions League in their European maiden season, back in 2016.  She joined the Romanian champion from Baia Mare right thereafter.

And she certainly does not hide her joy that she is getting another chance to win the FINAL4. The turmoil of yet another change of head coach shortly before the FINAL4 will not affect her – she just won’t allow it to happen.

“I am just so much looking forward to playing these matches,” she tells stregspiller.com.

Like so many others, she sees the FINAL4 candidates as very close competitors this time around.

“I am sure that the form on game day will decide which teams will succeed and which do not.

“The team that has the best form over the course of two days will win it all. It’s as simple as that,” she finds.

She does not mind that many people consider her own team to be the odds-on favorite to win the 2018 FINAL4.

“It just makes me happy.

“Of course, we want to win, but first of all, I hope we’ll succeed in the semi-final against Györ tomorrow,” she says with a smile.

“Others have deep squads as well”

The main reason why pundits and fans see CSM as favorite is their deep squad.

Kim Rasmussen, who was head coach of CSM when they won the Champions League in 2016, now Hungary’s national coach, has emphasized this fact as well. Yet, Paula Ungureanu does not agree.

“No – I think that Györ, for instance, the team we’ll meet tomorrow, have just as many great players to choose from as we have.

“Furthermore, Györ have a lot of experience, when it comes to their individual players as well as when looking at the team, in general.

“Therefore, I expect a very tough match against them on Saturday,” she says.

“However, I also want to simply enjoy the moment and be happy to play another big game.

“Apart from that, I want to do all I can to help my team win,” says Ungureanu who does not see it as an extraordinary disadvantage that CSM’s semi-final opponent will be missing Nora Mørk and Zsuzsanna Tomori due to injury.

“They still have a very strong team even without the two.

“I am sure they will find solutions to fill the gaps.

“They are used to missing players during this season, especially and they always manage to come up with solutions, because they have so many good players.”

Today, Paula Ungureanu – she quit the Romanian national team last year – is one of the most experienced goalkeepers in women´s top handball.

And she expects that experience will matter a great deal against the possibly strongest opponent this weekend.

“I think, it will be a psychological advantage – I am well aware that when I play at my best level, I can more or less win entire matches for my team,” she says.