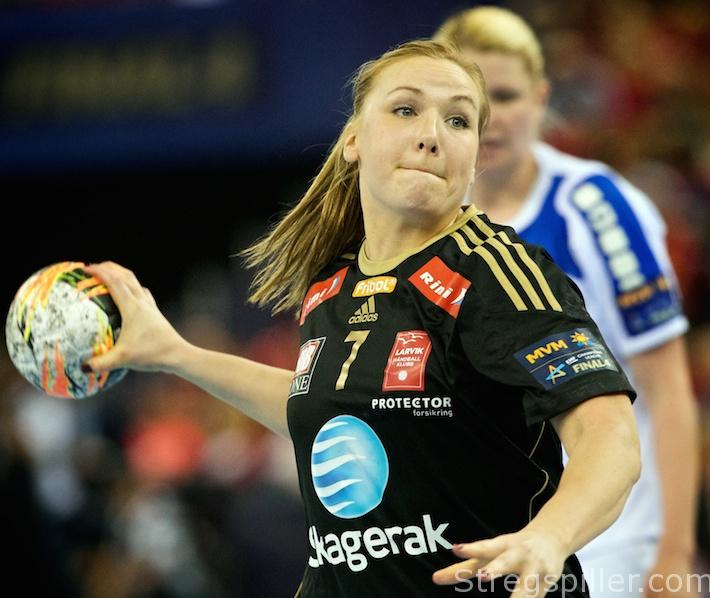 When looking ahead at the two Women´s Champions League quarter-final games CSM Bucuresti vs Rostov-Don and HC Vardar vs Larvik, I inevitably get to think of the Irving Shaw novel “Rich Man, Poor Man” from 1971, and the TV series which was built on it, with Peter Strauss and Nick Nolte starring as the two brothers Rudy and Tom Jordache, whose destinies turned out so differently.

Turbulence and financial troubles have characterized CSM and Larvik up until the quarter-finals, while money or lack thereof does not seem to be an issue in neither Rostov nor Vardar.  But will financial fortune be the deciding factor in those two quarter-final meetings?  In one of the two match-ups, it is likely to be the case, in the other one maybe not.

The clash of the Danish coaches

An interesting dimension in the tie between CSM Bucuresti and Rostov-Don – the two clubs play their first leg on Thursday already – is the fact that both teams are being coached, by Danes.
However, the working conditions for Kim Rasmussen at CSM and Jan Leslie in Rostov are not exactly comparable. Rasmussen, who took over from Mette Klit after the season had started, joined an organization with ongoing uncertainty about the future and with players who had not been paid and who did not know when they would get paid.  Injured key players such as Linnea Torstensson, Maria Fisker and Line Jørgensen only added to his worries, operating with an already narrow squad.  Still, Rasmussen and his women made it to the quarter-finals, but only from fourth position in their main group – a circumstance that usually makes any team the “underdog”, and this is the case here as well.

Things are so much different for Kim Rasmussen´s fellow countryman Jan Leslie.
Leslie did get the team and working conditions he desired before the season and it seems he still gets the players he points his finger at.  When he wanted “club-less” Danish international, Lotte Grigel, who he coached as a youngster in Esbjerg, he convinced her to sign a contract at Rostov.  The fact that she raptured her anterior cruciate ligament before even starting her career at the club in the south of Russia is another story.
The bottom line is, that Jan Leslie and Rostov-Don are not only the logical, but also the huge favorite in the two matches against Kim Rasmussen and CSM Bucuresti.
The Romanian side may be able to hang with the Russian top team in the first game at home, at Polivalenta Ioan Kunst Ghermanescu arena, but over the course of two matches, with the second leg being in Rostov, they do not stand a chance.

The end result may not be as black-and-white in the meeting between HC Vardar and Larvik HK, but the general conditions are more or less the same as in the case of Rostov and Bucuresti, with Vardar being the wealthy club and Larvik the poor team.

Last year, Larvik was close to going bankrupt and the club´s financial situation caused the Norwegian Handball Federation to impose limits on the number of professionals that the organization could sign, so that only 16 players on contract were allowed.
In combination with injuries and Linn-Kristin Riegelhuth Koren´s maternity leave, it forced the Norwegians to enlist amateurs in several matches, and last year´s Champions League finalists, would not have gotten as far as they did this season, had it not been for coach Tor Odvar Moen.  And this brings us to the interesting duel in this game:  The “club man” against the “money man” – Tor Odvar Moen versus Sergei Samsonenko.

The Russian billionaire rules “handball” at Vardar Skopje.  Samosenko makes sure that head coach Indira Kastratovic – and for that matter, Raul Gonzalez, coach of the men´s team – always have the players they need to compete at Europe’s top level.

In Larvik, Tor Odvar Moen has been the man for any task for the last 19 years.  During this time, he did have numerous functions at the club and not all of them were paid jobs.  He has been the loyal “club man”, who has always been willing to lend a hand whenever needed.  Now, he holds the job of head coach, just as he did when he led Larvik to their greatest triumph to date – winning the Champions League in 2011.

His laid-back and very Scandinavian way of interacting with his players together with the dedication that goes with having a big heart for Larvik’s handball organization cannot be emphasized enough, when trying to explain the squad’s success this season – more or less against all odds.

Denmark´s former national football coach Morten Olsen once said: “You always run further for a friend than you do for a colleague!”

Moen most definitely has run far for Larvik and he and his crew have a good chance against Vardar, who may have more money, but who have also experienced some turnover with the sacking of Danish coach Jan Pytlick.
Who will book the ticket to the FINAL4 – “club man” or “money man”?

To me, the pendulum swings slightly towards the “money man” and Vardar, but I won´t bet a fortune on it!