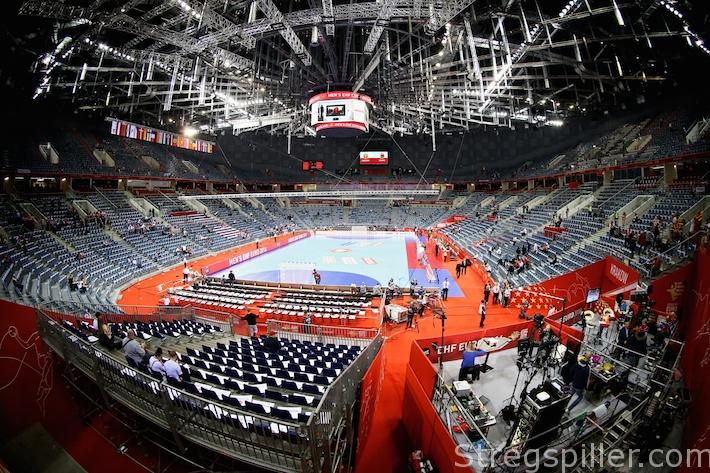 Rivals For A Decade

Rivalries make all sport interesting, that’s for sure. After looking at what makes Kiel against Flensburg probably the most entertaining rivalry in handball these days, I want to take a look back at maybe the biggest rivalry ever in our beloved sport, if you ask me.  The 1990s saw the end of the Soviet Union and former Yugoslavia, but rivalries lived on, because Russia remained a handball superpower, while a new challenger came up – Sweden.

The Swedes impressed with a fourth-place finish at the 1986 World championship, but after winning two titles in the 1950’s and a silver medal at the 1964 edition, they had a tough time continuing their success, especially during the 70’s and early 80’s.  Everything changed for good when Bengt Johansson took over the team in 1989.  He led the Scandinavians to three Olympic finals in a row, two World championship titles and four first-place finishes at the European championship.

Usually legendary teams have big rivals and while the Balkan war caused big trouble for all kind of athletes in Yugoslavia, the Soviet Union had already fallen apart earlier, and Russia was still strong enough to keep up with the Swedes.  The final of the 1990 World championship in Prague was probably the start of the best rivalry in handball history.  Sweden beat the Soviet Union 27:23 and won a major title for the first time since 1958.

Just two years later, at the 1992 Olympic games, the two sides met yet again.  The Soviet Union was now called “United Team”, and it was united enough to win a close encounter 22:20.  Many thought it might be the last hooray of the former CCCP, with Talant Dujshebaev from Kyrgyzstan and many other key players, like Mikhail Yakimovich, Andrei Minevski or Serhiy Bebeshko, the hero of the final (he scored five times), coming from Belarus.

But players were given free choice to continue playing for Russia. Some of them did while others did not and new young players came up who were eager to prove their talent.  Still, the next two years where some kind of transition.  While the World championship used to take place every four years, the 1993 tournament in Sweden started a new era.  The hosts were stunned by their new rival, losing the decisive main round game by a score of 20:30. The rivalry was now official.

It continued one year later at the first ever European championship in Portugal.  The “Bengan Boys” hadn’t forgotten the embarrassing defeat on home soil and crushed the Russians 34:21 in the final.  While both sides didn’t meet in the 1995 World championship the Russians won the semi-final of the 1996 EURO’s in Seville, on their way to the title. And, surprise surprise, the Olympic games just months later saw another classic, this time Sweden had the upper hand again during the group stage (22:20).

The best time of the rivalry between Sweden and Russia came in the late 90’s and saw legendary encounters being played all over the globe, like in the 1997 World championship final in Japan, won by the Russians (23:21).  One year later, in Bolzano, Italy, Sweden advanced to the EURO final and claimed the title thanks to a 27:24 win against Russia in the semis. It marked the last time both teams met that early in a tournament.

At the 1999 World championship in Cairo, the 2000 EURO in Zagreb and the 2000 Olympic games in Sydney the final included Sweden and Russia every single time.  It also included a stunning double-overtime game in Croatia, won 32:31 by the North Europeans, who were looking for the triple in “Down Under”, but couldn’t complete their mission, losing their third Olympic final in a row.  Russia was on top of the world of handball for a last time.

Do you know how the story continued?  After clashing in the final in Egypt in 1999 both sides have not met again at a World championship until today!  They also have not faced each other again at the knockout stage of a single tournament after the Gold medal match in Australia.  But it doesn’t matter if the era of Sweden against Russia is over, because it will be remembered as the most entertaining, the fiercest and probably the best handball rivalry of all time.

World championship 1995 in Iceland, didn’t meet each other