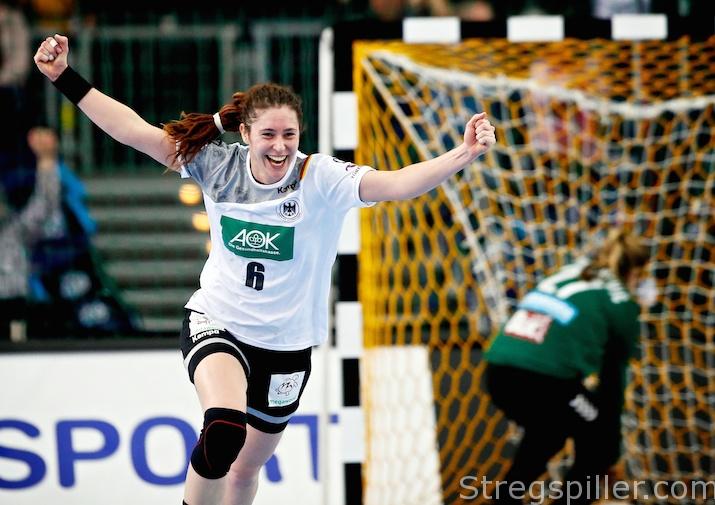 Germany’s performance against Serbia had plenty of of ups and downs. A good start and a four-goal lead was almost wasted, but the host nation of World Cup’17 came back from a second-half deficit and showed tremendous fighting spirit against a very good Serbian defense. I talked to line-player Jenny Karolius after the match about mixed emotions, the game itself and the actions of her coach Michael Biegler, who was quite active on the sidelines – again.

Congratulations for reaching the knock-out stage and for winning a point against Serbia, because it had almost slipped from your hands. Do you agree?

JK: It’s true – it was some sort of a roller-coaster ride. In offense, we made some really easy mistakes and conceded some stupid goals. I’m happy that we were able to turn it around, because it was a good performance by us and we even took the lead close to the end. It’s a shame that we didn’t win.

As you said, you can be happy about the draw, because after your strong start, Serbia was able to control the tempo of the match, something you wanted to avoid…

JK: Yes, because we couldn’t follow our game plan anymore. We lost too many balls in offense, especially because their top defender took the structure out of our game. In the end, we did quite well and, yes, we will just continue like that.

But you don’t feel totally satisfied?

JK: No, obviously not. Because if you lead 30 seconds from the end and you hold the ball in your hands and then you concede a shitty goal like that … well, we will analyze it and see what happens in the next matches.

Are you allowed to be mad at your coach as a player?

JK: Hahaha, well, I don’t think there’s a reason for it.

But there was a two-minute suspension against him during crunch time?