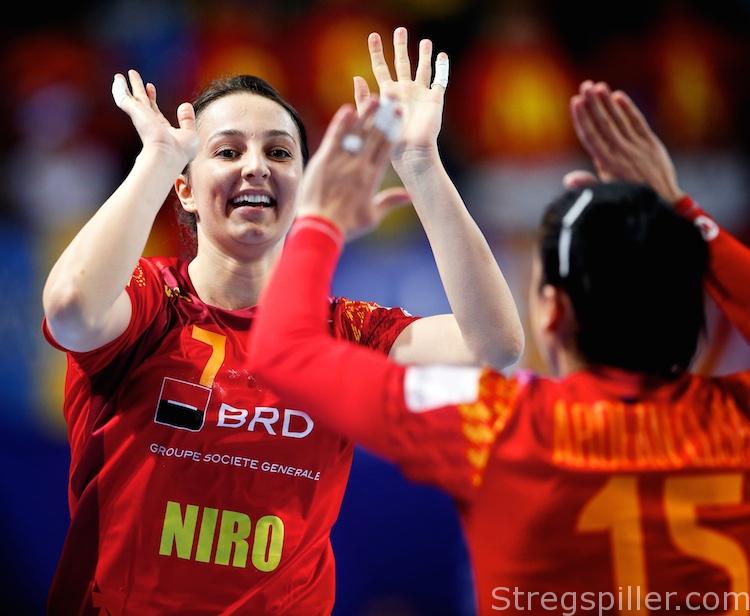 MATCH REVIEW – Romania were already leading by nine goals, before the Czech Republic launched a late comeback, stopping short of a tie.

*The match was played on the 100th anniversary of Romania as a nation state.

*Apart from striving for two crucial points, Romania were about to avenge a 28:27 defeat to the Czechs in the Round of Last 16 at the 2017 World Championship.

*Both teams were led by two of the most exceptional skilled goal-scorers in the game – Cristina Neagu (Romania) and Iveta Luzumova (Czech Republic).

The match appeared to be decided, when Romania was leading by nine goals early in the second half and after dominating the better part of the game.

However, the Czechs showed great moral and got within two, before the Romania managed to set things straight in the final minutes.

The scoreboard did not lie how the match was going. Romania were completely in charge, and by minute eight they were ahead 6:1.

The Czech 5-1 defense was no real challenge to a very concentrated attack led by Cristina Neague, and the Romanians stayed up five goals for most of the half.

And, it did not boost the Czech’s defense effort when Kamilla Kordovska was sent off with three “two-minute” suspensions after 21 minutes already – a call that made her leave the arena visibly distraught, although, she returned after a few minutes.

On the court, Romania continued to run the show, leading by seven goals (16:9) at the break.

While Romania´s coach, Ambros Martín, provided court time for most of his bench, his colleague, Jan Basny, stuck to his core lineup and 5-1 defense formation. And it finally began to pay off, as the Czechs drew closer after being down 22:13 early in the second half.

With less than five minutes left in the game, Marketa Jerabkova cut the gap to two goals only, when she reduced to 28:26, scoring into an empty net.

For a moment Romania must have remembered the Round of Last 16 match at the World Championship, last year, when they surrendered a clear lead at the end of the match.

This time, however, they managed to ride the storm. The Czechs cut the deficit on two more occasions (29:27 and 30:28) but when Cristina Neagu made it 31:28 with 20 seconds left to play, it meant game over.

“I am happy with the win, although we had some problems, especially in the defense, in the second half.

“However, I think we played better handball compared to the Czechs for 90 per cent of the 60 minutes, and this definitely justifies our victory.

“Even when the Czechs got within two goals, I did not fear a remake of last year. I felt that we were better than them, and that kept me calm.

About becoming the highest scoring player in the history of the European championship:

“That is nothing I think about at all. As long as we win, it doesn’t matter to me who scores the goals.

“I simply focus on doing my best for my team.”

“We played a terrible first half – part of the explanation is that we played with one a player less for most of the time.

“However, it does not excuse a seven or eight goal deficit.

“In the second half, we improved a great deal but unfortunately, our comeback came to late and did not last all the way.”

Romania will be put to a bigger test on Monday, when they meet Germany who performed a remarkable win, defeating Norway 33:32 earlier on Saturday.

Based on their performance for most parts of the game, Romania looks like a force to be reckoned with at EURO 2018.

Despite their comeback, the Czechs did not look like a team that will play a major role at this championship and certainly do not resemble the squad that reached the quarterfinals, at the World Cup in Germany, in 2017.