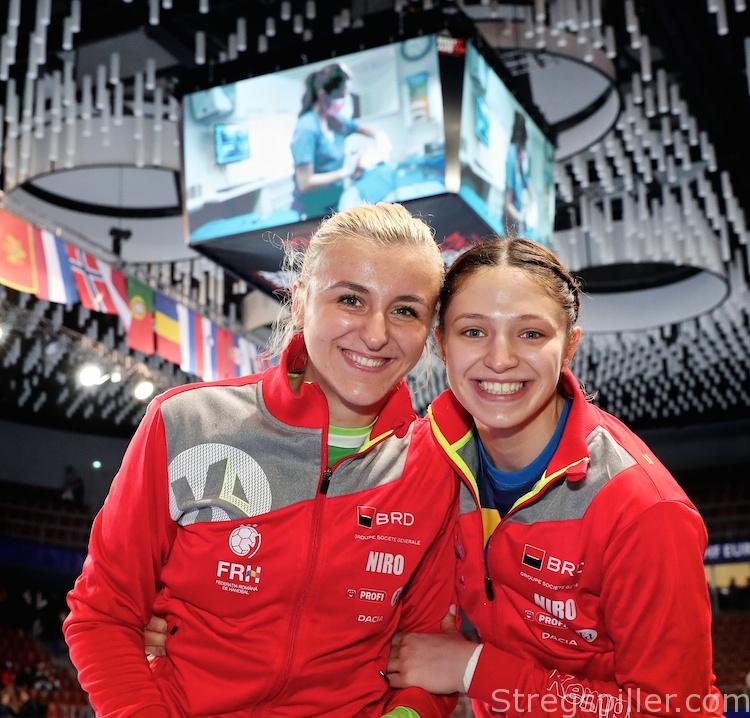 MATCH REVIEW – Romania did not only win Group D, they’ll also take a maximum of four points to the main round, as they humiliated the reigning European champions from Norway, in the last group match, in Brest.

*Both teams had qualified for the main round already, but Norway needed the two points more than Romania.

*Norway appeared to be back on track after their 31:17 win against the Czech Republic, while Romania took to the court looking for win number three.

*Norway´s coach Thorir Hergeirsson had to sent left wing, Thea Mørk, back home, after she re-injured herself in the match against the Czechs. This opened the door for veteran, Camilla Herrem, who flew in as a precautionary measure.

I did not expect to live long enough to see a Norwegian women’s handball team fall apart the way they did in this match.

In contrast, Romania played an outstanding game and fully deserved to win.

Actually, it was quite alarming to witness such a dismal performance of Norway, especially in defense, usually the strongest part of the team. But, for a second time in the tournament, Oftedal & Co. conceded more than 30 goals.

When were Norway down by six at the half? And when was the last time the team gave up 18 goals in the first 30 minutes?

Anyway, that’s what happened in the first half at Brest Arena, where it was difficult to see how Norway would be able to bounce back.

In the beginning, both teams seemed to neglect their defense work, taking turns in scoring goals. It continued until the score read 8:8.

Then Neagu & Co. began pulling away. Several ill-advised shots and technical mistakes cost Norway dearly. Add to it an effective Romanian counter attack and a powerful offense and a 17:10 lead becomes more explicable.

The fact that neither Silje Solberg nor Katrine Lunde could get their hands on the ball didn’t help either. On the other side, it was a completely different story, as Yulya Dumanska delivered an excellent performance in goal.

After three halves of terrible defending at EURO 2018, Norway’s defense appeared to be a bit stronger after the break.

But, in attack they kept struggling as they scored only two goals in the first 10 minutes of the half.  And, it did not help that Romania only added three goals of their own during the same time period.

In the minutes that followed, the score kept changing between a five- and a seven-goal lead, before Romania made a decisive push (28:19) with a bit less than eight minutes left on the game clock. Norway had fallen apart.

For the rest of the match, Romania’s head coach, Ambros Martín, provided court time for his entire bench, but Norway could not benefit. And, playing seven-against-six in the final minutes of the game did not help either.

Ambros Martín can take a lot of the credit for where we are today.

“He is the best coach I could think of. He is there for us all the time – in all aspects. He is a great coach!

“We will bounce back.

“Even though we start the main round on zero points, we are eager to improve and we’ll try to win our three remaining matches, in Nancy.

“Then, at the end, we can count the points.”

Romania will carry a maximum of four points to Group II in the main round.  And, based on what we saw in Brest, they must be considered a serious contender for the title.

Ambros Martín has done wonders with the team that by now is so much more than just a one-woman show, called Cristina Neagu.

Norway, on the other hand, enter the main round empty handed and will have to win all three of their matches to keep their chance of reaching the semi-final alive.