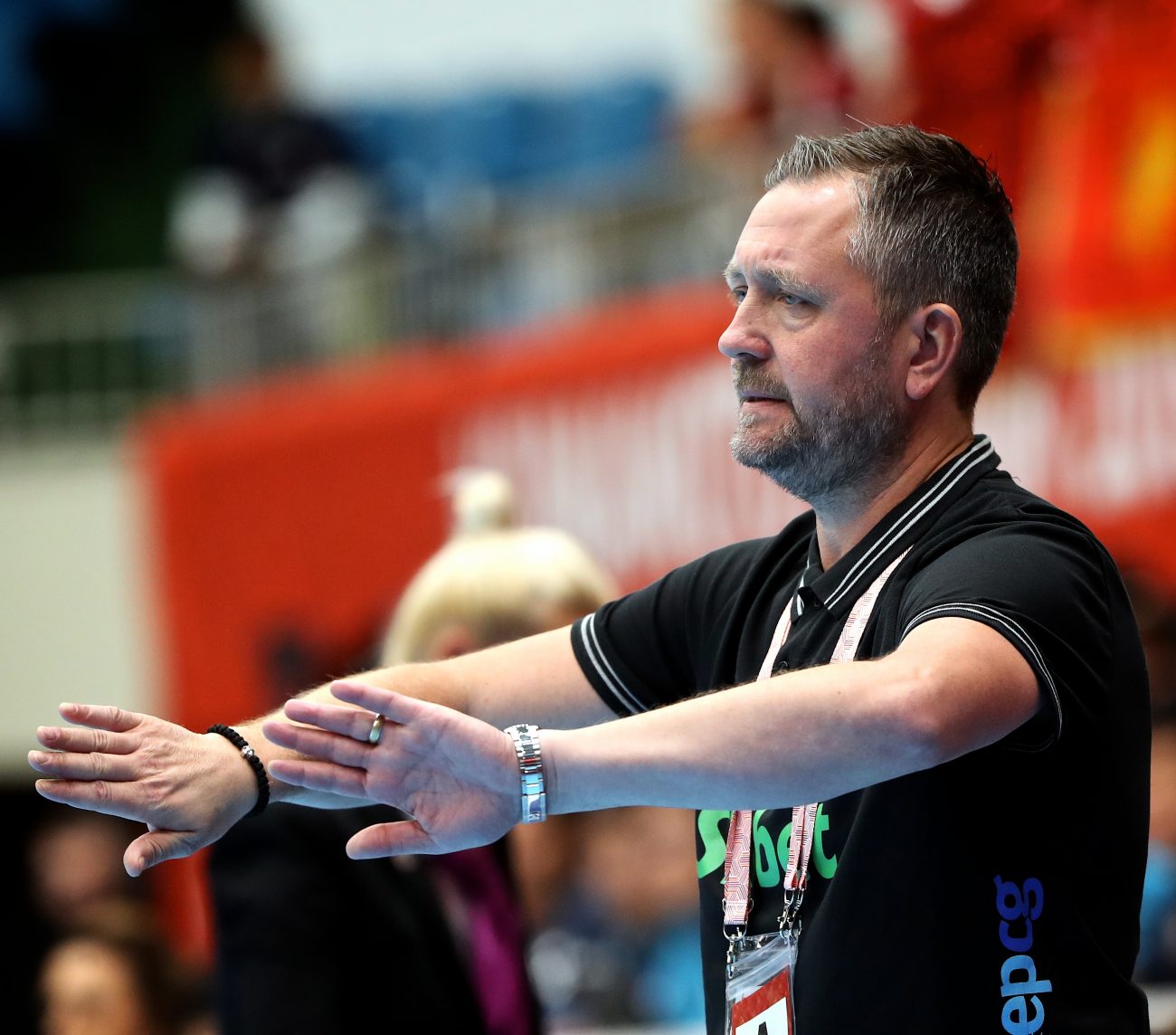 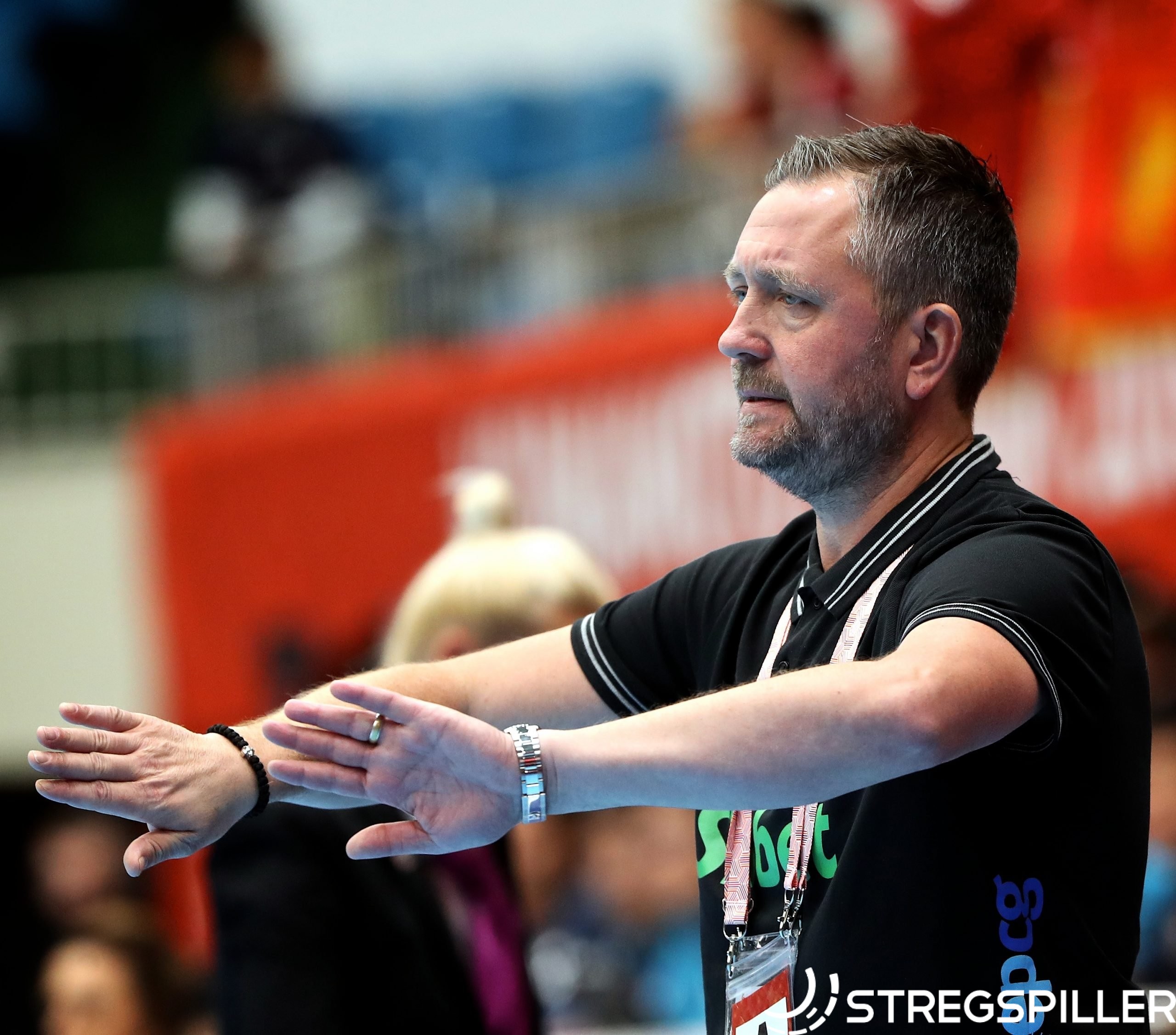 Both teams were missing a number of key players.  Estavana Polman (recovering from knee injury) and right-back, Line Jorgensen (pregnant) would support their Esbjerg teammates from the sidelines, while Rostov’s Anna Sen tore part of her achilles tendon in the recent Superleague game against Kuban and goalkeeper Mayssa Pessoa’s rehabilitation process has been ongoing following her knee injury earlier in the season.

On a positive note, Esbjerg as well as Rostov were able to add two high profile names to their respective roster.  During the week, Spain’s Nerea Pena was introduced to Esbjerg’s fans and Serbian international, Katarina Krpez Slezak, who only recently joined Rostov, would aim to get on the scoreboard for the first time in the 2020/21 DELO EHF Champions League season.

When looking at the table rankings of Group A, Rostov-Don appeared to be the odds-on favorite but that was before the injury of Anna Sen, possibly the world’s best all-around handball player.  Would Esbjerg’s Nerea Pena make the difference and move her team past Krim, who surprisingly claimed a point in Bucuresti, on Saturday.

In the end it was a nail biter.  Marit Jacobsen had the last second chance to secure a draw for Esbjerg, but her penalty shot was saved by Galina Gabisova.

Before the dramatic finish it looked like Rostov was on the road to victory after Makeeva made sure of a three-goal lead in the 59th minute of the game. It would turn out differently.

Rostov took a one-goal advantage into the locker room after a first half short of highlights and marked by prolonged scoring droughts on both sides.

Midway through the half, Esbjerg’s transfer coup, Nerea Pena, took to the court and scored her first goal in the 2020/21 DELO EHF Champions League season only minutes later.  Still, the Russian champion was a bit more productive courtesy of right-wing, Iuliia Managarova and Viktoriia Kalinina in goal (37% saves).

On the opposite side, Esbjerg was kept in the game first and foremost by the long range shooting of Kristine Breistol and Mette Tranborg, but the efficient scoring of Rostov did not allow for more fast-break opportunities were far and few.

After the break, the duo Breistol / Tranborg quickly turned the deficit into a one-goal lead and for about ten minutes both teams traded goals before Rostov began to pull away again.  With seven minutes to go, Per Johansson’s squad was leading by three and there was little indication that Esbjerg could reverse course.

Yet, the squad of head coach Jesper Jensen did not throw in the towel, to the contrary.  Led by a tirelessly Sonja Frey the Danish champion fought back and seconds before time Marit Jacobsen was awarded the opportunity to score the equalizer.  But, Galina Gabisova’s one and only save of the match came at the most opportune time.  Per Johansson had decided to give the Norwegian international a different look for her 7-meter penalty shot and replaced Kalinina with Gabisova in goal, a move that paid off.

It wasn’t much that separated the two teams.  For the most part, Esbjerg defended Rostov’s back-court star, Anna Vyakhireva, successfully and her impact was limited.

Jacobsen’s missed penalty shot could have secured a draw and rewarded Esbjerg for their steadfast effort.  It didn’t turn out this way and Rostov kept their lucky Champions League streak going, as they remain unbeaten, tied with CSM Bucuresti for the top spot in Group A, and with one game less played.

Iuliia Managarova’s six goals stood out and it was enough to grab the award once again.  It could have easily gone to her teammate, Viktoriia Kalinina, who delivered an outstanding performance in goal, stopping 14 of 38 shots (37% saves) coming her way.

Per Johansson (coach Rostov-Don): “No stupid two-minute penalties”, advising his players in the very last time out of the match, anticipating a dramatic ending despite his team leading by two goals.

Rostov-Don is scheduled to play their next Champions League match on November 19 (Thursday) in Bucuresti, a game that could break the tie between the two teams for the number one spot in Group A.