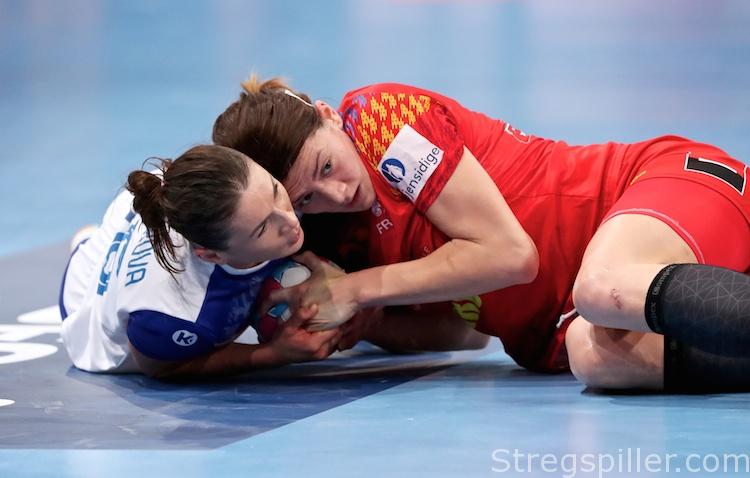 MATCH REVIEW – After a troublesome first half, Russia cruised to their first European championship final in 12 years, as they allowed Romania to score only on seven occasions in the second half, in the first semi-final in Paris, on Friday evening.

*Russia had been preserving their physical resources, losing matches they did not need to win.

*Romania were hit hard missing their star player, Cristina Neagu, and the biggest question ahead of the semi-final was how the team would cope with the loss.

*While Romania were European champions once (2000), this title had eluded Russia, thus far.

Romania did very well, compensating for Cristina Neagu in the first half, when they were leading most of the time, while scoring 15 goals.

In the second half, however, the team of Ambros Martín ran out of steam and ideas. As a consequence Russia were completely dominating and left no doubt that it would be them, attending their first European championship final since 2006.

In his efforts to make up for Neagu´s absence, coach Ambros Martín let Gabriella Perianu and Bianca Bazaliu take turns on the left back position, while keeping Eliza Buceschi as playmaker.

But, surprisingly, he started with right-handed Cristina Laslo as right back, before replacing her with Ana-Maria Dragut after 13 minutes.

Russia´s coach, Evgenii Trefilov, stuck to his known and tested backcourt line consisting of Anna Vyakhireva, Dari Dmitrieva and Anna Sen. Yet, only Vykakhireva was a threat to Romania’s defense, scoring no less than eight goals on nine attempts.

Even without Neagu, Romania were the better team, most of the time. Enthusiastically, supported by Neagu, who was still in attendance, they opened the match with several two-goal leads, but the Russia came back towards half time.

Iuliia Managarova equalized at 15:15 before the teams changed sides with Russia enjoying a narrow advantage.

As it turned out, Romania had played their part in the first half, as there was only one team on the court in the second half and that was Russia.

It took almost eight minutes before Romania scored their first goal after the break. By the time Melinda Dragut hit the back of the net, Russia had already scored three goals and created a bit of a cushion.

Sticking to his usual lineup paid off for Trefilov and even though his team did not exactly play a fantastic game of handball, their strong defense became too much for Romania to deal with.

Vyakhireva picked up where she left off, and when all was said and done, her goal total to had increased to 13. Russia went on to lead by eight (27:19 and 28:20), before Romania were allowed a couple of consolation goals towards the end of the match.

“In the first half, we had huge problems in our defense, where the gaps between our defenders were just too big, and often we were in doubt, which player should move forward.

“After a good talk about this issue in the locker room, we were in a much better position in the second half – our defense became the deciding factor, I think.”

“Even though we only scored seven goals in the second half, I actually think our problems were mainly in the defense.

“We did not manage to fight off Russia’s offense and the frustrations spread to our attack – so, I do think that our problems were residing in defense, rather than offense.”

Russia can prepare for a final match against France, on Sunday, while Ambros Martín has to find a way to motivate his players for the bronze medal game against the Netherlands earlier that very same day.