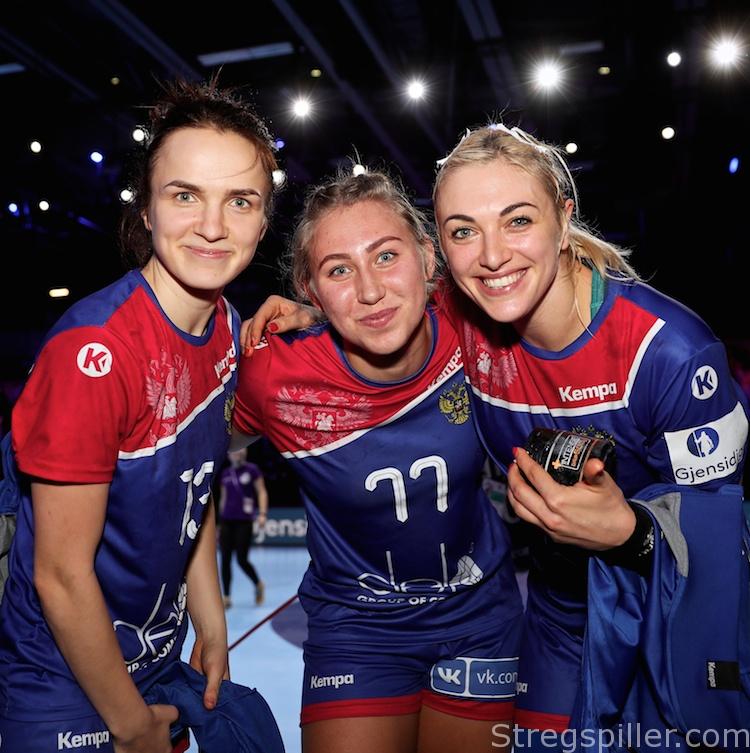 Russia to the semifinals

MATCH REVIEW – Following an impressive performance against a weak Danish team, Russia booked the semifinal ticket at a European championship for the first time, in ten years.

They are the first team to qualify for the semis ay EURO 2018, while Denmark lost their last theoretical chance to reach the final round in Paris, at the end of this week.

*A draw would get the job done for Russia and even in case of a defeat their chances wouldn’t diminish significantly. They still would be in a position to determine their own fate.

*Denmark were in need of a victory, but even a successful outcome would not take them anywhere, unless they’d win their last main round match against Montenegro and other results would have to go their way as well.

*Russia had only 22 hours of recovery time following their 29:25 win against Serbia, on Sunday evening, while the Danes had three days of rest.

Denmark´s coach, Klavs Bruun Jørgensen, stated before the match that his team would have to “hit the day” if they were to stand any chance against the 2016 Olympic champion.

To make a long story short short – they did not.

Russia did not need long to take full control of the game.

Denmark had been working hard to stabilize their defense, and actually it did look better at the start, but when Russia´s attack adjusted, they found the gaps and exploited them to the full extend.

At the other end of the court, Russia’s defense did not allow much, making life difficult for the Danes, and in goal, Anna Sedoykina did a fine job, saving two of three Danish penalties shots.

For a moment it looked like Denmark were reinforced in goal, when Althea Reinhardt replaced Sandra Toft at the score of 10:5 (22nd minute), but it did not take Russia long to read Reinhardt as well, and as a consequence Russia continued to lead by four to five goals for the rest of the half.

If Russia’s players were supposed to be tired after Sunday’s match, I would really like to see them play when they are well rested. They did not show any signs of fatigue.

A desperation move of head coach, Klavs Bruun Jørgensen, playing seven-against-six, did not bother the Russians at all, nor did the 5-1 defense formation, the Danish coach introduced.

After scoring the first two goals after the break, Russia increased their lead to seven goals and went on to humiliate a helpless Denmark.

Head coach, Evgenij Trefilov, began rotating his bench, but a no time did the Russians let go of their breathtaking pace – speed the Danes simply could not keep up with.

In the final minute of the match, Elizaveta Malashenko increased the margin of difference to 11 (32:21) – the biggest Russian win against Denmark ever.

“We just had the better start – in defense as well as in attack.

“Today, it was a real team effort against an opponent who we were afraid of – I am really happy that we are in the semi-finals already with one match remaining.

“Now, we have some time to rest before the last game, a match we will take very serious.

“Right now, I am very disappointed, but I acknowledge that Russia played very well.

“We will prepare very thoroughly for our last match against Montenegro, as it is extremely important for us to exit the tournament, while leaving a decent impression.

Russia can look ahead to the semifinals on Friday, in Paris.

The last opponent in the main round will be Sweden, and even though Evengii Trefilov swore that he won’t be resting any of his key players, it would be a huge surprise if he doesn’t.