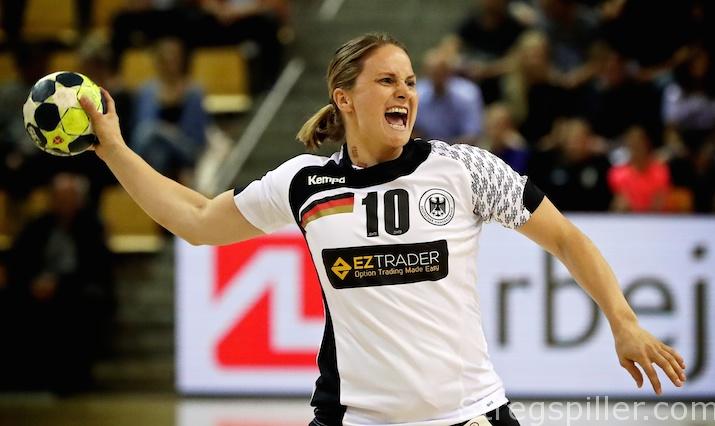 Looking ahead to a tournament is always a nice thing to do, because you’re full of expectations, full of energy and ready to watch some outstanding handball.  The questions prior to the start of a major competition always remain the same: Who will win? Who will surprise? Who will disappoint?

First, let’s take a look at the teams that should fight for medals as well as the host – Germany.

The reigning World-, and European champion, Norway, is the team to beat, no doubt about it. The Scandinavians can rely on everything you need for being successful – two fantastic goalkeepers and a roster of the highest quality. They still possess enough experience on the big stage and continue to win even though key players have stopped their international careers. New talents have emerged and taken over. How can you bet against them?

Nora Mørk, the big new star of women’s handball, took the step everyone expected her to make, and has established herself as a world-class player in Györ.  Although she is just 26 years old, she is just short of  scoring goal number 500 for the national team – an impressive accomplishment. Kari Grimsbø, and Katrine Lunde are a goalkeeping duo every coach is dreaming about. And line player, Heidi Løke, came back in record time after her pregnancy. This Norwegian team is a beast.

Still, the Dutch team might be even stronger. After reaching the finals  of the past two major handball events – Olympic games aside – and losing to Norway both times, the players around Nycke Groot are poised to defeat the team of coach Hergeirsson. Meanwhile Helle Thomsen has taken over from Henk Groener and she knows exactly what is needed. The Danish top coach does not only rely on a handful of good players, but almost a dozen. It certainly helps – especially during a long tournament. Lois Abbingh, Danick Snelder, Estavana Polman, Tess Westers and Yvette Broch are only a few of the players you should pay attention to.

Rounding up the Big Three is Team France at least that’s what I hear when talking to the experts of women’s handball. While the roster might lack a handball genius on the offensive end – former World Player of the Year, Allison Pineau, just returned from a long-term injury – their defense capability is seen by many as the best in the world, not the least because of the two goalkeepers, Amandine Leynaud and Cleopatre Darleux as well as defense specialist, Beatrice Edwige.

Pineau & Co. bring a physical presence to the floor that’s tough to match – it should be good enough to reach the semi-finals.

Germany – call them a dark-horse or challenger. I wouldn’t rank the team of coach Biegler amongst the favorites, but it is the host nation, reason enough to list them as one of the countries that will make a serious run towards the final round in Hamburg. To achieve it, the team will have to ride on a wave of euphoria, pushed by the crowd to highs not seen before. It’s possible, as the only real threat during the group stage appear to be The Netherlands. And as you may recall, one year ago at EURO 2016, in Sweden, Germany was able to defeat the Dutch squad in the very first match of the tournament.

It might be harsh, but I think only Romania and Russia have a serious shot at making it to Hamburg, unless something really crazy happens. Romania is very dependent on Cristina Neagu. But it’s difficult to find arguments against the three-time and reigning World Player of the Year.  I think it’s time for Eliza Buceschi to leave her mark at a big tournament.  She has the talent and quality, and maybe she has the mindset as well?

Russia is a totally different story and usually do not depend on one single player. But Evgeni Trefilov, a legend on the sideline, is known for making strange and often weird decisions.  If he brings the best team available, including stars like Ekaterina Ilina or Anna Vyakhireva, it won’t be easy to oust the 2016 Olympic champion. Coach Trefilov, could win his fifth World championship, but with him you never know.  A well-educated prediction is almost impossible.

My dark-horses are led by a prominent trio of handball nations – Denmark, Sweden and Spain.  Denmark looks like a carbon copy of Russia, just at a lower level.  All Danish players are all good handball players, but I don’t see too much world class talent on the roster. Don’t get me wrong, Denmark will always have a decent team, but will it be good enough for winning a medal?  Right now, probably not, but at the same time we should not rule them out from the get go.

Sweden somewhat resembles Romania, with Isabelle Gulldèn being the Scandinavian answer to Cristina Neagu. The Swedish team is limited, especially in the back-court, but I always liked their defense and I very much appreciate the work of Sabina Jacobsen as the anchor.  However, it needs much more than that to go deep into the tournament.  One year ago, the Swedes couldn’t deliver on home soil despite the support of the crowd. Why should they be able to step it up now?

Spain –  so much talent, but what did the crew accomplish in recent years?  Not much since the bronze medal at the 2012 Olympics and a final appearance at EURO ’14.  Maybe we overestimate the team. On the other side, be aware of their fighting spirit and the impressive talent of Carmen Martin or the powerful Alexandrina Barbosa.

Maybe the darkest of all the dark-horses is the Czech Republic.  An extremely interesting squad. If you haven’t heard of Iveta Luzumova by now, I can’t really help you.  Her first step is second to none, but she needs help as she doesn’t possess the shooting qualities of Cristina Neagu or Nora Mørk.  I think making it to the quarterfinal is not entirely out of reach for the Czech team, but first they have to escape from the toughest of all groups.

Too good for the President’s Cup, but (probably) not ready to go far are teams like Angola, Poland, Hungary, Montenegro, Brazil, Serbia and South Korea.

REST OF THE HANDBALL WORLD

Slovenia, Paraguay, Argentina, Japan, Tunisia, China, Cameroon are there for the experience.